Exclusive: Israeli Astronaut’s Passover Seder Will be Out of this World - The Jewish Voice

Exclusive: Israeli Astronaut’s Passover Seder Will be Out of this World 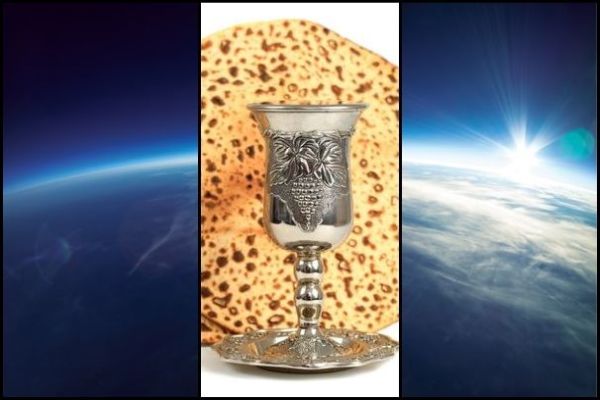 Let’s be clear about one thing: Israeli astronaut Eytan Stibbe originally wasn’t supposed to be aboard the International Space Station (ISS) during Passover.

But the original launch date of March 30 was delayed so that SpaceX and Axiom Space could complete preparations for the Crew Dragon space capsule carrying Stibbe and three other astronauts to the ISS. The flight was delayed to April 8, which meant thousands of Israelis were glued to livestreams of the launch less than an hour before Shabbat began.

As planned, Stibbe, a former fighter pilot, will spend eight days on the space station 400 km above the earth, running experiments in partnership with leading Israeli researchers, companies and high school students.

The 64-year-old astronaut will also be making the first Passover seder in outer space. And he is certainly prepared.

In a Zoom conference call with reporters ahead of the launch, Stibbe elaborated on the importance of the holiday.

“The seder, Passover, is all about freedom, which is a value we celebrate annually and remind ourselves about the importance of freedom,” he said.

According to the Chabad.org website, Rabbi Zvi Konikov of Chabad of the Space & Treasure Coasts delivered to Stibbe a Passover care package that included, among other things, hand-made matzot and several small boxes of grape juice that he can drink through straws.

“If it’s important that an astronaut, with so much on his mind, just three days before the start of his mission is getting matzah, that sends a powerful message to every Jew wherever they are that they should also make sure they have everything they need for Passover,” Rabbi Konikov said.

“There are five important things Jews needs to do for their seder,” said Rabbi Ari Enkin, United with Israel’s rabbinic director. “Eat matzah, tell the story of leaving Egypt, drink four cups of wine or grape juice, eat the bitter herbs, and say the Hallel praises at the end. In extreme circumstances, everything else is negotiable.”

The trickiest issue, Rabbi Enkin said, is that Stibbe won’t be in any time zone and loses the advantages of clear times based on sunrise and sunset.

Does that mean Stibbe would keep one day of Yom Tov, like they do in Israel, or two days?

“Where there is no established Jewish community, the requirement of two days does not apply. Like if you were in Antarctica for Passover,” he said. “It’s the Jewish community that demands the second day. So regardless, he should keep one day.”

What about leaning during the seder? There’s no concept of leaning in weightlessness.

“Leaning is very important part of the seder. It’s the act that symbolizes freedom from slavery. Whenever we eat matzah or drink wine, it’s very important to be leaning,” Rabbi Enkin said.

“However, there’s a famous rabbi from the 12th century known as the Ravia. His opinion is that nowadays, since it’s not the custom of kings to lean, there’s no obligation to lean at the seder. So, if there’s no possibility of leaning, he can rely on the Ravia that the mitzvot (Torah commandments) of the night have been fulfilled. The rest of us should be leaning when matzah and wine are consumed.”

How about drinking four cups of wine or grape juice through a straw?

“That’s not a problem as long as he consumes the majority of a cup. That’s the minimum that need to be consumed,” said Rabbi Enkin.

Another unusual problem in weightlessness is hand washing with a cup, which is ordinarily done twice during the seder.

“I don’t know how they shower or wash hands after using the restroom,” Rabbi Enkin said. “But when netilat yadayim cannot be done, the advice is to wear gloves.”

“Urchatz, the seder’s first hand-washing, is less vital, but for rachtza, an effort should be made to wash hands with a vessel somehow in outer space if it’s possible.”

Fortunately for Stibbe, enjoying hot, kosher for Passover food aboard the space station shouldn’t be an issue.

“If the food is double-wrapped, it’s bullet proof in Jewish law. That’s what we do with kosher food on airplanes,” said Rabbi Enkin.

“And Jews are not allowed to put themselves in danger and shouldn’t go into outer space. We had Ilan Ramon make Kiddush in outer space and other mitzvot. It was a great Kiddush Hashem [sanctification of God’s name]. Unfortunately, Ramon died on the way back to the Earth. But if space travel becomes more routine, the view on its risks might change.”

However, Rabbi Enkin stressed, “What Stibbe is doing is very commendable. He’s showing that a Jew never leaves his Judaism behind. Wherever you go in the world — or out of this world — a Jew takes his Judaism with him.”