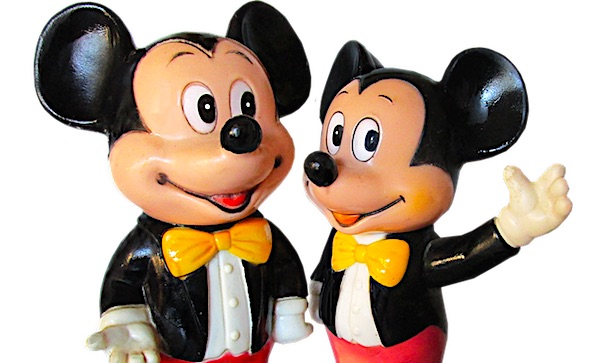 By Bob Unruh(WND NEws Center) Florida Gov. Ron DeSantis on Friday signed into law the legislature’s plan that eliminates the Reedy Creek Improvement District, that special government privilege that was created nearly 60 years ago and allowed the Disney megacorporation to run its parks and other properties in Florida essentially without government oversight.

DeSantis has requested the legislation because of Disney’s decision to bash a new state law that bans LGBT indoctrination in public schools for students in kindergarten through grade 3.

Joe Biden had, only hours earlier, lashed out angrily at the GOP for its provision to protect parental rights and children in Florida.

He was trying to raise money for Democrats when he blasted DeSantis and his state.

“Christ, they’re going after Mickey Mouse,” he said in a profane rant.

Earlier in the week, Colorado Gov. Jared Polis, a homosexual, openly invited Disney to move to the mountain state, claiming that there, the government doesn’t interfere with the internal workings of corporations.

He was, however, wrong, as Colorado has actively attacked multiple Christian-owned companies for declining to violate their owners’ faith standards by promoting homosexuality.

The state even famously earned a public rebuke from the U.S. Supreme Court for its interference in Masterpiece Cakeshop, whose owner, Jack Phillips, was ordered into a reindoctration program by the state for refusing to promote homosexuality with his baking artistry.

The court gave Phillips the win in his dispute with the state because of Colorado’s public “hostility” to Christianity.

Even now, Colorado is demanding to control how a web company, 3030 Creative which designs websites for weddings, runs its operations. The state is demanding the owner, a Christian, promote same-sex weddings online. The state even banned her from explaining she cannot do that because of her religious faith.

That case now is at the Supreme Court.

In Florida, Disney’s operations now will be regulated by two counties, Orange and Osceola, in which its properties lie.

The counties then will assume all of Reedy Creek’s assets, including taxing authority, and liabilities.

WND reported a day earlier when the House voted for the plan 68-38, after the state Senate adopted it 23-16.

The creation of the district back in the 1960s was key to the company’s decision to develop its 27,000 acres. At the time, Disney claimed it needed complete autonomy to plan a “futuristic city” which never materialized.

The action by the state was in response to the company’s interference in state matters. Lawmakers there adopted a law preventing teachers of students in kindergarten through grade three from indoctrinating them with transgender ideologies.

The company publicly opposed it and claimed its goal was to overturn the law.

Disney’s Latoya Raveneau, as seen in a leaked video, told her colleagues in a virtual meeting that she and her team are regularly “adding queerness” to children’s programming. In another leaked video, Disney corporate president Kathy Burke told employees that “as the mother [of] one transgender child and one pansexual child,” she supports having “many, many, many LGBTQIA characters in our stories.” She said she wants a minimum of 50% of characters to be LGBTQIA and racial minorities.

Florida’s Parental Rights in Education law, mischaracterized by opponents as the “Don’t Say Gay” bill, bans “classroom instruction by school personnel or third parties on sexual orientation or gender identity” in kindergarten through third grade. It also bars teaching “in a manner that is not age appropriate or developmentally appropriate for students.” Critics say that could be interpreted to extend through all grades.