Children in crosshairs: The lasting, chilling effect of the Führer - The Jewish Voice

Children in crosshairs: The lasting, chilling effect of the Führer 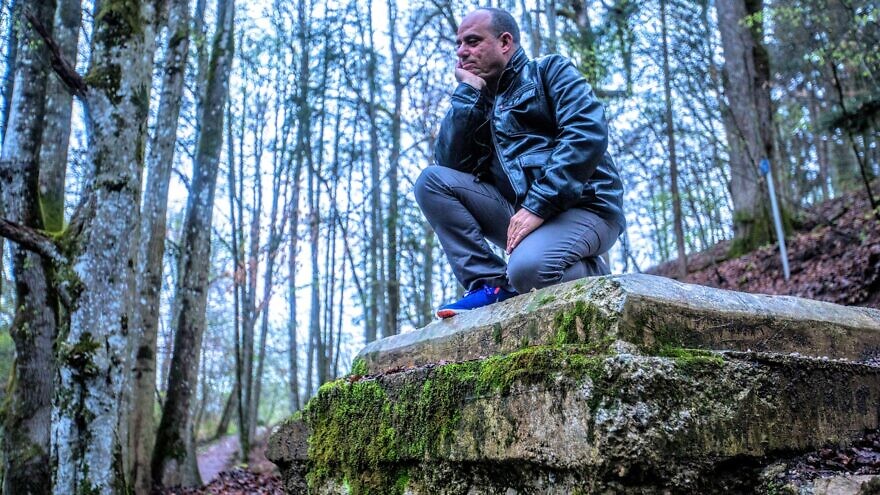 (April 28, 2022 / JNS) The small Jewish boy from Berlin stood a few meters from Adolf Hitler. He waved the salute, ran away and told his parents. Shaken and called crazy for wanting to leave to go to a desert—this was years before Kristallnacht in November 1938—the family decided to leave Germany and head to Palestine.

Ronen Israelski tells this story about his father in his award-winning documentary “The Day I Met Hitler.” Israelski grew up in Herzliya, Israel, and moved to Canada in 2015 when his father died. The 88-minute film features Israelski speaking to several people who met Hitler, with a focus on Richard Reiter. Reiter was a member of the Waffen-SS and served as a soldier in battle in World War II.

The 50-year-old director doesn’t shy away from asking tough questions in this documentary that interviews aged individuals who as children met the Führer and how it affected their lives. Israelski asks Reiter if he killed anyone, and he responds in the affirmative but adds that they didn’t count. Reiter later says he blew up a building where there may have been civilians, and it didn’t bother him when he was 16 but does now as he nears the end of his life.

Reiter admits that he felt superior to others, and in one of the dramatic moments of the film, Israelski asks if Reiter would forgive Hitler.

“I could never forgive Hitler. He killed my brother, my mother, my uncle, three cousins, and I got a broken back out of it,” he says of fighting the Soviets and his relatives who died in battle. 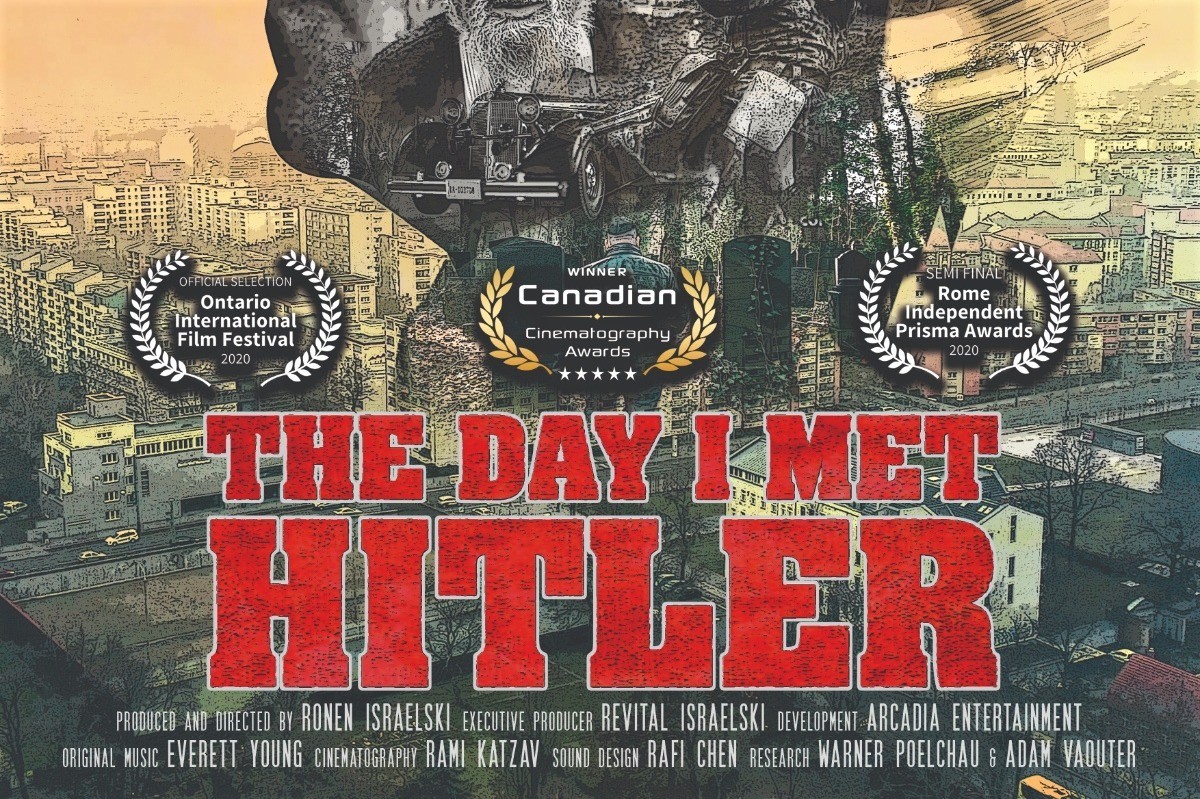 The superb documentary, in English and German, features Israelski speaking to several people who met Hitler. The film won Best Canadian Documentary at the 2000 Ontario International Film Festival, and it has been featured as part of a number of Jewish film festivals and screenings.

One scene includes a startling description by Reiter, who as a boy observed Hitler at odd moments.

“When he pretended to be outraged, he practiced in front of a mirror to see himself if he looked serious enough or angry enough,” recounts Reiter. “He spent hours and hours like a professional actor in front of a mirror looking at himself. He didn’t want anyone to know about this because he wanted to give the impression that it came instantaneously.”

Reiter says Hitler said to call him “Uncle Wolf,” and he gave him and his brother cake and milk; later, he found out that Hitler had been sleeping with his Aunt Maria or “Mitzi.” Calling Hitler’s mustache “that stupid fly under his nose,” Reiter incredibly was instructed to give a message to Hermann Göring, one of the most powerful men in the Nazi Party (after Göring asked to assume power in the final days of the war, Hitler ordered him arrested and possibly executed). Reiter held on to that paper but was late; Göring would be arrested by the Americans.

Amazingly, Israelski was able to find Göring’s daughter, Edda, shortly before she died.

He says he wanted to ask the woman worth $25 million how she was loyal to Hitler when he ordered the killing of her father, but before he could do so, Göring makes a priceless face.

Israelski even travels to Hitler’s vacation home in the Bavarian Alps near Berchtesgaden in Bavaria, Germany, wanting to get the depth of an individual who trounced through Europe and traumatized the entire world for years, and still managed private time for himself. 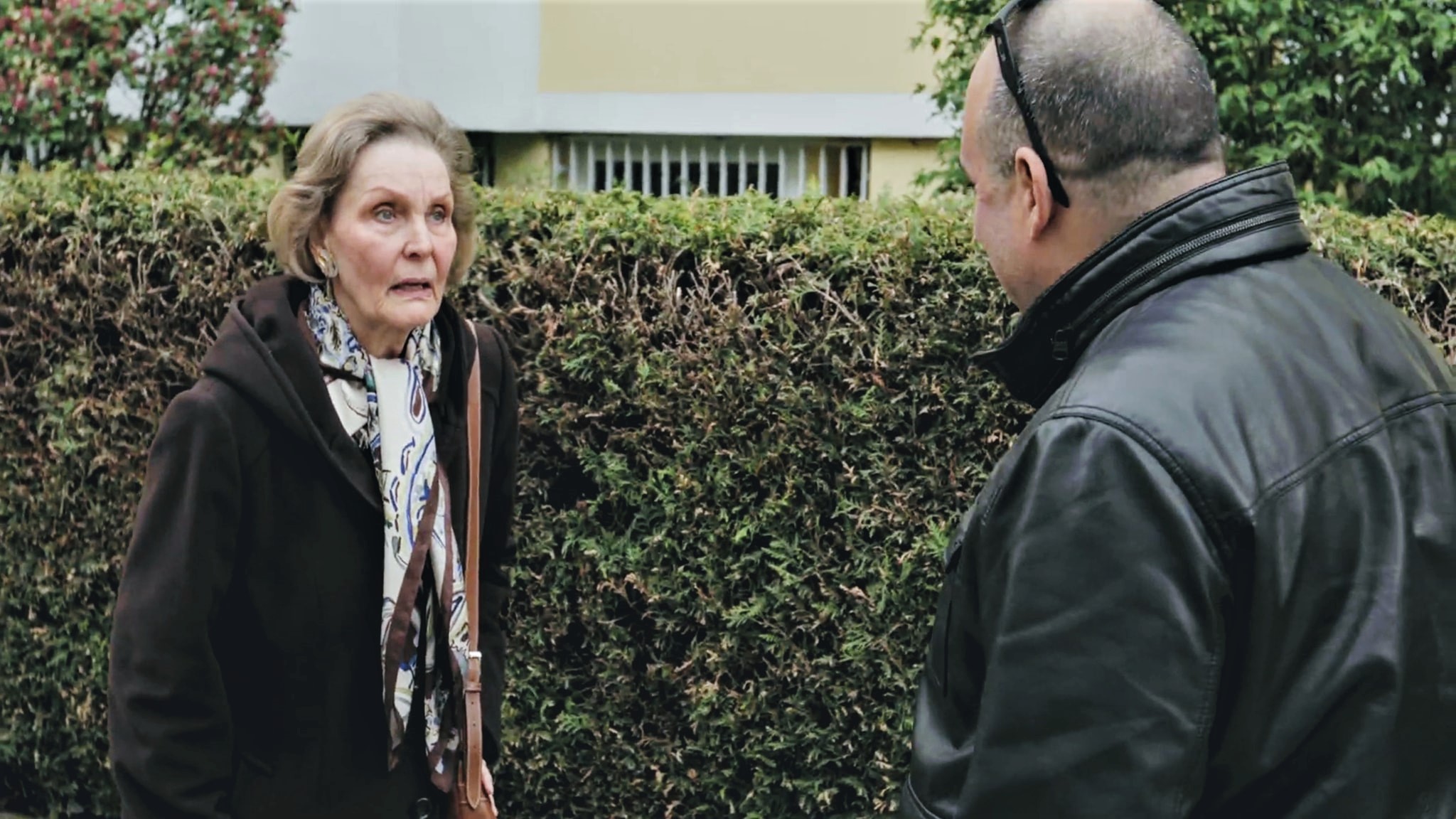 Another incredible component is that Reiter, who was convicted during the Nuremberg Trials and served some years in prison, would be refused entry three times to America, though easily entered Canada and even taught history to Jewish children at a school. Reiter says he enjoyed both that and playing sports, soccer, with them.

One challenge as part of making the film was to meet people while they were alive and could still relate details of history; and, in fact, Reiter and Goring both died not long after he met with them.

Israelski knows most of his father’s family was killed in the Holocaust—a historical event that is singular in horror and should not be compared to anything else. Still, when he wonders about Jews who decided to stay, thinking things would blow over, he said he can’t help but think of Jews in Ukraine a few months ago, who despite mass Russian troop buildups thought they’d be OK, that there would not be an attack.

“My father was traumatized by his encounter with Hitler,” he says. “The last talk I had with him before he died, I promised to share his story. It doesn’t take much for a mad leader to do terrible atrocities.”

The husband and father of three boys affirms that the Jewish state will always be his home. He also notes that all those years in Israel, when he heard the siren sound on Yom Hashoah, he thought of his father’s encounter and the members of his family who were killed.

In all that death, he says starkly, the message is clear: “Hatred has a heavy price.”