“Buy Palestinian Matzot!” Was a Call to Support Zion During the British Mandatory Regime - The Jewish Voice

“Buy Palestinian Matzot!” Was a Call to Support Zion During the British Mandatory Regime 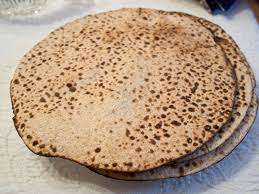 “Buy Palestinian Matzot!” Was a Call to Support Zion During the British Mandatory Regime

Buy Palestinian Matzot! Was a call to support Zion back in the days of the British Mandate.

On April 28, 1926, a headline for a Jewish Telegraphic Agency story read, “Arrangements Are Made to Sell Palestine Matzos in the United States.” It was part of an effort to further expand the growing Palestinian Matzo industry.

Palestine is a name of the land, it is not a nation. It is a title that has been often used for well over two thousand years. During Ottoman (1517-1917) and subsequent post World War One British Mandatory rule, the inhabitants of Palestine whether Jews, Christians, or Muslims were often known as Palestinians.

Palestine Matzos! Those are Matzot from the land of Israel, produced by Zionist industry. Products of the land whether it was wine, honey, or oranges and so many other industries was Palestinian in name and Zionist. Purchasing these products was a way of supporting the Zionist movement. In 1926, a greater push was made to sell Palestinian Matzot to Jews worldwide.

It was a time when there was a wave of Jewish immigrants. Sixty-seven thousand had arrived very recently from Poland. More vibrant industries were needed to provide jobs supporting the Yishuv-(the Jewish community of Palestine).

Samuel Aaronson was a United States representative of the Palestine Flour Mills, which was owned by British philanthropist Edmund Rothschild, who was a strong backer of many Zionist enterprises. Aaronsohn was a sibling of Sarah Aaronsohn, a founder and heroine of the WWI pro-British spy ring NILI, which daringly assisted the British military campaign in Palestine, and NILI co-founders, the agronomist Aaron Aaronsohn and Alexander Aaronsohn. He called for support for purchasing Palestinian Matzot, suggesting that, “Jews here (in America) buy a percentage of their Palestine Matzos with their other Matzos.” This would be accomplished with the cooperation of the Manischewitz brothers who were known distributors of Kosher products.

On February, 11, 1927, the negotiations in America progressed. Samuel Aaronsohn expressed hope, that as many as 600,000 families might purchase Matzot. The flour mill was a six story building with two-hundred workers. Its current output was 20,000 pounds per day. There was hope that with more American Jewish interest, production would dramatically increase.

Other companies became distributors of Matza as well. Yehudah Itim of the Haifa Chamber of commerce negotiated the sale of 100,000 pounds of Matzot from the Flour Company of Haifa to Julius Horowitz, of the New York Mizrach Wine Company. With the agreement reached, Horowitz formed Mizrach Matzo Company.

A week before Passover that year, an appeal by Chief Ashkenazi Rabbi of the Palestine Mandate, Rav Avraham Yitzchak Hakohen Kook, urged Rabbis around the world to have their congregants purchase Matzot from the land of Israel. Rav Kook stressed that their manufacture would provide more employment for the Yishuv.

And so it happened, Palestinian Matzos adorned Jewish holiday tables throughout America, and around the world. It was a means of observing the holiday and showing support for Palestinian Jewry and the return to Zion.