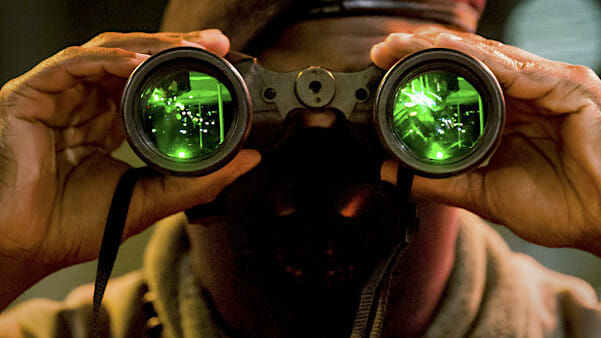 By Bob Unruh (WND) It was only a few weeks back that Project Veritas, which has uncovered dozens of instances of misbehavior in government and elsewhere through its undercover video reporting, charged Joe Biden’s Department of Justice with violating the Constitution by secretly spying on the organization and then strategizing to keep its information demands secret and even hiding its work from a federal judge.

See the explanation from founder James O’Keefe, who is demanding the government return his property.

He confirms the DOJ secretly spied on the journalism organization’s journalists, including their security information, through secret demands for information from Apple and Google accounts.

Those details were obtained when “Apple and Google came forward and provided documents showing that President Biden’s Department of Justice issued nine secret subpoenas to them for multiple Project Veritas journalists’ private information,” the organization charged of the president’s spy operations.

“In addition to compelling Apple and Google not to disclose that the constitutionally protected information of journalists was being surveilled by the highest levels of our government, the Department of Justice sought payment information, MAC addresses, browsing history and other personal information from multiple employees of Project Veritas,” the organization revealed.

It was just last month that “Microsoft Corporation was similarly compelled by the Department of Justice which filed a series of secret warrants, orders, and a subpoena to surreptitiously collect privileged and constitutionally protected communications and contacts of eight Project Veritas journalists.”

The ACLU said it was “deeply troubled” by the “secret electronic surveillance” done by the Biden administration.

And Paul Calli, a lawyer for Project Veritas, charged the DOJ “violated the Privacy Protection Act, the First and Fourth Amendments, and Common Law Reporter’s Privilege.”

“By no reasonable measure can the wholesale seizure of newsgathering materials, attorney-client privileged communications, and irrelevant personal information be considered a proportional response to an alleged low-grade larceny, much less to a non-crime,” said Calli in Project Veritas’ motion filed in response to the disclosures from Microsoft.

Project Veritas called the DOJ’s spying campaign “the latest example of governmental misconduct in, what appears to be, a politically motivated investigation. President Biden’s Department of Justice has placed its crosshairs squarely on Project Veritas’ newsgathering activities pertaining to apparent allegations against then-candidate, Joe Biden, which were made by his daughter, Ashley Biden, in her diary.”

WND reported at the time the Microsoft revelations appeared that Project Veritas of late has exposed electioneering in New York City, a New York Times reporter’s confession that the Jan. 6 Capitol riot was “no big deal,” and that the so-called “pee tape” that Democrats claimed implicated President Trump did not exist.

The first set of claims:

The organization, launched and still led by James O’Keefe, confirmed then that documents it obtained from Microsoft Corp. and elsewhere, confirm that Biden’s DOJ “filed a series of secret warrants, orders, and a subpoena to surreptitiously collect privileged, and constitutionally protected, communications and contacts of eight Project Veritas journalists.”

The organization explains it had evidence the DOJ “then muzzled Microsoft from disclosing these orders via a series of secrecy orders signed by magistrates.”

Further, “the DOJ then went behind U.S. District Court Judge, Analisa Torres’, back to obtain extensions on the gag-orders on Microsoft from magistrate judges after Judge Torres ruled Project Veritas was entitled to ‘journalistic privileges,’” the organization revealed.

Project Veritas principals recently were subjected to searches of their homes and their electronic devices because of the controversy over a diary abandoned by Ashley Biden, Joe Biden’s daughter, and what it allegedly said.

PV was offered access to the diary, which Ashley Biden abandoned in a friend’s home, and began doing some basic research to test its authenticity. However, it never made use of the information it contained.

If fact, it offered the diary to law enforcement officers.

As part of that dispute, Torres appointed Special Master Judge Barbara Jones to review materials that the DOJ had taken, to protect the journalists’ constitutional rights.

Instead, PV charged, the DOJ already had set up what now is a 16-month-long “clandestine campaign against journalists,” using seven secret orders, warrants and subpoenas from six magistrates in New York.

At that time, Calli described the DOJ attack on Project Veritas as “violence” to the First Amendment.

“By the time [Project Veritas] filed the Motion to Appoint a Special Master, the government already had the opportunity to review Project Veritas’ journalistic and attorney-client privileged materials,” Calli told the court in a filing.

Based on preliminary research data, prosecutors in New York appear “to be in possession of nearly 150K documents they should not have. In addition to the emails, the SDNY obtained over one thousand contacts from journalists that they also failed to disclose to Judge Torres or to the special master,” his filing explained.

The journalists now want an order telling the DOJ to stop any review of the “surreptitiously obtained emails,” and to “disclose other hidden spying campaigns executed against the non-profit’s journalists.”

Among the targets of the federal prosecutors were “every email sent to or from Project Veritas founder and CEO, James O’Keefe, for a three-month period, along with every contact he had ever saved.”

Through that, the DOJ took for itself “unsupervised and unfettered access to … privileged communications with his attorneys and notes to and from O’Keefe’s confidential sources, among other constitutionally protected communications.”

O’Keefe’s organization explained the DOJ convinced “a rotating cadre of magistrates” to grant “unchecked access” to the private information.

The DOJ, at that time, was claiming, “there is probable cause to believe the email account(s), maintained at premises controlled by Microsoft Corporation, USA, contain evidence, fruits, and instrumentalities of crime.”

The demands for private information were accompanied by a Non-Disclosure Order barring Microsoft from letting anyone else know about the more than year-long spy campaign.

It claimed, “without evidence” according to PV, that such evidence might be destroyed.

The orders for secrecy recently began expiring, and the DOJ demanded from various magistrates unaware of Torres’ orders for a special master review of information that they be renewed.

The fiasco became public because Microsoft argued in court that there was no evidence of a threat that evidence would be destroyed and it was given permission to provide notification of the spy campaign.

Explained Project Veritas, “The SDNY’s spying campaign represents the latest example of governmental misconduct in a seemingly politically motivated investigation by President Biden’s Department of Justice into Project Veritas’ news-gathering activities surrounding allegations against then-candidate, Joe Biden, made by his daughter, Ashley Biden, in her diary.”

It continued, “Though Project Veritas ultimately did not publish the allegations in the diary, it attempted to corroborate the allegations by requesting comment from Mr. Biden and his daughter, whose attorney, Roberta Kaplan, reacted by saying, ‘We should send [the request for comment] to [the] SDNY.’ The SDNY appears to have been doing Ms. Biden’s bidding ever since with little to no oversight beyond what appear to be judicial rubber-stamps from magistrates not fully briefed on the matter by the SDNY. ”

The spying, in fact, started eight months before PV had even heard of the Ashley Biden diary.”

The filing said, “Because Project Veritas researched a potential news story about what Ashley Biden’s diary recounted about her father, the United States Attorney’s Office for the Southern District of New York has launched a retributive campaign that does violence to the First Amendment. As far as we know, federal law enforcement has never before investigated an abandoned diary. Moreover, the government’s diary investigation has included extreme measures that violate the First Amendment and corrode freedom of the press. The litigation before this Court began when the government searched journalists’ homes and seized electronic devices containing privileged materials. While the Special Master litigation proceeded, the government apparently misled the Court by omission, failing to inform it, and failing to inform the aggrieved journalists, that it had already obtained the contents of privileged emails from Microsoft. The government concealed its past privilege invasions through unjustified 18 U.S.C. § 2705(b) Orders, which it moved to extend even while the Special Master litigation was pending. These abuses of power must not go unpunished. The free press must not go unprotected.”