All across America, people are walking for the Six Million - The Jewish Voice

All across America, people are walking for the Six Million

By SARAH OGINCE (JNS) In 1944, when she was 13 years old, Livia Bitton-Jackson was deported from her home in Šamorin, Czechoslovakia, to the Bergen-Belsen concentration camp, where her father and most of her extended family perished.

Last week, Bitton-Jackson, 91, began a very different journey, one of her own choosing: She walked across a room—each step counted and logged towards a goal of 6 million. “I am walking for my family who were lost in the Shoah—my uncles, aunts and cousins,” she said in a video posted on Instagram. “And for all the million Jewish children who were murdered.”

Bitton-Jackson is one of thousands of people participating in the second annual #6MillionSteps campaign, which aims to increase Holocaust awareness and draw attention to rising anti-Semitism in America.

A project of the Israeli-American Council (IAC), the campaign coincides with Yom HaShoah, Israel’s Holocaust Remembrance Day on April 27-28, and will conclude in early May.

“Americans don’t know enough about the Holocaust,” says IAC’s director of activism, Karen Bar-Or. “There’s a younger generation that is completely unaware of what happened. We’re trying to find a positive way to bring people out and engage with a subject that is so painful.” 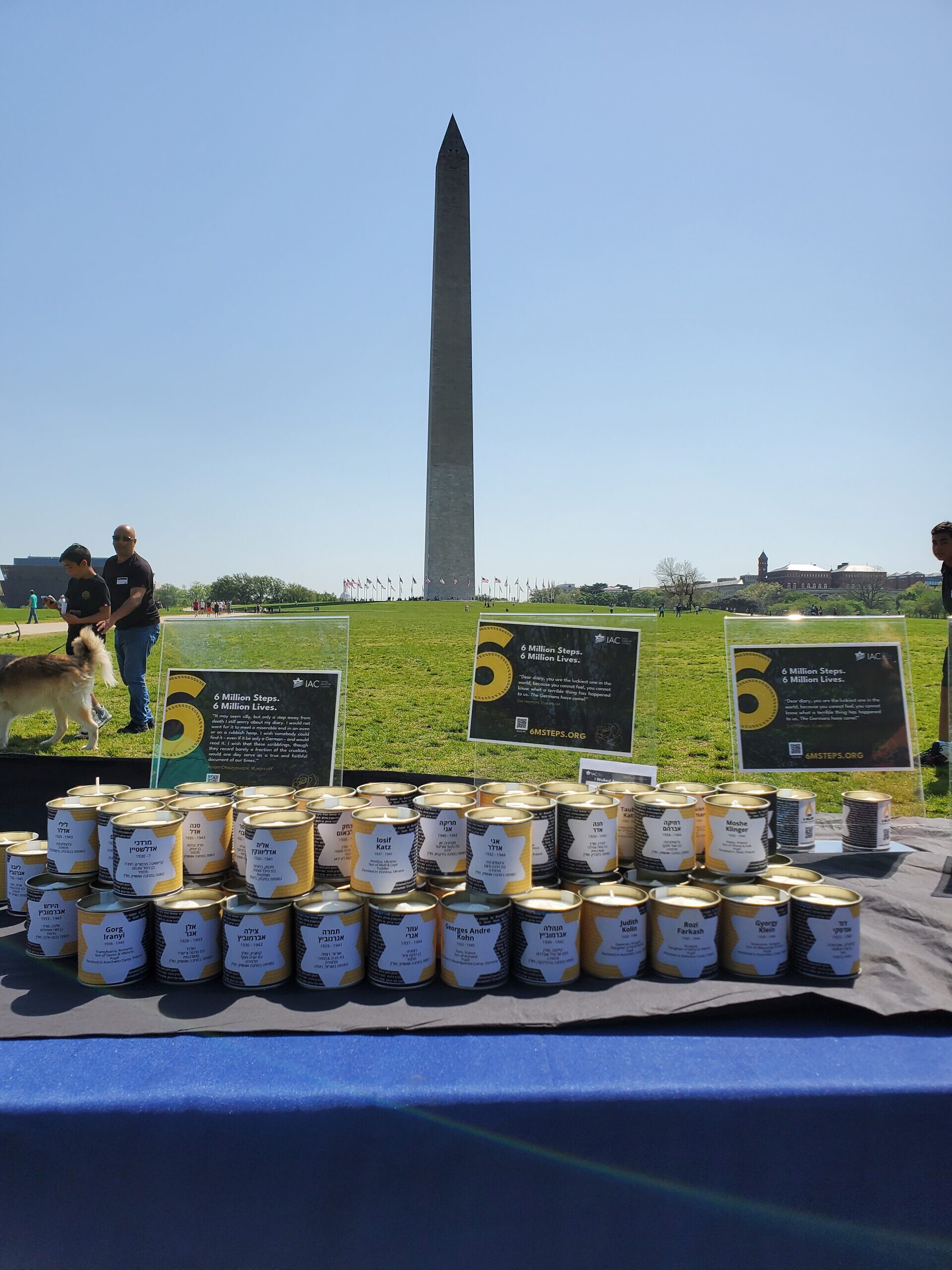 Memorial candles on the National Mall in Washington, D.C., for the Israeli-American Council’s #6MillionSteps walk-run, April 24, 2022. Photo by Tamar Pinto.

Twelve large-scale walk-runs are scheduled around the country, but the campaign is open to all. Many community groups, including several public schools, have joined, says Bar-Or: “We have adults, young adults, children coming out with their parents. Whether they’re Jewish or not Jewish, they are saying, ‘We’re allies.’ It’s really heartwarming.”

Participants can connect their Fitbit, Garmin or other types of fitness trackers to the campaign step website or manually count steps while walking or running, and then log them later.

Bar-Or says the campaign initially began as an attempt to mark Yom HaShoah in a way that was safe during the coronavirus pandemic. “We were trying to think of meaningful ways that people could engage and do something wherever they are,” she explains. “Once we saw the success last year, we realized that we wanted to continue.”

Last year’s goal of 6 million steps was quickly surpassed; this year, the organization is encouraging individual communities to reach it alone and hopes to log a total of 60 million. 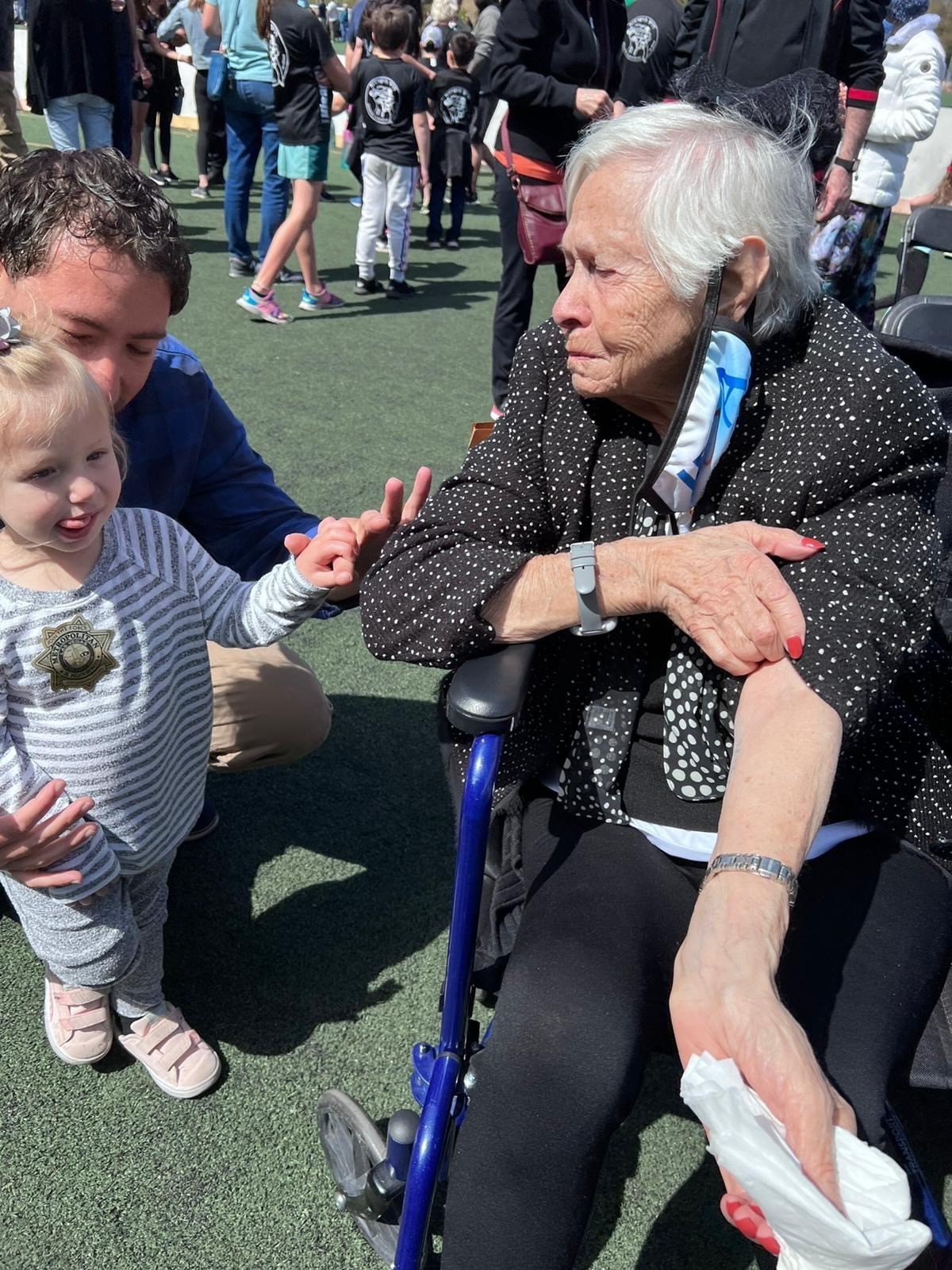 A toddler and Holocaust survivor were among participants in the Israeli-American Council’s #6MillionSteps walk-run in Las Vegas, April 24, 2022. Photo by Ofra Etzion.

This past Sunday, participants walked through Atlanta’s Chastain Park, the Babi Yar Memorial Park in Denver and from the steps of the Philadelphia Museum of Art to the city’s Holocaust Memorial Plaza, among others. On May 1, a walk-run will take place on Boston’s Freedom Trail, from the statehouse to the New England Holocaust Memorial.

To address the threat of ongoing anti-Semitism, #6MillionSteps will offer a class on removing anti-Semitic content and Holocaust denial from the Internet. The IAC is also providing online courses for students and educators, including “The Shoah Diaries,” a creative writing class for elementary- and middle-school students, as well as a critical study of word choice and responsibility for high-schoolers called “Voices from the Holocaust II.”

The courses are part of a new partnership with the Holocaust Museum LA, Yad Vashem in Jerusalem and the Ghetto Fighters House in Israel’s Western Galilee to make Holocaust learning and teacher training more accessible.

The campaign has been embraced by a wide range of social-media influencers. Gidon Lev, an 87-year-old survivor who boasts more than 300,000 followers on TikTok, uses the platform to take on Holocaust deniers and debunk myths about Israel. Recently, he posted a video of himself heading out the door to make his contribution to the 6 million steps.

“There’s a direct link between not remembering the past and the current uptick in anti-Semitism,” says Bar-Or. “We can’t fight what’s happening now without talking about what happened then.” 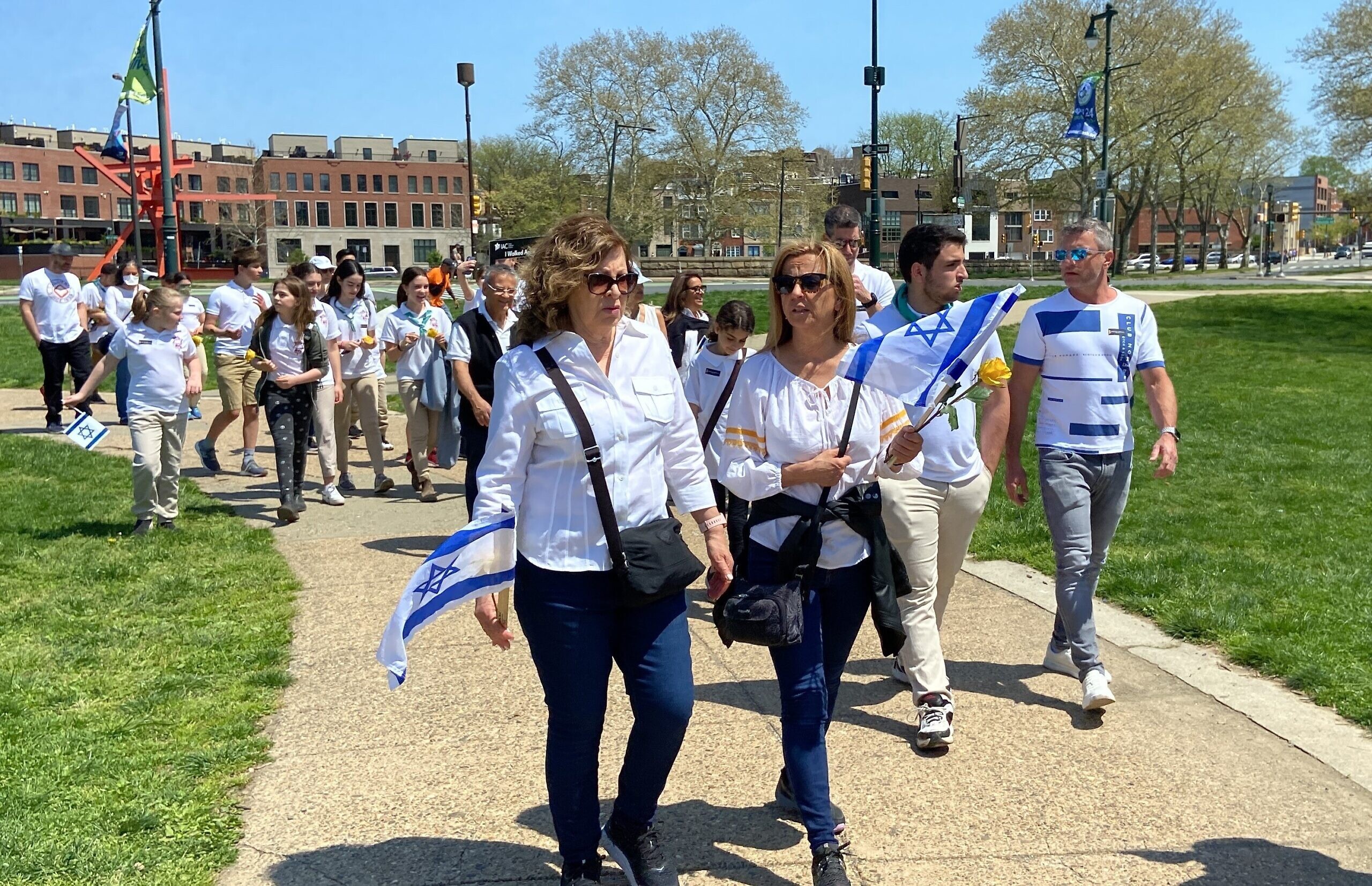 Participants in the Israeli-American Council’s #6MillionSteps walk-run in Philadelphia on April 24, 2022. Photo by Boaz Ozery.