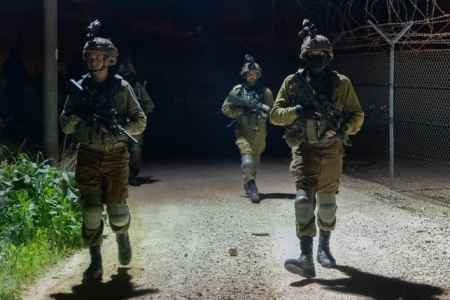 (VINnews) — Three Islamic Jihad terrorists on their way to perpetrate a terror attack in Israel were eliminated on Friday night during a firefight with Israeli security forces. Four members of Yamam, the elite police reconnaissance unit, were injured, one of them seriously.

The IDF together with Shin Bet operatives and members of the police unit, intercepted the terror cell as it was travelling from Jenin to Tulkarm in Western Samaria. The cell intended to carry out a large terror attack, possibly similar to the massacre in Itamar in 2011.

When the Yamam forces attempted to arrest the terrorists, they were fired on. The police unit responded to the fire and eliminated the terrorists.

The arrest was made during broad daylight, and it was estimated that the final wanted suspect was planning to carry out an additional terror attack before he was caught.

The soldiers confiscated the weapons used by the terrorists, including M16 rifles and ammunition.

Dr. Gidi Berger, duty manager at Rambam Hospital, reported on the condition of the soldiers injured in the operation: “Yesterday, 4 wounded arrived at the hospital, two of them slightly injured by shrapnel. They were examined and released last night.”

“Two more remain hospitalized, one of them seriously injured. He was taken to the operating room with an upper-body injury. We operated successfully to control the bleeding. He is unconscious and on a respirator, but we expect him to improve in the next few days. Another soldier is hospitalized with an ankle injury. He is in good condition and expected to be released tomorrow.”