120th Anniversary of Rebbe’s Birth Uplifts People Around the World

18 Facts You Should Know About Abraham, Our Forefather

By Mendel Super(Chabad.org) Shimmy Borgen, a young father in the Kew Gardens Hills area of Queens, N.Y., will be taking his family to visit the Ohel, the resting place of the Rebbe—Rabbi Menachem M. Schneerson, of righteous memory. He’ll also be taking one day each week to spend extra time with his wife, Leora, over a cup of coffee or tea. Borgen is doing this to mark the 11th of Nissan, corresponding this year to April 12, the 120th anniversary of the birth of the Rebbe—a man he never met, but whose influence he feels deeply.

“When I read that the Rebbe set aside time to have tea with his wife every day, I connected to that,” Borgen tells Chabad.org. He notes that in some Jewish communities, birthdays aren’t emphasized. “When I started learning more about the Rebbe, I saw he put an emphasis on birthdays and the celebration of life itself,” he says.

The Rebbe was born in Nikolayev (Mykolaiv), Ukraine, on the 11th of Nissan, 5662, or April 18, 1902, to Rabbi Levi Yitzchak and Rebbetzin Chana Schneerson. In the period before and immediately after the Rebbe’s birth, the Fifth Rebbe, Rabbi Sholom Dovber Schneersohn, sent the Rabbi Levi Yitzchak and Rebbetzin Chana no less than six telegrams giving detailed instructions regarding his care and conveying his blessings. The newborn would go on to engineer the global Jewish renaissance in the aftermath of the Holocaust.

The Rebbe saw birthdays as a powerful occasion—a day that brings new life to one’s soul, and blessings to them and those around them. The Rebbe encouraged people to view their birthday as a personal Rosh Hashanah: a day to take stock of the past year, and a time to look forward to the future. Of course, the Rebbe placed the greatest emphasis on action, and thus spoke about the importance of using the day to make positive resolutions in the realms of Torah, mitzvot and interpersonal relationships.

The Rebbe’s own birthday was no different, and he’d often utilize the day to encourage increased growth in all areas of Chabad activities and outreach. It was also a time when Jews the world over would present the Rebbe with their own personal and communal resolutions. When the Rebbe turned 70, he spoke adamantly against the concept of retirement, stating that humankind was born to toil and insisting that there was much work ahead. At the time, he requested that 71 new Chabad-Lubavitch institutions be established in the next year, and his followers got to work. 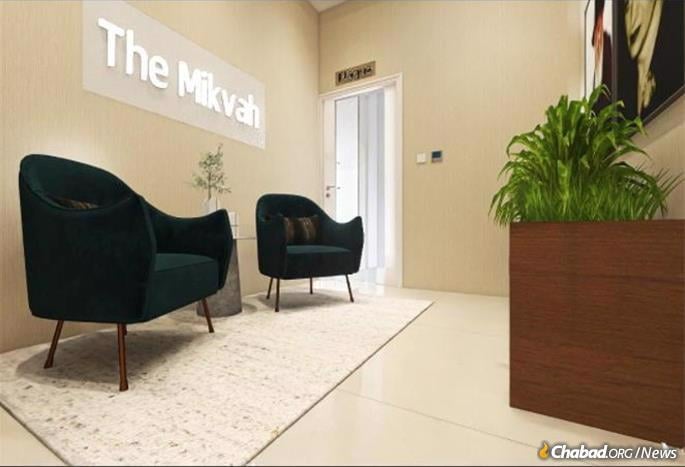 Jamaica’s only mikvah is an aesthetically pleasing, spa-like space.

Echoing the Rebbe’s call in 1972, this year Chabad will be establishing 1,210 new institutions spearheaded by the Vaad Or Vechom organization. They range from new Chabad centers in places as far off as Costa Rica (where Chabad has had a presence since 1989) and as close as Pittsburgh, Pa. (where the first Chabad institution opened in 1943). New mikvahs are being constructed around the world, from Accra, Ghana, to Pensacola, Fla., and balmy Montego Bay, Jamaica. A new “mitzvah tank” will be dedicated in Austin, Texas, and new preschools will open in the suburbs of Milwaukee, Wis. Another Hebrew school will sprout in Troy, Mich., and Billings, Mont., will welcome their first permanent Chabad emissaries.

“Jews have lived in Pensacola for generations,” says Rabbi Mendel Danow, co-director of Pensacola Chabad Jewish Center with his wife, Nechama, “but there’s never been a mikvah or Jewish preschool here.” Danow is set to change that, with Chabad’s preschool already in full-swing and construction to soon commence on the mikvah. Additionally, the Danows have just formed a chapter of Chabad Young Professionals in Pensacola, aiming to create a cohesive Jewish community for people of all ages.

The anniversary of the Rebbe’s birth is “a fitting opportunity to bring his vision to fruition,” says Danow. “120 years symbolizes completion, and that’s what we’re bringing to Pensacola—a complete array of Jewish opportunities and experiences.”

In Jamaica, a mikvah will be opened on 11 Nissan. Local Jewish historian Ainsley Henriques says it’s the island nation’s first-ever mikvah. “There is no record of this in Jamaica before,” he told Rabbi Yaakov Raskin, who with his wife, Mushkee, co-directs Chabad of Jamaica.

Raskin says that though Jamaica is surrounded by ocean on all sides, the lack of a purpose-built mikvah made traditional Jewish family life very difficult for residents and visitors. An ocean poses unique challenges according to Jewish law, as well as safety and privacy concerns, and is only used when no other option is available

“For seven years, I’ve been accompanying women to the ocean,” says Mushkee Raskin, who also serves women in the community as a registered dietician and nutritionist. “Finally, there will be a beautiful mikvah here.” 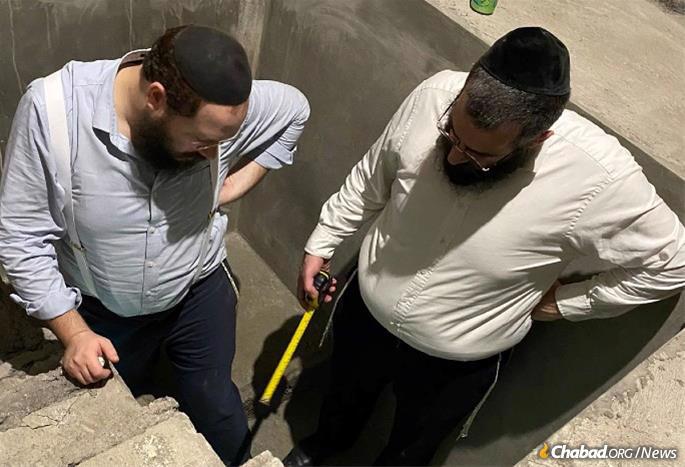 ‘The Spiritual Landscape of the City’

Mushkee Raskin recalls the time in early 2021 when one woman needed to use the mikvah on a rough and stormy night. It seemed logical to postpone it for a calmer night, but Raskin resolved to make it work.

“I was unaware at the time how important it was for this woman to immerse on time and how it would impact her life,” acknowledges Raskin, but she soon found out. “She had been struggling with infertility for seven long years, and timing was crucial for her. Thank G‑d, she gave birth to a healthy child just before the High Holidays.”

Now, says Raskin, women won’t have to brave the high seas for this special mitzvah.

“The Rebbe taught—quoting the Zohar—that a mikvah changes the spiritual landscape of the city and country,” adds Rabbi Raskin. “This is the most beautiful gift we can present the Rebbe with on his birthday.” 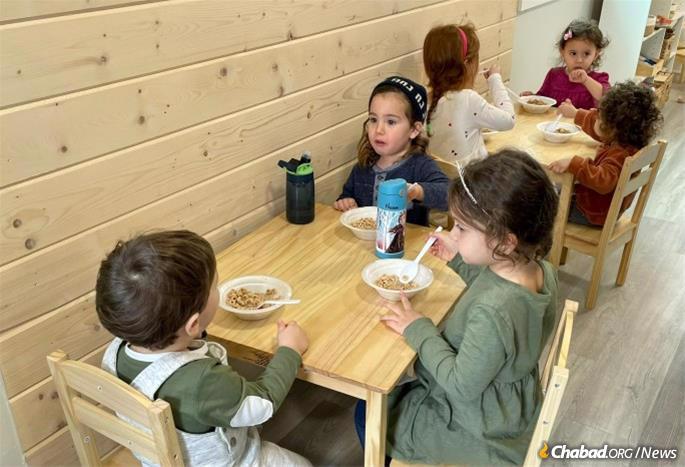 Communities around the world will also mark the day with a farbrengen, a Chassidic gathering over songs and words of Torah. Larger gatherings will be held in advance of the day, including 2,000 gathering for an evening of inspiration in South Florida. On April 6, some 34,000 people will fill Jerusalem’s Teddy Stadium—Israel’s largest—for a night of Chassidic song and words of Torah honoring the Rebbe’s legacy.

Borgen says he first encountered the Rebbe as a high school student at the Davis Renov Stahler Yeshiva High School for Boys in Woodmere, N.Y. There, his teacher, Rabbi Dovid Weinberg, would take the class to visit the Ohel in nearby Queens, where Borgen says he feels the depth of the Rebbe’s presence like nowhere else.