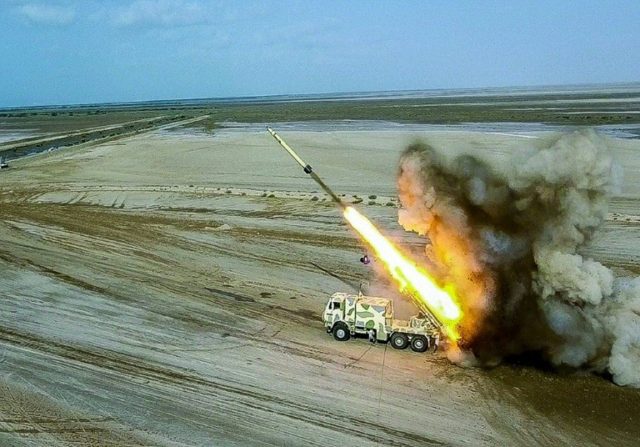 By DEBORAH BRAND A dozen missiles were fired Sunday at the U.S. consulate in Erbil, Iraqi security officials said. Iran’s Revolutionary Guards Corps (IRGC) has now claimed responsibility for the attack which it said targeted “secret Israeli bases” in the northern Iraqi city.

The IRGC said the attack was over “recent crimes of the fake Zionist regime” and warned of a harsher response in the future.

Another video from missile launches from Khasabad military base in eastern Azerbaijan province of #Iran pic.twitter.com/VkVB1dWegc

“Last night, the ‘Strategic Center of Conspiracy and Evil of the Zionists’ was targeted by powerful and point-to-point missiles of the IRGC,” said the IRGC in a statement.

“Any repetition of attacks by Israel will be met with a harsh, decisive and destructive response,” the statement added. Israel killed two Iranian members of the Revolutionary Guards earlier this week in Syria.

It is unclear whether the statement was referring an alleged Israeli airstrike that recently killed two IRGC officers near Damascus, Syria, or other Israeli strikes.

Another video of the explosions that occurred in Erbil. pic.twitter.com/hm1dBotKUr

A US defense official said there was no damage and no casualties at the US consulate, contradicting statements by Iraqi officials who said the new consulate building sustained several missile hits.

The US condemned what it called an “outrageous attack against Iraqi sovereignty and display of violence,” the official said in a statement.

Iraqi Prime Minister Mustafa Al-Kadhimi responded to the attack, tweeting: “The aggression which targeted the dear city of Erbil and spread fear amongst its inhabitants is an attack on the security of our people. I discussed these developments with the KRG PM. Our security forces will investigate and stand firm against any threats towards our people.” 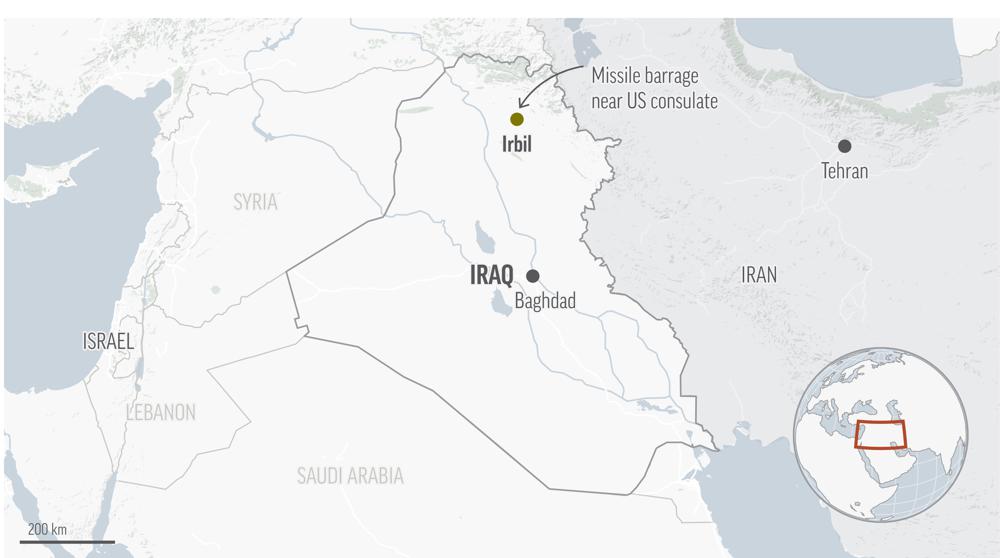 Iran has claimed responsibility for a missile barrage that struck near a sprawling U.S. consulate complex in the northern Iraqi city of Irbil, saying it was retaliation for an Israeli strike in Syria that killed two members of its Revolutionary Guard. (AP Artwork)

Prime minister of the Kurdistan Region, Masrour Barzani, also slammed the attack, saying: “Erbil does not bow to cowards. I strongly condemn the terrorist attack on parts of Erbil and call on the brave and patient people of Erbil to be patient and to follow the instructions of the security agencies. I thank you for your patience.”

The attack comes as comes as negotiations in Vienna to revive the 2015 nuclear deal reach an impasse.