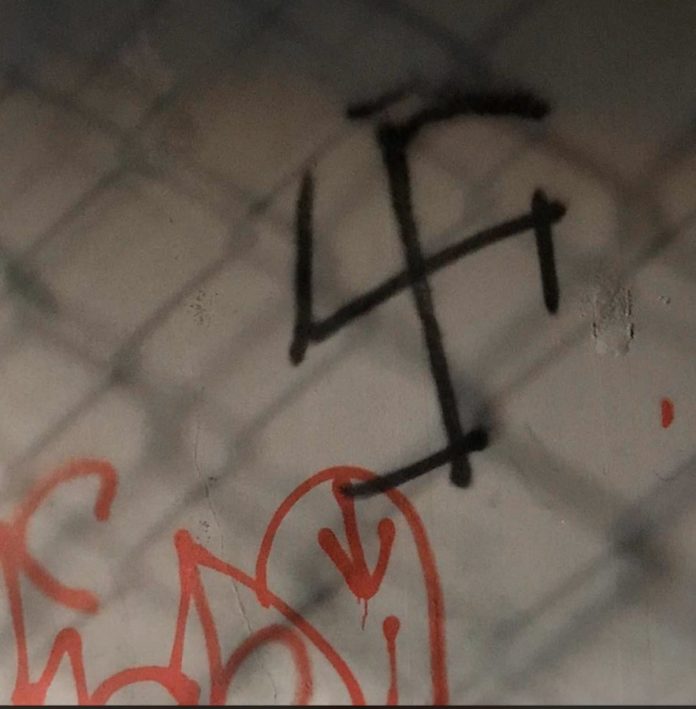 (VINnews) — Swastikas were spray-painted Wednesday and extensive damage  caused to a boarding school building adjacent to the yeshiva in Lakewood, according to a report by The Lakewood Scoop

The incident took place on Wednesday in a building that houses residential apartments near the yeshiva, in the Chareidi residential town of Lakewood – the ‘Torah City of the United States’. According to reports, the building was empty at the time, but it belongs to the yeshiva and serves as a boarding school.

In 2010, a swastika was carved into a lawn in Lakewood, leading to the subsequent arrest and incarceration of the perpetrator in jail for 15 months.  On other occasions, similar incidents have occurred, including swastikas spray painted on private pathways and on school windows. In 2016 a playground in the city was plastered with swastikas and pro-nazi statements.