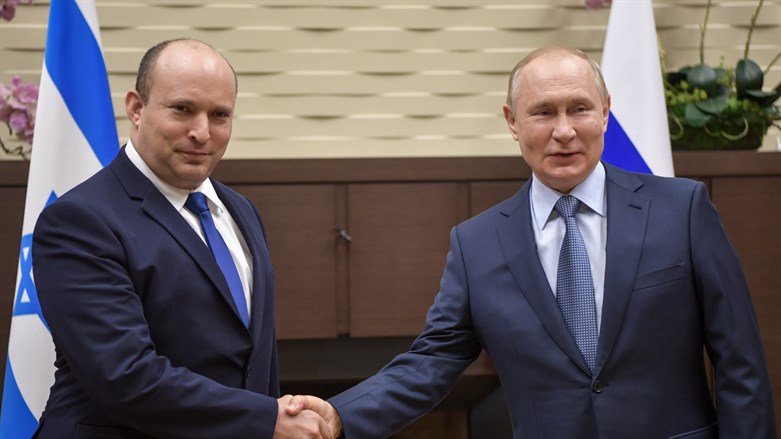 The Kremlin announced Monday that the two leaders discussed the war in Ukraine, with the conversation lasting roughly an hour and a half. According to the Kremlin, Putin “focused primarily on the brutal killings carried out by Ukraine in Donetsk.”

Russia’s military claimed Monday that 23 people were killed in a Ukrainian missile attack on the eastern Ukrainian province of Donetsk, occupied by Russia. Russia accused Ukraine of killing 20 civilians during the attack. Ukraine denied it was responsible for any missile attack in the province.

Bennett abruptly left a government meeting to speak with Putin, discussing with the Russian president his talks with other world leaders – including the Ukrainian president – regarding the war.

According to an Israeli official, Bennett and Putin discussed progress towards achieving a ceasefire agreement.

“Prime Minister Bennett and President Putin spoke about efforts towards a ceasefire between Russia and Ukraine, and about Israeli humanitarian aid to the region.”