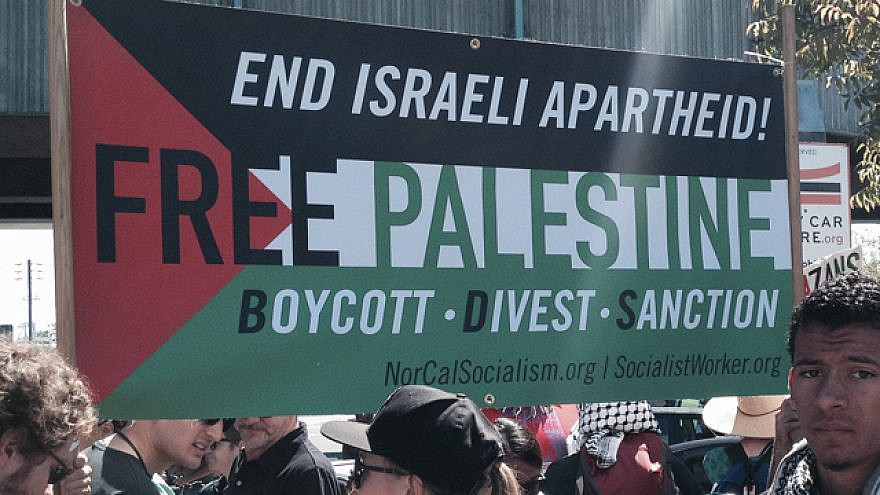 The Middle East-centered learning society closed its 50-day voting period for the BDS resolution on Wednesday. More than 80 percent of the organization’s voting members, many of whom teach about Israel at U.S. universities, cast ballots supporting the resolution, which accuses the Jewish state of committing human rights abuses against Palestinians and calls on MESA members to boycott Israeli universities.

Left-leaning students and faculty at American universities have in recent years sided with Palestinian activists in their efforts to boycott Israel. While Hamas fired thousands of rockets in May at the Jewish state, student leaders at the University of Michigan endorsed the BDS movement, claiming that Israel commits “apartheid.” That same month, the University of Chicago’s Undergraduate Student Government released a statement that included an anti-Semitic trope that calls for the elimination of Israel. AMCHA, a nonprofit that documents anti-Semitism on college campuses, documented similar anti-Israel statements from 160 departments at 120 universities released amid the conflict between Hamas and Israel last year.

MESA’s resolution targets Israeli universities “for their complicity in Israel’s violations of human rights and international law through their provision of direct assistance to the military and intelligence establishments.” Israel’s alleged human rights abuses include “right to education violations,” according to the resolution, such as “restricting freedom of movement for Palestinians,” “attacking Palestinian educational institutions,” and “harassing Palestinian professors, teachers, and students.”

MESA’s board of directors, which includes nine professors at American universities such as New York University, the University of Pennsylvania, and George Washington University, are now tasked with finding ways to implement the academic boycott while upholding the group’s “commitment to the free exchange of ideas and scholarship,” MESA president Eve Troutt Powell said in a statement.

“Our members have cast a clear vote to answer the call for solidarity from Palestinian scholars and students experiencing violations of their right to education and other human rights,” Powell said in a statement. “MESA’s board [of directors] will work to honor the will of its members and ensure that the call for an academic boycott is upheld without undermining our commitment to the free exchange of ideas and scholarship.”

“The endorsement of the discriminatory BDS campaign against Israel sends a clear, chilling message to Jewish students and academics,” Gordon said in a statement. “This decision flies in the face of the principles of academic freedom and shows a complete disregard for the safety and well-being of Jews on campus.”

A separate resolution MESA passed in 2015, “Regarding the Protection of Free Discussion on Academic Boycott of Israel,” laid the groundwork for their latest motion. That resolution permitted members to “discuss, debate, endorse or not endorse” the BDS movement. It also encouraged MESA’s Board of Directors “to create opportunities over the course of the year that provide platforms for a sustained discussion of the academic boycott [of Israel] and foster careful consideration of an appropriate position for MESA to assume.”

Tammi Rossman-Benjamin, director of AMCHA, called MESA’s move to back BDS “dangerous” and said students and faculty on U.S. campuses will suffer from an absence of Israeli scholarship.

“Although the academic boycott that MESA members voted to endorse seemingly targets only Israeli institutions and scholars, the biggest victims of academic BDS are students and faculty on U.S. campuses,” Rossman-Benjamin said.