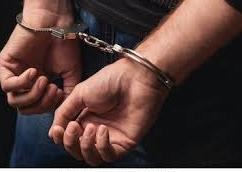 AMY FURR A man in Yonkers was arrested after the alleged beating of a 67-year-old woman who is recovering in the hospital.

The incident happened Friday evening, and police discovered the victim lying in the lobby of her building while the suspect, whom officials identified as Tammel Esco, waited outside, NBC New York reported Monday.

In a social media post, the Yonkers Police Department said the victim suffered severe facial injuries and was transported to a trauma center, adding the suspect was taken into custody without incident.

Investigation yielded that the victim, a 67-year-old resident of the City of Yonkers, was returning home and saw the suspect in front of the building. As she walked past him, he called her an “Asian bitch;” the victim is of Asian descent. Ignoring his comment, the victim entered the vestibule of the building and was attempting to open the second door to enter the lobby when, without warning, the suspect approached from behind and punched her in the head, knocking her to the floor; he then stood over her and proceeded to punch her in the head and face more than 125 times with alternating fist strikes before foot-stomping her seven times and spitting on her.

The woman suffered contusions, lacerations, bone fractures, and bleeding on her brain; however, she was listed in stable condition, according to police.

Meanwhile, a majority of voters believe “crime is getting worse in America,” with 83 percent saying it will be one of the main issues during the midterm elections, a Rasmussen Reports poll from last month found.

“Broken down by political affiliation, 79 percent of Republicans, nearly half of Democrats (48 percent), and 70 percent of unaffiliated voters think violent crime is on the rise,” according to Breitbart News.

“ESCO was arraigned in Yonkers Criminal Court on March 12th and remanded into the custody of the Westchester County Jail; his next court date is scheduled for March 25th,” police said.