Old Jobbik in a New Bottle - The Jewish Voice

Old Jobbik in a New Bottle 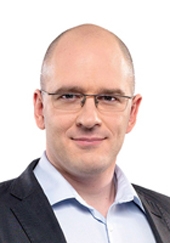 A Raid on a Political Opponent is Political Until Proven Otherwise

The satanic stabbing of Salman Rushdie and the dangerous Iran deal

No. 10 in Péter Márki-Zay’s list for the Hungarian elections has Neo Nazi philosophies.

It’s no secret that over the last two decades the ‘far-right’ or ‘extreme right’ has made significant gains across the Western world. In online youth movements, social protests, and, of course, political parties, right wing ideas have been slowly but surely seeping into the mainstream. No country in the West has been shielded from these effects, as bigots, racists nationalists, antisemites, and xenophobes have taken advantage of multiple crises throughout Europe to push their toxic ideologies.

Hungary is, unfortunately, no exception to this. The Jobbik party is perhaps the leading mainstream party for such toxicity, and characters like Daniel Zsiga-Kárpát, who is the vice-president of Jobbik, is a prime example. The vice president is no. 10 on the list of Péter Márki-Zay for the upcoming elections in Hungary, thus making the chances higher for him in terms of becoming a minister!

The Jobbik party once described itself as a “radically patriotic Christian party,” and its one-time leader once responded to criticism from the Hungarian Jewish community by opining she would be happy if the “so called proud Hungarian Jews would go back to playing with their tiny little circumcised tail.” That was seemingly a long time ago when the party numbered barely just a few thousand members. But did those disgusting comments drive people away? No. The party nearly doubled in size in the next years as they dove “zeig heil”-arm deep into paranoid conspiracies about Syrian refugees, George Soros and other ‘social degeneracy.’

Jobbik extremist leader Béla Kovács was its founding treasurer. The movement enjoyed some success in its corners of the press, but it quickly became so obviously toxic that the French National Front withdrew within two years to join the more moderate European Alliance for Freedom (EAF).  Jobbik politicians remained the most committed as the movement fell apart, with Kovács becoming president of the organization in 2014 until the party’s disassociation with the movement, and Kovács, in 2016.

At the same time back in Hungary, Jobbik stood for parliament for the first time in 2010, and won 47 seats, including Daniel Zsiga-Kárpát, thus making it the third largest party and creating a significant opposition leader. One of their first orders of business was to introduce legislation to amend the national constitution to “protect public morals” by outlawing the “popularization of sexual deviancy.” The bill was explicitly targeting “homosexuality, sex changes, transvestitism, bisexuality and pedophile behavior.” Of course, lumping in the charge of pedophilia with the rest of the groups is a common tactic of the reactionary far-right, as it is reminiscent of vile campaigns against LGBT groups in America, France and England.

That’s not the only similarities. Like many far-right groups in Europe and the US, Jobbik has a neo-Nazi problem. That’s what happens to parties that are anti-immigration, chauvinist, revanchist, homophobic, antisemitic, and conspiracist. Once you’re talking about George Soros and Great Replacement Theory, eventually the neo-Nazis dance their way in. Or, in this case, back in.

In the early years of this millennium, Prime Minister Orban was adamant about integrating the Roma community and condemned violence against them, even increasing police protection in the areas where anti-Roma riots were occurring. Jobbik’s response was the calling up of the Hungarian Guards, a veritable gang of bullies numbering in the thousands who attacked the Roma community until its court ordered dissolution in 2008. Daniel Zsiga-Kárpát was a member of the party during these heinous years.

In the most recent election cycles, Jobbik has sought to clean up its image and moderate its politics to the average voter. This has included conducting outreach to local Jewish groups and placing advertisements that feature kittens and puppies. But don’t be fooled. As long as figures like Daniel Zsiga-Kárpát who give neo-Nazi salutes and push neo-Nazi lines when the cameras aren’t looking, the far-right will remain firmly entrenched in Jobbik, and Jobbik always remains on the far-right of the political spectrum.