Jada Pinkett Smith 4 Days Before the Oscars: ‘I Don’t Give Two Craps What People Feel of This Bald Head of Mine. I Love It’ - The Jewish Voice

Jada Pinkett Smith 4 Days Before the Oscars: ‘I Don’t Give Two Craps What People Feel of This Bald Head of Mine. I Love It’ 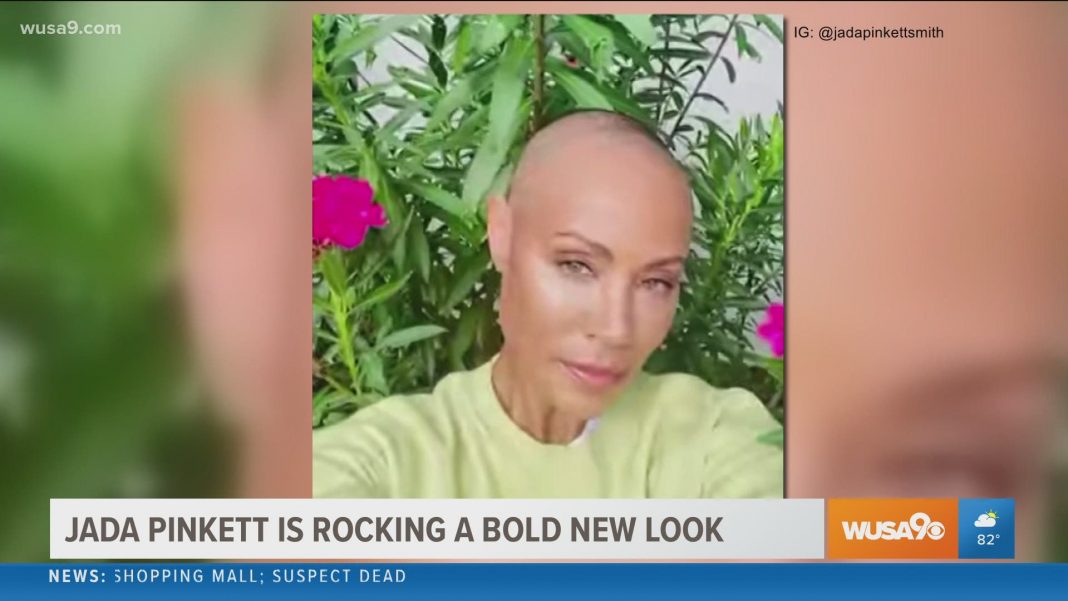 By Alana Mastrangelo Days before the Academy Awards the saw Will Smith assault Chris Rock over a joke about his wife Jada Pinkett Smith, Jada Pinkett Smith declared in a TikTok video, “I don’t give two craps what people feel of this bald head of mine, because guess what, I love it.”

“Being a black woman and dealing with hair in Hollywood, especially in the era that I came up in — having your hair look as European as possible was always the thing,” Pinkett Pinkett Smith said in a TikTok video posted four days before the Oscars.

“And that was really challenging, because I liked my hair out, wild, and curly. But nobody wanted that. So I always had to do my hair in ways that didn’t feel natural to me, because I was playing the game,” the Matrix Resurrections star continued.

“I had to learn to get the courage to just go, ‘Nah, I’m not doing that,’ which is why I feel the freedom today,” Pinkett Smith added. “I don’t give to craps what people feel about this bald head of mine, because guess what, I love it.”

Days later, comedian Chris Rock made a joke about Pinkett Smith’s short hairstyle while presenting on stage at the Oscars, at which point, her husband Will Smith got out of his seat, marched onto the stage, and slapped Rock across the face in front of shocked audience members and viewers.

fter Smith retook his seat, he twice shouted, “Keep my wife’s name out your fucking mouth.”

Moments late, while delivering his acceptance speech for Best Actor, Smith apologized to the Academy Awards and to all of his “fellow nominees,” but did not mention Rock in his apology.

Hollywood reacted by turning on Smith, calling his behavior unacceptable, saying that his excuses for hitting Rock were “bullshit,” and referring to his actions as a display of “toxic masculinity.” Others also called on Smith to apologize directly to Rock.

On Monday night, Smith took to Instagram to apologize to Rock, stating, “I would like to publicly apologize to you, Chris. I was out of line and I was wrong. I am embarrassed and my actions were not indicative of the man I want to be. There is no place for violence in a world of love and kindness.”

Will Smith’s wife declared on her TikTok profile: I am not my hair. I don’t give two craps what people think about my bald head because I love it. Be proud of your crown.

Will Smith assaults a comedian in front of the world over a joke about his wife’s bald head.

This begs the question: how well does Will Smith know his wife ?