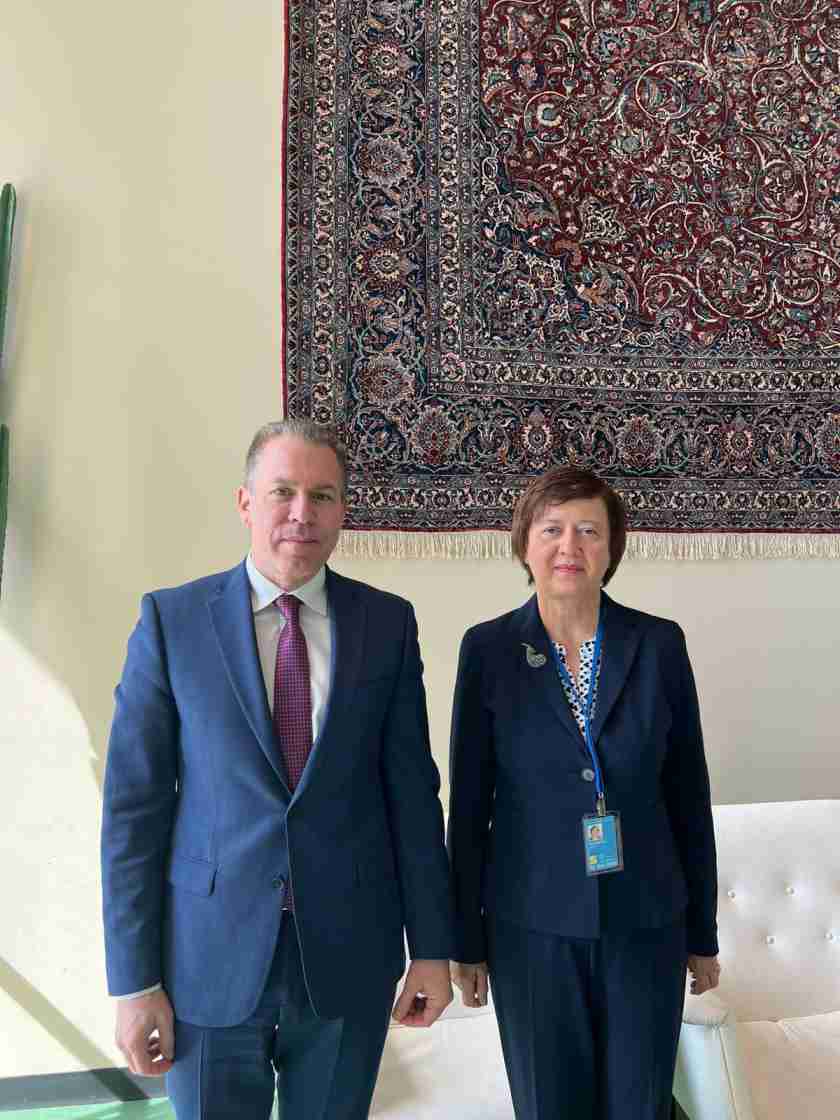 Yesterday, Israel’s Ambassador to the United Nations Gilad Erdan sent an urgent letter to the United Nations Security Council in which he informed the council members of the recent violations of resolution 1701 by Hezbollah, including the launching of UAVs into Israeli territory, thereby violating its sovereignty. The letter was sent before a special session to be held tomorrow in the Security Council on the implementation of resolution 1701. The Ambassador also clarified in his letter that Israel considers the Lebanese Government responsible for what happens in its territory, that Israel will not accept any violation of its sovereignty, and that Israel will take the necessary steps to protect its citizens.

From the letter: “…drones were recently launched from within UNIFIL’s area of operations in southern Lebanon, infiltrating Israeli airspace in clear violation of Israel’s sovereignty. Israel condemns in the strongest terms these provocative attempts by Hezbollah to infringe upon its sovereignty in blatant violation of Security Council resolutions, including resolution 1701 (2006). Israel will not accept any violation of its sovereignty and will take all necessary steps to protect its citizens.
>
Israel holds the Government of Lebanon accountable for these actions emanating from Lebanese territory and demands that Lebanon fulfills its responsibility to prevent all hostile activity from its territory. Lebanon must not allow Hezbollah to adversely affect regional security and stability.”

In addition, Ambassador Erdan met yesterday with the UN Special Coordinator for Lebanon Joanna Wronecka. In their meeting, Ambassador Erdan showed that the strengthening of Hezbollah in the region is an extension of Iran, emphasizing its precision missile project. He said, “Hezbollah continues to undermine regional stability and prioritize the Iranian interest over the Lebanese interest. Let me be clear here: If Hezbollah continues these efforts, Israel will take the necessary steps to protect the safety and security of its citizens. Therefore, Hezbollah could inflict heavy disaster on Lebanon.”

He also demanded that the UN reports accurately reflect the situation in southern Lebanon, the repeated violations by Hezbollah of resolution 1701, and include data and information transmitted by the Israel Defense Forces.