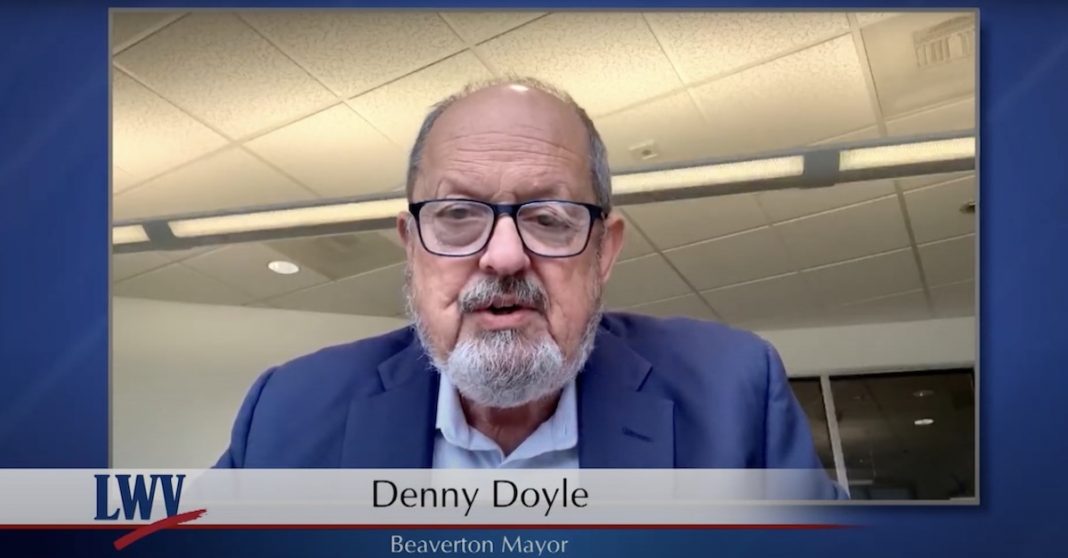 A former  Oregon Mayor who donated to Joe Biden’s campaign and collaborated with the Obama administration has been arrested on child pornography charges.

Dennis Doyle, 73, served as the Mayor of Beaverton, Oregon from 2008 until 2021, and during his time in office, allegedly “knowingly and unlawfully possessed digital material containing child pornography., National Pulse reported.

The DOJ on Orogon released the following:

Doyle, 73, a Beaverton resident, has been charged with criminal information with one count of possession of child pornography.

According to the information, between November 2014 and December 2015, Doyle is alleged to have knowingly and unlawfully possessed digital material containing child pornography, including images depicting minors under twelve.

Doyle will make his first appearance in federal court today.

If convicted, Doyle faces a maximum sentence of 20 years in federal prison, a $250,000 fine, and a life term of supervised release.

U.S. Attorney Scott Erik Asphaug of the District of Oregon made the announcement.

This case was investigated by FBI Portland’s Child Exploitation Task Force (CETF). It is being prosecuted by the U.S. Attorney’s Office for the District of Oregon.