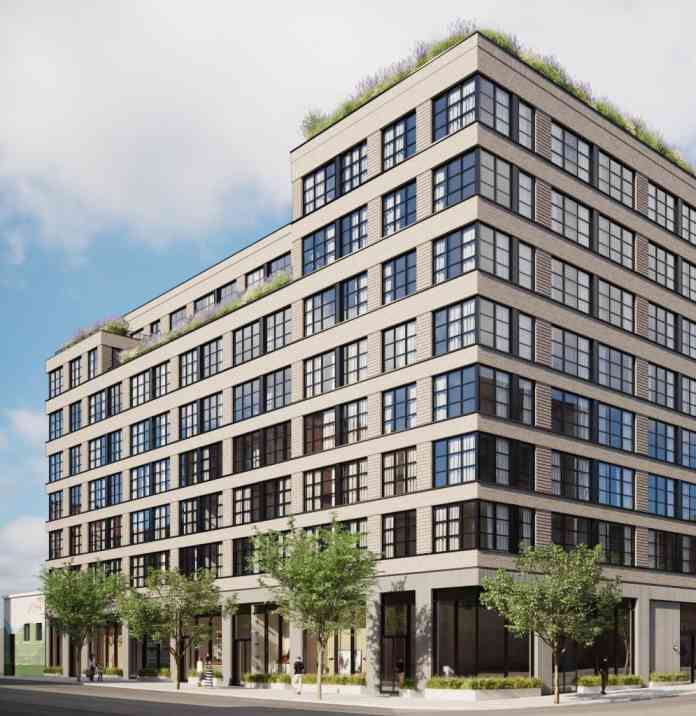 Developers seem to be in a race to replace Gowanus Canal warehouses with luxury housing.

Brooklyn’s Gowanus Canal has been famous over the years, first as a vital support for industry, and later infamous for its foul smell.  It is now ripe for change and a new future awaits it.  The city approved a rezoning for the heavily industrial area in November, with 92 blocks opened up for residential endeavors.  As reported by Crain’s NY, the change was greatly celebrated by housing developers, who had been buying warehousing in the neighborhood for years, hoping for such a move.

Now, the quality of water in the canal is being improved, using the $1.5 billion cleanup funds designated in 2010 when the waterway was named a Superfund site. Also, repairs to bridges over the 100-foot-wide canal are being undertaken. Now, the developers are ready for action.  “Normally you might see development spread out over time, but you are seeing it compressed here, at least in the first wave,” said Brian Ezra, a founding partner of Avery Hall, a developer with plans for three Gowanus projects. “It’s a unique set of circumstances.”

The developers are in a competitive race to the finish line, as they expect each large project will take roughly two years, after which they will all be marketing to the same potential tenants some time in 2024.  As per Crain’s, Avery Hall is working on a 300-unit rental building at 514 Union St.; a 193-unit rental building at 204 Fourth Ave in partnership with Gindi Capital; and a 125-unit apartment building at 272 Fourth Ave. in conjunction with Declaration Partners.

Besides for them, there is another developer, Charney Cos. and Tavros Capital, with three projects of its own on the way.  Notably, the partners purchased 300 Nevins St in December for $102 million. They have a new plan to turn the full block of warehouses into a canal-side 660-unit apartment building, to be named Nevins Wharf.  “We are extraordinarily excited,” said Sam Charney, principal of Charney Cos., who said his company expects to start working on 300 Nevins by April.  He added that the neighborhood has “a lot of industrial and artistic character.”

There are also other luxury home-builders in the race.  Developer Domain is planning a two-towered complex, with 360 apartments, at 420 Carroll Street, that should begin construction this summer. Toll Brothers has already completed a 12-story, 429-unit rental building at 365 Bond St, boasting a roof deck, a children’s playroom and a waterfront esplanade.

Overall, the neighborhood’s rezoning is expected to eventually add 8,500 apartments, 3,000 of which will be affordable.