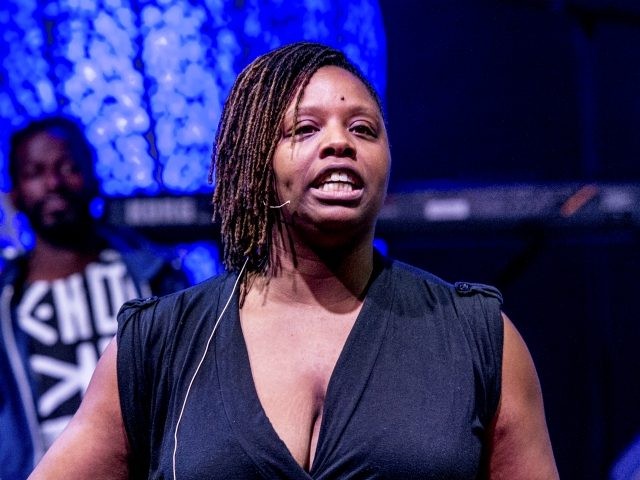 ALANA MASTRANGELO Black Lives Matter co-founder and “trained Marxist” Patrisse Cullors — who resigned from BLM amid controversy about her personal wealth — says she has visited hate crime hoaxer and disgraced actor Jussie Smollett in jail, where she found that he has been “sleeping on a restraint bed,” which she called “unacceptable.” Cullors is now urging the public to call the jail and demand that Smollett be freed.

“I’m in Chicago and was able to see Jussie today, and he’s strong, but what’s happening inside is just — it’s just unacceptable,” Cullors said in a recent video. “Today is the first day that he’s going to be able to get an actual bed. He’s been sleeping on a restraint bed.”

Hey guys! The founder of the LGBTQ organization “Black Lives Matter” Patrisse Cullors wants us to use the hashtag #FreeBussie and to continue calling the detention center so we can help free him . Will you do it? 🙄 pic.twitter.com/uiNGG53xH0

“They’ve also filed for him to be released — filed to the Appellate court,” the activist continued. “Hopefully we’ll learn by this week, no later than Wednesday, if he’ll get out. And, honestly, we just need folks to keep tagging ‘#FreeJussie,’ keep posting.”

Cullors went on to claim that “What happened to Jussie could happen to any of us, and it’s completely unacceptable.”

In January 2019, Smollett had claimed he was physically attacked by two men wearing red hats who put a rope around his neck, poured bleach on him, and shouted racial and homophobic slurs at him, before eventually yelling, “This is MAGA country!” in reference to former President Donald Trump’s campaign slogan.

While being hauled off to jail, the actor repeatedly shouted, “I am not suicidal, and I am innocent” with his fist raised.

On Saturday, Smollett’s brother Jocqui Smollett revealed that the actor has been placed in a psych ward at the Cook County jail.