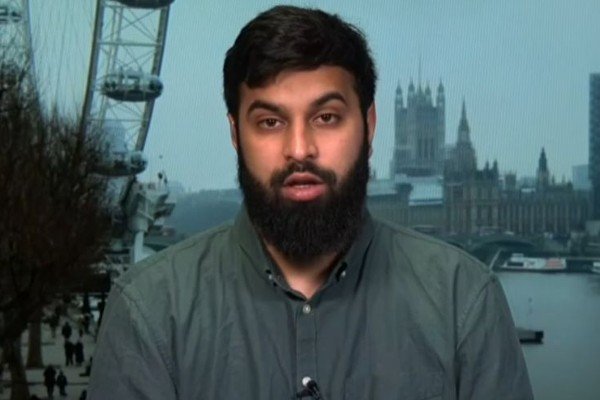 An official for Amnesty International tweeted that it’s okay to hound Israeli representatives to prevent them from speaking on university campuses.

The tweet, by Ilyas Nagdee, who works as Amnesty’s Racial Justice Lead, was posted in February after a talk by Israeli Ambassador to Britain Tzipi Hotovely at Cambridge University was disrupted by protesters in February.

The tweet also referenced a prior incident involving Hotovely at the London School of Economics.

Nagdee’s tweet came to the attention of the Jewish Chronicle, which reported it on Monday.

“Just as with LSE, its absolutely correct that spokespeople for an apartheid regime are run off campus,” Nagdee tweeted. “Solidarity with the students in the face on any backlash they receive. They take their place on the right side of history.” Hotovely appeared at Cambridge in February at the invitation of the Cambridge Union, the university’s debate and free speech society. Amid tight security, the ambassador spent 90 minutes addressing the gathering and taking questions despite repeated heckling and attempts to shout her down.

In November, a London School of Economics debate forum invited Hotovely to speak. The invitation sparked anger and threats from Palestinian supporters.

On arriving at the LSE, she was surrounded by a mob and quickly evacuated by her security detail.

The Chronicle quoted Nagbee saying, “As one of Israel’s most virulently anti-Palestinian politicians, it was entirely predictable that Tzipi Hotovely’s visit to Cambridge would be met by protests.”

He added, “Tzipi Hotovely is a leading proponent of Israel’s crushing system of apartheid who has given succour to extremist settler groups and called the Nakba ‘an Arab lie’. I support peaceful protests aimed at sending a strong anti-racist, anti-apartheid message to unapologetically divisive figures like Tzipi Hotovely.”

The Chronicle also reported that another Amnesty staffer, Mairead Healy, spoke at a Cambridge demonstration against Hotovely.

According to the Socialist Worker, a left-wing newspaper cited by the Chronicle, Healy said, “Whether they live in Gaza, east Jerusalem and the rest of the West Bank or Israel itself, Palestinians are treated as an inferior racial group. Amnesty has found Israel’s cruel policies of segregation, dispossession and exclusion across all territories under its control clearly amounts to apartheid.”

The tweet reinforces views that the London-based human rights organization is politically biased against Israel.

Amnesty has been under attack since it released a high-profile report in February accusing Israel of apartheid against the Palestinians and Arab Israelis.

The organization’s critics slammed the report as deeply flawed, antisemitic and hypocritical. Israel has called for its withdrawal.

The UK Charity Commission, which regulates Britain’s charitable institutions, is probing Amnesty’s funding of the report.