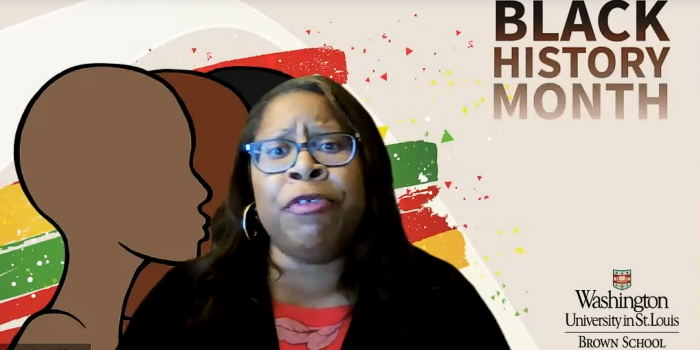 An accompanying YouTube video’s description complained that “‘professionalism’ has at times been used to silence and marginalize people of color” by forcing them to adhere to standards of “appearance, language, or interactions” unrelated to the job.

“In this context, so-called professionalism is coded language, a construct that upholds institutional racist policies and excluding practices,” the video’s description states.

“We acknowledge the 1,252 black American men and women who, since Jan. 1, 2015 unjustifiably died due to police brutality and anti-black violence,” Assistant Dean Cynthia Williams asserted.

Then she described the urgent situations in which “white supremacy” enters the workplace.