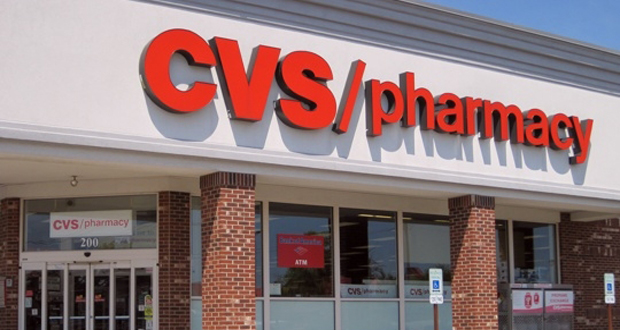 Due to the economic downturn created by the dreadful Covid pandemic and the struggles that the bricks and mortar retail industry has been experiencing because of online sales, it now appears that some of the most iconic chain stores have plans to shutter its doors in 2022.

According to a report on the web site, investing.com, the CVS pharmacy has plans to shutter at least 200 underperforming stores nationwide by the end of 2022, including its famous Springfield, Missouri location (known as the “largest CVS in the world”). Though this is less than 1% of their overall footprint, the move will cost CVS more than $130 million.

Coffee lovers will be disappointed to learn that the Dunkin Donuts chain, which has been around since 1950 had announced in 2020 that it would be closing the doors on over 800 locations. With an operation like this, it’s understandable that it’s being done in stages, with more stores still set to close by the end of 2022, according to the report on investing.com.

Another Java joint that has seen tremendous popularity has been the Starbucks chain. It has been around since 1971 but this coffee titan has not come out of 2021 unscathed from the economic crisis.  The investing.com report indicated that the chain announced closures of over 400 stores in the US and Canada as it turns its focus to pick-up only locations. Starbucks said that despite this, it was still hopeful that this move would “enhance the customer experience” and “enable profitable growth for the future.”

The telecommunications field has not been exempted from problems either. The investing.com reported that in 2020, AT&T closed down 250 of its physical stores. Now, it will be closing down another 320, according to the Communications Workers of America Union. The CWA said that these closures will lead to more than 1,600 job losses. AT&T has defended the total of 570 closures by saying it is “adjusting” its retail presence to “reflect” consumer “shopping practices.”

Houseware giant Bed, Bath & Beyond will be closing roughly 40 stores (less than four percent of its total stores worldwide) by the end of 2022. Investing.com reported that many market insiders predict that this may be the first few drops of a potential waterfall of closings within the next several years.

Another pharmacy chain that is experiencing financial difficulties is Walgreen’s. Investing.com reported that the pharmacy stores are closing off an even 200 stores, hoping to continue turning a profit in their other locations. Walgreens Boots Alliance Inc has continued to lose money, and Fox Business pointed out some shocking specs on the company’s failure. The company, owned by Walgreens Boots Alliance, lost $1.7 billion during three months in 2020. In 2021, the chain closed a further 17 locations in the San Francisco area.

The electronic retail giant, Best Buy, has faced a dramatic decline in sales over the years as the rise of online retail has taken hold, according to the investing.com report. It’s unclear exactly how many stores will close in the following years, but higher ups at the company say the number will be greater than 20.

Much like Earth Fare, GNC is another health and wellness store that has bit the dust, as was reported by investing.com. The vitamin retailer wasn’t doing well before 2020 hit, and the events that year just sealed GNC’s fate. In June of 2020, the brand declared bankruptcy and announced that it would close 900 of its stores, which number 7,300 in total.

Soap, shampoo and fragrance retailer, Bath & Body Works announced that 50 store locations, primarily in the United States, will be closing permanently by the end of 2022, according to the investing.com report. The company plans to offset this with a three-year plan to open to 46 new locations and renovate up to 175 pre-existing locations. Considering the company operates more than 1,600 stores worldwide, this is hardly a drop in the bucket.