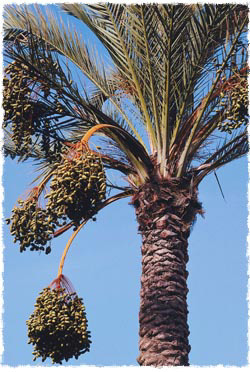 What Is Shavuot & How is it Celebrated?

From the Book of Our Heritage

Tu B’Shevat, the fifteenth day of the Hebrew month of Shevat, is one of the four days which are characterized as Rosh Hashanah — the beginning of the year, for each one of these days begins the year in respect to a specific subject. The others are the first of Nissan, the first of Elul and the first of Tishrei.

The first of Nissan is considered to be Rosh Hashanah for calculating the years of the reign of the Kings of Israel. Thus, if a king was anointed in the month of Adar, the following month of Nissan would be considered to be the beginning of the second year of his reign.

The first of Nissan is also regarded as Rosh Hashanah for counting the pilgrimage festivals.

The first of Elul is considered to be Rosh Hashanah for the tithing of animals.

Tu b’Shevat, the fifteenth of Shevat, is considered to be Rosh Hashanah for trees, regarding the requirement of tithing their produce.

Tu b’Shevat is also considered to be Rosh Hashanah regarding the end of the calculation of orlah, the laws of neta revai.

Our sages designated the fifteenth of Shevat as the boundary between one year and another regarding fruit-bearing trees, for by this date, most of the annual rain has fallen. Fruits that grow after this date are therefore considered to be produce of a new year.

Although the fifteenth day of Shevat is considered to be a Rosh Hashanah, the designation applies only to the calculations that begin on that date, separating ma’asrot (tithes) from fruit. The day is not marked, however, by a prohibition of work, by an obligation to eat a festive meal and rejoice, or with special prayers.

Nevertheless, Tu b’Shevat is invested with a festive sense and has some vestiges of a holiday. Tachanun is omitted in Shacharit and in Minchah on the preceding day, eulogies are not made for the dead, and if the date falls on Shabbat, Av ha-Rachamim is not recited.

The reason for the festive mood of this Rosh Hashanah of trees is that Tu b’Shevat bespeaks the praise of the Land of Israel, for on this day the strength of the soil of Eretz Yisrael is renewed and it begins to yield its produce and demonstrate its inherent goodness. And it is with reference to the fruits of the trees and the produce of the soil that the Torah praises the Land of Israel, as the verse (Devarim 8:8) states: A land of wheat and barley, of vines, figs and pomegranates, a land of olives and honey. The verse speaks of two types of grain and five types of fruit when describing the richness of Eretz Yisrael. The honey that the verse mentions refers to honey derived from dates. Thus, the day on which the soil of Eretz Yisrael receives renewed strength to give forth its bounty is a day of rejoicing for the people of Israel, who till the land, who love it and who yearn for it.