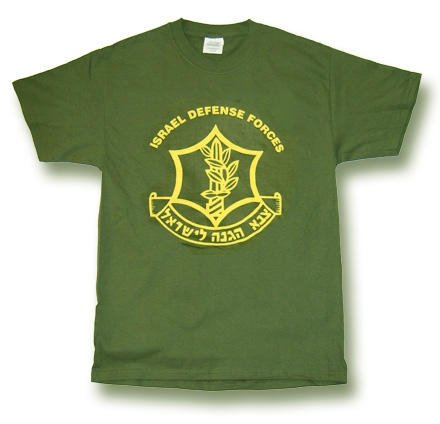 When Blake Zavadsky and Ilan Kaganovich were attacked by two men in the Bay Ridge section of Brooklyn recently, the two men, both 21 years of age, were shocked. They had been wearing sweatshirts emblazoned with the logo for the Israel Defense Forces. They were called “dirty Jews” by their assailants and Zavadsky was punched in the face twice and had ice coffee poured on him in a blatantly anti-Semitic assault.

Speaking to the New York Post, Zavadsky said, “They asked us what we were doing in their neighborhood. They called us ‘dirty Jews.’” The Post reported that  he said they took particular issue with his hoodie that featured the emblem of the Israeli military forces.

“The one who punched me said if I don’t take my sweatshirt off, he’s going to rock me,” Zavadsky said.

“‘How can you support these dirty Jews?’” Zavadsky said the man allegedly snarled.

Kaganovich told the New York Post, “I can’t believe this happened. We should be able to wear whatever we want to wear.”

Hikind spoke about the hideous rise in anti-Semitism in New York City and the entire country and said that Jews will not be victims again and will continue to display their loyalty to Israel. Hikind said, “In 1944, my mother and her family were taken to Auschwitz, when the Nazis knocked on her door.” He added, “This is why we must be vigilant about anti-Semitism and we must speak out against this vitriolic hatred of Jews.” Hikind made particular note of the young people attending the demonstration at the corner of 86th Street and Bay Parkway in the Bensonhurst section of Brooklyn. Many people attending the demonstration wore IDF hoodies and carried signs from the “End the Jew Hatred” movement.

Since the attack on the young men, new social media movement has been created to support those wishing to show their support to the Israel Defense Forces.

According to a report in the Forward newspaper, the hashtag #IDFshirtchallenge was created by David Draiman, the lead singer of the heavy metal band called “Disturbed”.

The Forward reported that the hashtag asks users “to post pictures of themselves proudly sporting their IDF apparel on both Twitter and Instagram, and figures such as influencers Moti Ankari and Jordyn Tilchen as well as Arizona State Rep. Alma Hernandez have already jumped on board, posting photos of themselves repping IDF gear.”

The Forward also reported that Draiman “posted a photo of himself performing while wearing an IDF tank top. “I stand in solidarity with the two young Jewish men who were attacked in Brooklyn, NY yesterday,” he wrote in the caption. “We will not be intimidated. #IDFShirtChallenge #amyisraelchai.”

Speaking to the Forward, Emily Schrader who formerly operated the social media platforms for the pro-Israel advocacy group StandWithUs. She told the paper that, “We’ve seen a big rise in antisemitism and antisemitic attacks in the name of anti-Zionism.” She said the attack on the two Brooklyn men was “just another example of that.”

Ms. Schrader, who now runs a social media consultancy added, “This person wasn’t targeted simply because he was wearing an IDF T-shirt