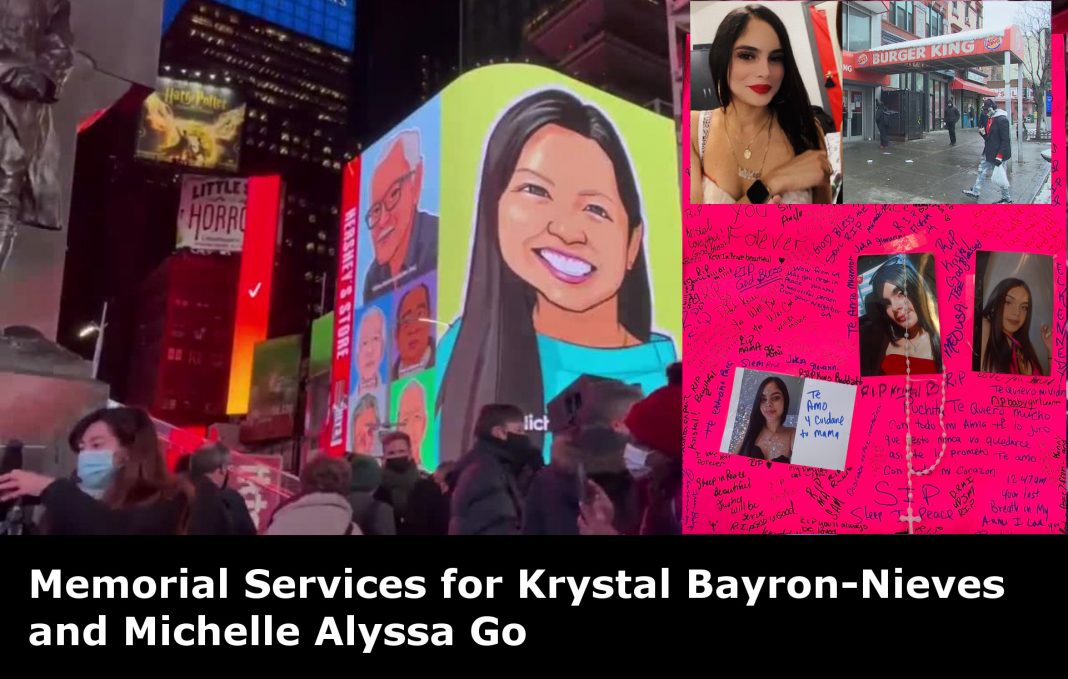 In Yet Another Sign of Inflation, Cocktail Prices Surge in NYC

Jewish Voice 1/15/21 wrote: “Those elected officials that ran NYC in the past, understood that the ticking time bomb of mentally ill sick must be separated from innocent New Yorkers like 19-year-old Kristal Bayron-Nieves, helping her mother pay the bills and Michelle Alyssa Go using the Times Square subway station. NY Post 1/17/21 wrote: An illness that requires the authorities to act — not to leave these unfortunates roaming the streets and subways, some of them ticking time bombs.

The time bombs accused in recent crimes, were roaming our streets and subways because of the recent bail reforms did not separate regular criminals from those suffering from mental illness. Albany made no special provision in the bail reform law to protect the mentally ill, who would no longer be sent to the hospital on Rikers Island. Besides functioning as professional mourners after each atrocity, throughout history elected officials have ignored the problem with those suffering from serious mental health issues, allowing hospitals to cut expensive inpatient psychiatric beds, even using their funding in the budget for other purposes, like de Blasio’s wife slush fund,ThriveNYC.

Twitter @ycinnewyork: “I expected as much. Ms. Go’s vigil drew a large crowd for politicians and candidates. They came to give virtuous lectures, take photo ops and if lucky, get some press. It’s all about them. They can’t even be honest about the problem that led to her killing.” @NumbChunks  “Everyone there was making up things about #michellego to push their agenda. No one had any plans for improving the situation.”

The NYC Council’s new chair of the Criminal Justice Committee, Carlina Rivera thinks that criminals are the real victims, and that the justice system perpetuates violence. The mentally ill have become the real victims of Rivera and her fellow progressive’s beliefs and pro-criminal policies. After last year’s City Council including Rivera voted to defund the police, which lead to the disbanding of the NYPD’s Homeless Intervention Unit, which went into the subways to help the armies of mentally ill creating havoc there.

@CarlinaRivera Twitter: Our criminal legal system doesn’t solve violence, but in fact perpetuates it. As Chair of the @NYCCouncil Committee on Criminal Justice, New Yorkers have my pledge that we will center humanity for all subjected to the devastating impacts of incarceration.

NYC & NY State Leaders Still Don’t Get It: Calls for increase spending on social services following the murder of Michelle Go, but 200 “non-profits” already get hundreds of millions for “outreach,” while the segment of the homeless who need to be hospitalized, pray on the innocent in our city’s streets and subways. Self-styled “homeless advocates” like Christine Quinn do good but enable developers to waste millions of the homeless money.

West Side Community Organization @westsideco_org Twitter: “Demanding this for 2 years. MICA homeless cannot be pushed into unaccountable shelters run by homeless industrial complexes who are in the business of homelessness – this includes outreach nonprofits who don’t actually work.”

NY’s elected officials who have failed to help those suffering from mental health problems have not only made the public the victims of their sickness, but they have also victimized the police by forcing them to manage ticking time bomb mentally ill who they have not defused.

Does anyone believe that if the Bronx 16-year-old gang member who was shot in the groin by his own illegal gun, while he struggled with a police office last week, was a strong mentally ill homeless man and the cop’s gun went off while the man grabbed for it in the struggle with the cop, that Public Advocate Jumaane Williams who was standing behind the Mayor and Police Commission after the murder of P.O Jason Rivera, would be leading the march from Barclays Plaza in Brooklyn to NYPD headquarters protesting the cop shooting the homeless man.

UWSide @SideUw Twitter:  Anyone reading this should go back and find clips of @JumaaneWilliams stoking anti-cop hatred pre the riots of 2020. Michael @Michael39656085 Twitter: Replying to @JumaaneWilliams Save yourself a trip (to the mayor’s press conference about the murdered NYPD officer) Jumaane. Nobody in blue wants you there. You are a part of the problem.

Assembly Speaker Carl Heastie says he wants to wait to see if many people are killed by defendants freed without bail before considering improvements. Memo to Hochul, Heastie and Senate Majority Leader Andrea Stewart-Cousins: Gothamists elected Eric Adams mayor largely because of his vow to curb crime. If you fail to act, you’re handcuffing him — and snubbing voters. But NYC voters, with the help of a broken election system, have a history of electing the wrong leaders. DA Bragg was elected in the June 2021 Democratic Primary with 32% of the vote, with only 20% of the registered voters participating. Over two million New Yorkers who are registered voters in other parties, or no party are blocked from voting in the only election that counts, the Democratic Primary. Of the 1,262,237 registered voting in Manhattan, DA Bragg received 6.7% of their vote – NYC’s version of Democracy?

Elected Officials Become Powerless When the Public Knows the Murdered Victim Name, About Them, Their Family and Friends

The local media, lead by the NY Post is putting an effort to not only naming the victims being murdered, but they are also putting a face on the victims, reporting on their families and friends, day after day connecting the stories to the new Manhattan DA and Albany’s bail law. Michelle Alyssa Go who was pushed to her death by a deranged homeless man, worked as a volunteer for the homeless. We also know that Kristal Bayron-Nieves was working that midnight shift at Burger King to help pay her mothers bills and to attend beauty school in the future. The public quicky forgets about the incident when there is no face and bio connected to the murder victim, it also block their ideological politicians, PR crisis experts like Risa Heller who is working for DA Bragg from spinning to the media. Before Friday’s police murder, progressives want to send social workers to handle domestic violence 911 calls.

Sadly, we are in an era when many of today’s elected officials are driven by their ideology, not reality. Other pols who are not left-wing are afraid of the city’s growing left-wing vote. The family and friends of Kristal Bayron-Nieves and Michelle Alyssa Go and other murder victims must put pressure on Albany’s leaders to change the bail laws and give Criminal Judges to power to hold people who need help. More police will not always help control the mentally Ill from making new innocent victims. There were six police officers located in the Times Square Station, two on the same platform as Michelle Go when she was pushed to her death.

Those Asian leaders who organized the Times Square rally to remember Michelle Alyssa Go, must hold another rally in Albany inviting the Assembly Speaker, the Senate Majority Leader, and the Governor. The leaders helping the family should watch tapes of Rev. Sharpton and lawyer Sanford Rubinstein holding news conferences for victims of violence. The NY Post had it right last October, “Must a subway shoving be fatal before NY leaders move to stop them?” 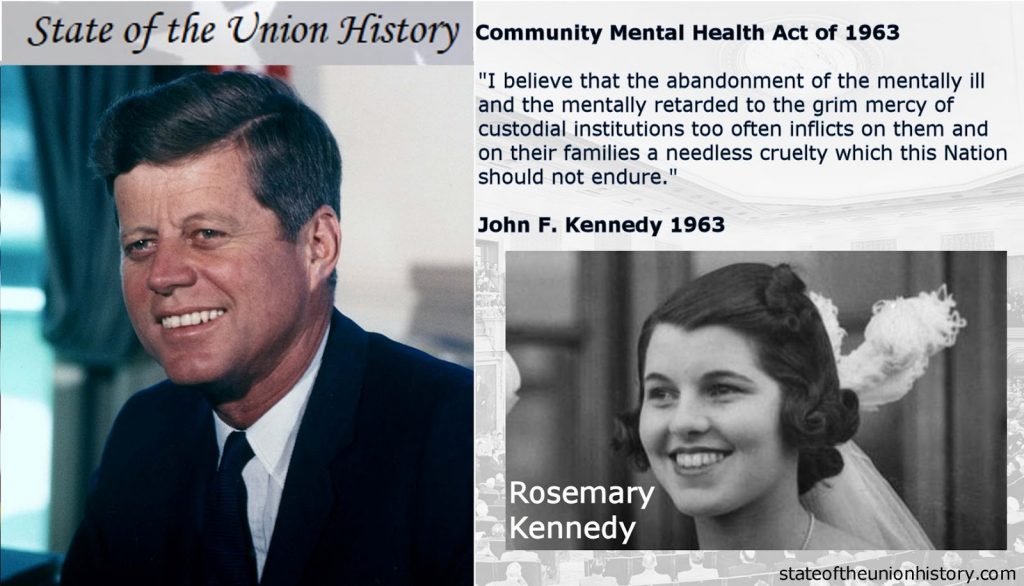 In 1963 President Kennedy, whose sister suffered from mental illness passed “The Community Mental Health Act” to provide federal funding for community mental health centers and research facilities in the United States. Only half of the proposed centers were ever built; none were fully funded, and the act didn’t provide money to operate them long-term. Some states saw an opportunity to close expensive state mental hospitals. During the Reagan administration, the remaining funding for the act was converted into block grants for states.

The mentally ill were institutionalized before the Willowbrook Hospital and other mental health institutions were shut down in the 1970’s. Investigative reporter Geraldo Rivera, who was responsible for closing Willowbrook, said this week that the hospital that he found inhumane conditions was for children suffering from down syndrome, cerebral palsy and other brain diseases. He never intended that the hospitals taking care of psychotic adults be closed down.

After the institutions were closed in the 70’s, NYC mentally ill were locked up in Rikers Island prison. After the movement to empty the city’s prison and Albany’s bail reforms, those suffering from serious mental illness have been allowed to interact with the public on our City’s streets and subway. In spite of the no bail release 45 percent of city Rikers’ detainees still have a mental health diagnosis, and 17 percent have a serious mental illness. Albany neglect has allowed the extremely sick to prey on innocent New Yorkers like 19-year-old Kristal Bayron-Nieves, helping her mother pay the bills and Michelle Alyssa Go using the Times Square subway station.

Albany has only given Criminal Judges the power to hold the mentally ill for 72-hour hospital hold in an emergency room for psychiatric evaluation — then, invariably, release, allowing schizophrenia to metastasize. ER Doctors feel powerless to keep a patient unless they can prove the person is on the verge of hurting someone, an almost impossible standard. So too are mental-health assessments when an individual is released from criminal custody now woefully insufficient. NY is one of just four states that doesn’t recognize the inability to meet basic survival needs as grounds for hospital commitment. Nor is NY State among the 24 that include the inability to protect oneself from psychiatric harm as a basis for institutionalization. Albany needs to extend Kendra’s Law and make it permanent (which allows court-ordered Assisted Outpatient Treatment, or AOT, and community supervision in cases of serious mental illness) to give the judges greater discretion in ordering involuntary commitment to individuals in crisis. A phalanx of interest groups opposes any expansion of involuntary treatment, viewing it as a violation of core civil liberties. These activists don’t see the irony of their position: Abandoning the severely mentally ill to lead lives of unremitting torment, or freeze to death, or rot in a prison cell, is the ultimate denial of their civil rights.