Sean Hannity, Maria Bartiromo, Dave Rubin & The Jewish Voice. What Do All These Have in Common? 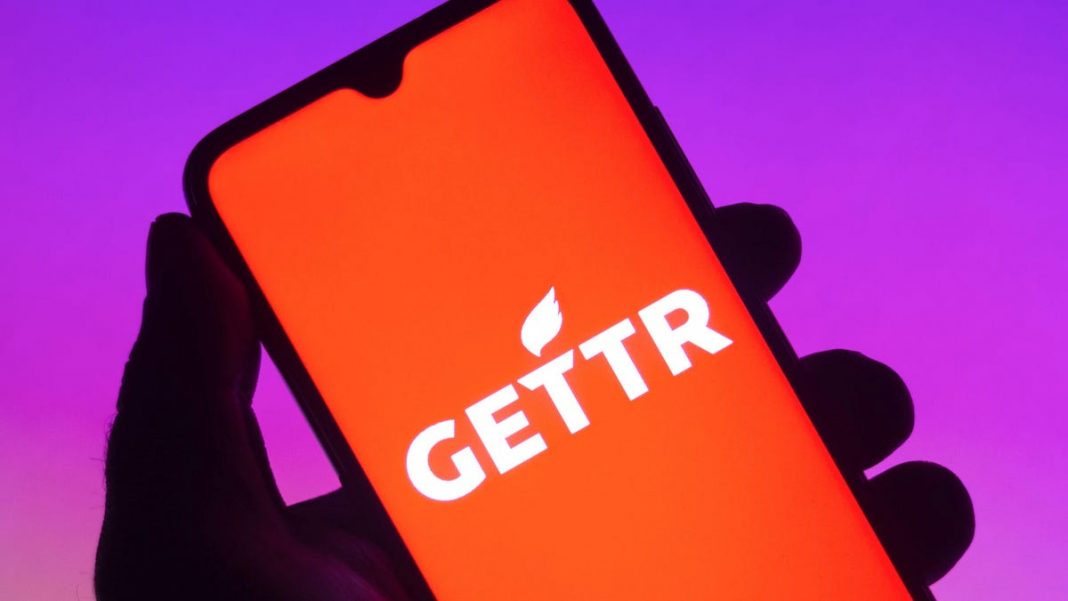 As was reported by the New York Post, Jason Miller, a former advisor to Donald Trump has created a new social media app called “Gettr” and it has been attracting some big media names. After it debuted, podcast megastar Hoe Rogan joined. When he made this information public, and very soon thereafter more than a million new users were signed up for it.

Gettr is essentially a politically conservative alternative to Twitter in terms of sharing information. According to company figures that were exclusively shared with The Post, Gettr hit the million mark this past Friday. That was less than a week after Rogan placed his first post on the app, as was reported by the Post. Moreover, Gettr now has over 4 million users, according to the app’s spokeswoman, Ebony Bowden.

That brings the site’s total number of users to more than 4 million, according to spokeswoman Ebony Bowden.

Other prominent names to join Gettr are Fox News’ Sean Hannity and Maria Bartiromo to name a few. Joining them on Gettr are other conservatives such as writer Jordan Peterson, political commentator Dave Rubin and New York Post columnists Karol Markowicz and Salena Zito, as was reported by the Post.

Also joining Gettr is David Ben Hooren, the publisher of the Jewish Voice.

“Because of the dangerous censorship of views on Facebook and Twitter and because of their reprehensible practice of shadow banning accounts in whose views they do not approve, I felt that the time had come to join a social media app that respected and honored our constitutional rights of freedom of speech, thought and expression, “ Ben Hooren said.

He added, “For several years now, the Jewish Voice has been targeted by an insidious shadow banning campaign that was orchestrated by Facebook and Twitter and frankly, this is totally outrageous and unacceptable. We are a conventional news site that delivers an even-handed account of the news, so there is no reason that we should be silenced.”

The Post reported that prior to being banned by Twitter, Taylor-Greene tweeted that “extremely high amount of covid vaccine deaths are ignored” and called for the Food and Drug Administration to not approve coronavirus vaccines. Twitter claimed that the decision to ban Taylor-Greene was that she had repeatedly shared vaccine misinformation.

In his first post on Gettr, the Post reported that Rogan responded to Taylor-Greene’s banning by saying, “Just in case s—t over at Twitter gets even dumber, I’m here now as well. Rejoice!”

Gettr spokeswoman Bowden said that Gettr did not compensate Rogan to join and on January 3rd alone, the wave of signups included 343,000 people which was the biggest one-day number since it launched in July, as was reported by the Post.

Miller had attempted to convince former President Trump to join Gettr, but the nation’s 45th president said in October that he had plans to launch his own social media platform called TRUTH Social.

The Post also reported that the Daily Dot web site said that TRUTH Social was to have come online in November and released to a wide audience in the first quarter of 2022. However, the delay in launching TRUTH was due to the fact that a number of test versions of the site had been leaked online. This left hackers and journalists the ability to co-opt Trump’s own user name.

Because of the snafus that TRUTH encountered, it appears that Gettr is attracting potential TRUTH users.

Gettr’s ability to scoop up members is that it is predicated upon looser content moderation policies, as was reported by the Post.

The report also indicated that on Gettr all perspectives and views on politics and vaccines are allowed. While other social media platforms may run posts through fact checkers that stamp them as false and ask for their removal, Gettr will allow posts that other fact checkers won’t.

Gettr, however, has its own limits. The Post reported that they will prohibit overt white supremacy and will remove posts that laud the policies of the KKK, the Neo-Nazi party and others of that ilk. Recently, white nationalist organizer Nick Fuentes of “Unite the Right” was banned by Gettr.

When it comes to attracting a global audience, Gettr is making inroads there as well. Gettr told the Post that as of Friday it had 2.2 million users in the US. That was followed by “500,000 in Brazil, as well significant user bases in the UK, Germany and France. By comparison, Twitter has about 78 million daily active users in the US and 206 million worldwide.”

Speaking to the Post, Miller said, “These numbers are proof that social media users are starting to wake up to the increasingly heavy-handed censorship of Silicon Valley executives and are hungry for alternatives. We welcome people from all ideologies and backgrounds to express themselves freely on our platform.”

Miller also said Gettr is “for everyone across the political spectrum” to come together and have debates as per the First Amendment, as was reported on Wikipedia. He also stated it was designed to be “cancel-free.”

The Post also reported that Miller told them that some of the funding for Gettr has come from an  investment fund “controlled by the family of Guo Wengui, a businessman who fled China in 2014 and is close with fellow ex-Trump adviser Steve Bannon. It also has other unnamed backers and had raised about $75 million in funding as of September, according to Miller.”