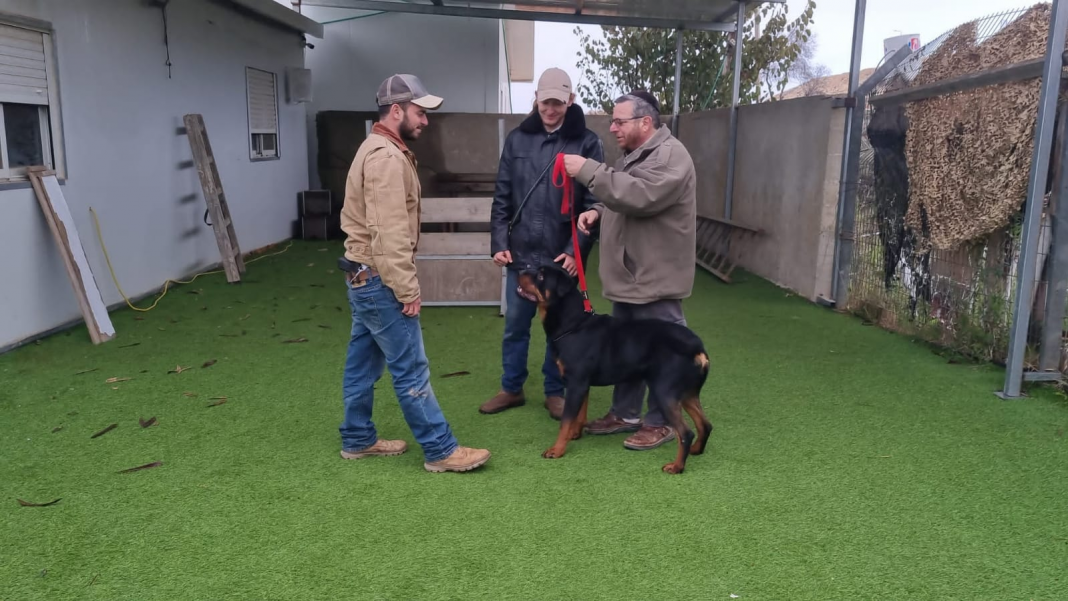 Smallest-Known Miniature Medieval Hebrew Manuscript to be Auctioned in Jerusalem

Turkey Pledges Support for Palestinians Despite Improved Ties with Jerusalem

(A7) Two nonprofits have come together to fight the recent rise in crime throughout Israel’s south. The Israel Dog Unit (IDU), which specializes in the training and deployment of security dogs, and HaShomer HaChadash, which focuses on protecting Israel’s farmers in the Negev and Galilee, have partnered to afford HaShomer HaChadash’s coordinator a much-needed additional level of personal security during his daily rounds of the Israeli homesteads his organization protects.

Noam Bonfed, coordinator of HaShomer HaChadash’s southern branch, visited the IDU’s base in Samaria to take personal delivery of Zaalah, a security dog specially selected and trained for work in Israel’s south. Noam explains that while he and other members of his organization regularly carry legal firearms, they are no longer sufficient protection against the steady rise of organized crime in the Negev. Daily encounters with hostile elements in the field led Noam to conclude that he needed a security dog at his side. 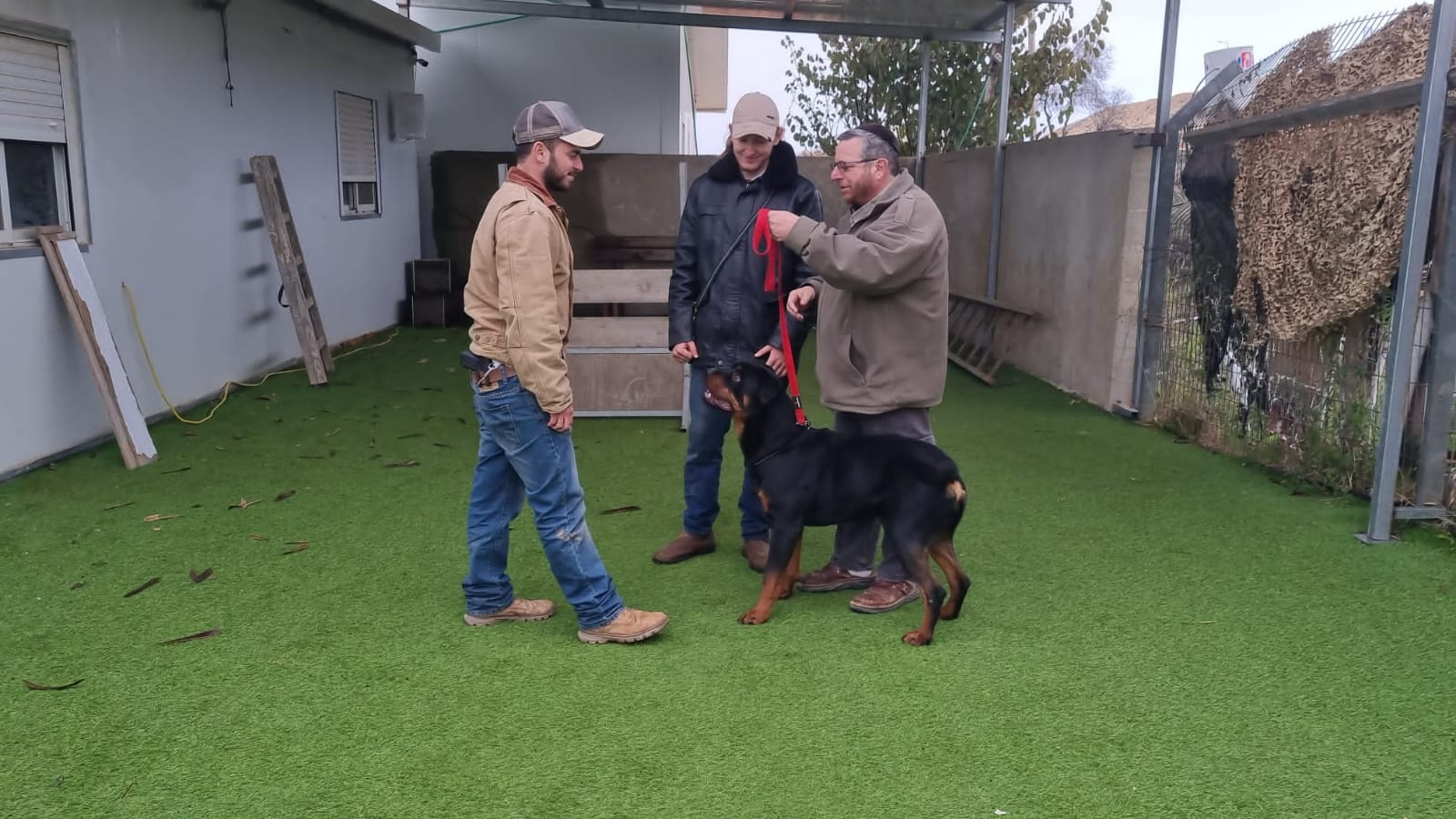 Noam Bonfed meets his new partner against crime in the IDU’s training facility.

Noam’s organization works with governmental authorities to establish a network of volunteer guards to spot and intercept criminal elements before they can do any harm to Israel’s farmers. Farmers in the Negev and Galilee face ‘agricultural terror’ – a mixture of extortion, vandalism, theft, and home invasion against farmers – on a regular basis, as well as the persistent problem of squatters and illegal construction ruining otherwise arable terrain and encroaching on legal agricultural enterprises.

Opposition MKs have raised concerns that the recently passed Electricity Law will exacerbate these issues, with MK Bezalel Smotrich (Religious Zionism) commenting “This law sells state land to supporters of terror” and predicting that it would ‘allow lawlessness to rampage and take over Israel’s south’.

The IDU has supplied Noam with a fully trained dog for detection, deterrence, and protection, as well as a thorough seminar on the proper care and handling of the dog in question. An additional seminar was held a day later for the prospective owners of a new litter born in the IDU base, with the aim of allowing each new owner to properly raise their dog as a loyal and reliable defender of an Israeli household.

Today’s lecture at the IDU’s base in Samaria.

IDU director Yekutiel Ben-Yaakov commented “When Noam asked me for a dog, I told him ‘Come yesterday. This can be a matter of life or death.’ It has been, in the past; when Netanel Ozeri and Gennady Kaufman asked for a dog, they waited a few days, which tragically proved to be too long to wait. Noam received his fully trained dog the day he asked for it. The IDU is honored to be able to answer the calls of those in need throughout Israel, both those in need of security dogs or the families of those who go missing.”