Editorial: How Can the FBI Say that the Hostage Taker Was Not Targeting Jews? - The Jewish Voice

The Slow Death of Our Public School System

After the harrowing experience of watching hours of television news coverage of the frightening hostage crisis at a Texas synagogue, we are all relieved and truly grateful that all those inside the Colleyville house of worship were released; alive and well.

The questions that remain beg for answers as this case is certainly shrouded in mystery. While the FBI and other law enforcements agencies made the decision not to release the name of the hostage taker in the immediate aftermath of the crisis, what we did learn was that the hostage taker’s demand included the release of Aafia Siddiqui, a Pakistani neuroscientist with ties to al-Qaeda who was convicted of trying to kill U.S. Army officers in Afghanistan. 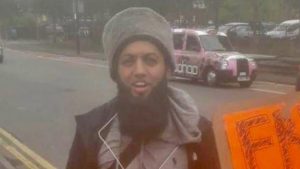 That should have sent up smoke signals in terms of linking this matter to possible terrorism ties. Why didn’t the FBI release the name of the hostage taker, late on Saturday night? Without any formal or informal investigation, the FBI released statements to the Associated Press and other new wire services saying that the hostage taker had not focused on Jews and intimated that this egregious act was not at all anti-Semitic in nature.

The AP reported that “FBI Special Agent in Charge Matt DeSarno said the hostage-taker was specifically focused on an issue not directly connected to the Jewish community, and that there was no immediate indication that he was part of any broader plan.”

In the hours following his demise at the hands of authorities, how could one know beyond a shadow of a doubt that the hostage taker’s target was not Jews. After all, he decided to take over a synagogue and while there he launched into bellicose tirades against Jews.

Only the next day did we discover that the identity of the hostage taker was radical Islamist Malik Faisal Akram, a 44-year-old British national, with possible terrorist connections.  The FBI told the media that there was no indication that anyone else was involved in the hostage taking plot but had not provided a motive as of Sunday afternoon.

Let’s not forget that an entire movement of radical lslamists exists in the United States and whose sole mission is dedicated to calling for the release of Siddiqui, despite her Al-Qaeda ties.

The Texas chapter of CAIR (Council on American-Islamic Relations) and its coalition partners on November 15th, organized a program to seek the release of Aafia Siddiqui, according to a reported on opindia.com. In a Facebook post, they wrote, “Today, our Texas chapter and coalition partners held a press conference at our DC headquarters calling for the release of Dr Aafia Siddiqui, a Pakistani neuroscientist and mother of 3 currently being unjustly held in a Texas prison.”

The report went on to day of CAIR: “The group’s Texas chapter has been extensively voicing its support for the convicted terrorist for a long. Every month, CAIR Texas DFW organize multiple online and offline campaigns to show support for Siddiqui and also raise funds for her legal battle against the conviction. Notably, CAIR has provided its Washington DC office for the program seeking the release of Siddiqui on November 15. The office is within walking distance of the Congress.”

A Yahoo News report of January 16th reported that “in November 2021, the Texas chapter of CAIR and the controversial former Women’s March leader Linda Sarsour hosted a discussion with Siddiqui’s lawyer about “the campaign to free” Siddiqui.”

The Yahoo News report added that “others who have called for Siddiqui’s release include British hate preacher Anjem Choudary, who launched a Twitter campaign for Siddiqui in September and condemned Muslim leaders “who haven’t lifted a finger for her to be freed even though some of them sit on nuclear weapons,” the Middle East Media Research Institute (MEMRI) reported at the time.

“In a Sept. 13 post announcing the campaign on Telegram, Choudary described Siddiqui as a “Muslim woman, an intellectual and a champion for the cause of those who faced oppression, who has been illegally and unjustly treated by the Taghout [tyrant] regimes of Pakistan and America, suffering continuing torture, abuse and inhumane treatment,” MEMRI reported.

Is the FBI being completely transparent here in terms of releasing information? Do they have an agenda and want to keep the media in the dark? Why have the FBI dismissed the possibility that the plot might have been driven by a seething and palpable anti-Semitism and that it just might be linked to a broader terrorist network?

Speaking to reporters in Philadelphia on Sunday, President Biden said Akram allegedly purchased a weapon on the streets and might have been in the U.S. for only a few weeks, as was reported by AP.

U.S. Immigration and Customs Enforcement did not immediately respond to questions Sunday about Akram’s immigration status and history, according to the AP.  London’s Metropolitan Police said in a statement that its counter-terrorism police were liaising with U.S. authorities about the incident.

Late on Sunday afternoon, the UK based Sun newspaper reported that two teenagers were arrested in the British city of Manchester by anti-terror cops investigating Malik Faisal Akram.

In a statement issued to the media, the Greater Manchester Police said: “As part of the ongoing investigation into the attack that took place at a synagogue in Texas on January 15, 2022, officers from Counter Terror Policing North West have made two arrests.

Two teenagers were detained in south Manchester this evening. They remain in custody for questioning.

CTP North West and CTP International operations continues to assist the investigation being led by the US authorities, and police forces in the region are liaising with local communities to put in place any measures to provide further reassurance.”

Why is concrete information about this hostage taker not forthcoming? The FBI has some serious explaining to do. They owe it to the people they serve.