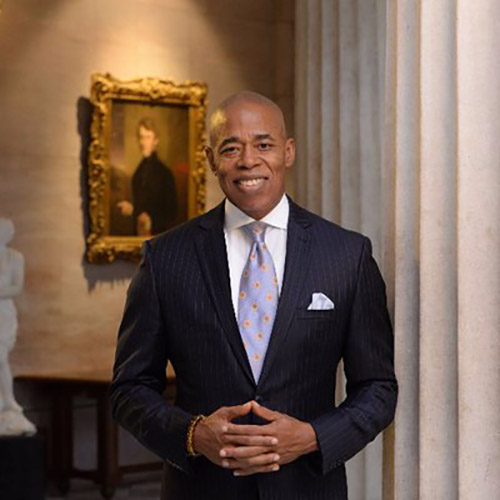 The Rabbinical Alliance of America—Igud HaRabbonim, representing over 950 American rabbis—congratulates Mayor Eric Adams on his historic election as the 110th Mayor of the City of New York. As rabbis, we bless Mayor Adams and pray that the Almighty grant the new mayor wisdom and help and guide him in leading the city during this crucial and challenging time. With the help of the Almighty, the residents of this great city will experience prosperity, security, and a better and brighter tomorrow during the Adams mayoralty.

One of the most important issues currently facing the Jewish community of New York City is the ability to educate our children in a proper Yeshiva environment that trains them to be good Americans and at the same time teaches them to remain true to our faith and traditions. Our Yeshiva educational system has produced generations of productive, loyal, resourceful, and respectful New Yorkers who have contributed much to the growth of the city’s economic, civic, and cultural greatness. The vast and diverse Yeshiva system in New York City is currently thriving as it offers parents a spectrum of schools to fit each child’s unique needs. Never before in history has a Jewish parent had so many school choices as in New York City today. We at the Rabbinical Alliance of America look forward to continuing this tradition of educating our children in such a fashion that develops patriotic and productive citizens who proudly observe their religious beliefs and simultaneously add to the great cosmopolitan life, culture, and vibrancy of New York City.

Rabbi Mendy Mirocznik, executive vice-president of the Rabbinical Alliance of America stated, “Incoming Mayor Eric Adams is a true friend of all New Yorkers and he is a firm believer in cultural sensitivity and diversity. We are personally familiar with Mayor-elect Eric Adams and consider him a good friend of the Jewish community. We are certain that he recognizes the importance of religiously and culturally sensitive education and will do whatever is in his power to continue the success of New York City’s Yeshiva system. Nearly all of our member rabbis have attended Yeshiva from grade school through rabbinic ordination, where they learned our religious sacred texts and traditions alongside the knowledge necessary to become productive citizens of this great city and country. The Rabbinical Alliance of America therefore calls upon Mayor Eric Adams to protect the integrity and independence of the Yeshiva educational system so that its proud graduates can continue to contribute to the diverse cultural fabric and thriving life of New York City.”