How awful is that? Well, do you remember that previous woke catastrophe, In the Heights?  It opened to $11.5 million.

West Side Story is projected to bomb harder than In the Heights, lol.

Even so, the In the Heights’ production budget was only $55 million.

West Side Story cost $100 million to produce and probably as much to promote.

Now we get to my favorite part, that part where all the Hollywood media suck-ups fire off their lame excuses to appease their Studio Masters.

“So far, moviegoers over the age of 35 are the most leery in terms of returning to theaters,” says the left-wing THR.

That’s what you all said about No Time to Die, which opened to a disappointing $55 million. It seems to me that if the older-skewing No Time to Die could open to $55 million, West Side Story could do the same.

Deadline, of course, is always the biggest whore in this department. Here are five excuses jammed into three sentences:

Aside from opening in a marketplace where adults are still cautious [1] because of Covid, West Side Story‘s biggest hurdle as of this minute are holiday season [2] distractions, i.e. shopping, parties. Typically the [3] only movies showing any signs of life before Christmas are event titles like Jumanji: The Next Level and Spider-Man Into the Spider-Verse. One [4] can’t exactly expect big grosses for an adult-demo musical which is a remake of a Hollywood classic [5] before Christmas, even pre-pandemic.

Riddle me this, you brownnosing hacks… Weren’t all these factors apparent BEFORE you predicted a box office haul of $12-$17 million? And let’s not kid ourselves. That estimate was deliberately low in the hopes of fabricating EXCEEDS or MEETS EXPECTATIONS headlines for anything under $20 million, which is still a catastrophe for a $100 million studio movie.

Oh, and because CNN doesn’t already have enough credibility problems, that fake news outlet told its gullible readers,” ‘West Side Story’ could have a big opening at box office thanks to Spielberg and Oscar buzz.”

Oh, okay, CNN. Did you get that information from a dossier? 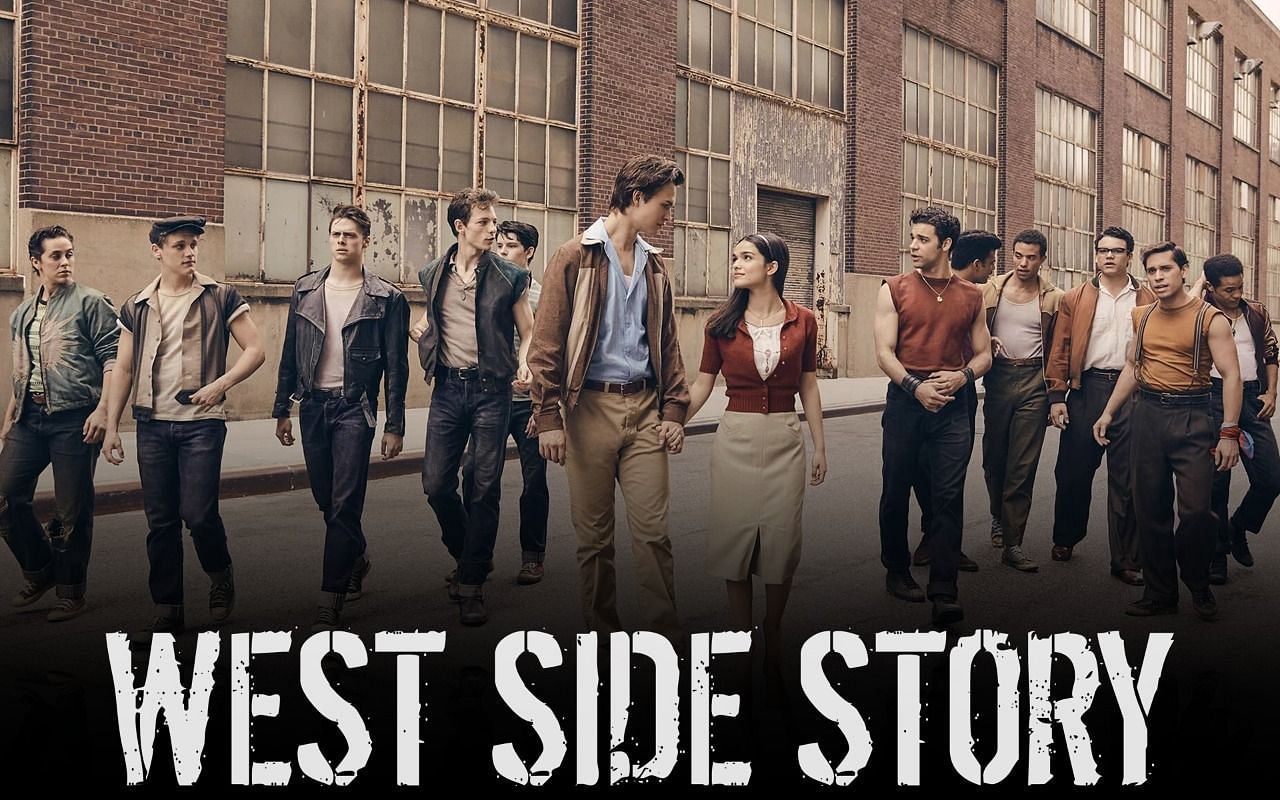 Ansel Elgort and Rachel Zegler in a still from ‘West Side Story’ by director Steven Spielberg. (Courtesy 20th Century Films)

Remaking a Best Picture winner that is still beloved, that no one asked to see remade, is already a terrible idea — a total vanity project on behalf of Spielberg. Everyone loves 1961’s West Side Story. It still works and is still iconic.

But then Spielberg went the woketard route, as though the original somehow required “correcting,” as though there is something wrong with those of us who love the 60-year-old classic. Yes, we must see the correct version, the appropriate version; we must be re-educated.

Spielberg openly sought to appease the most out-of-touch and fascist members of our society — left-wing racial activists. In this case, he sought them out in the crybaby, Puerto Rican activist community. This is a terrible idea, most especially for an artist. Racial activists in no way reflect what everyday Americans think or feel or want, and this includes Puerto Rican Americans.

Spielberg’s racial patronizing was so pathetic, he decided to punish and exclude anyone who’s not bilingual by not including subtitles in scenes where everyone speaks Spanish.

“If I subtitled the Spanish I’d simply be doubling down on the English and giving English the power over the Spanish,” the virtue-signaling Spielberg squeaked from his gerbil cage.

What does that even mean?!?!

I’ll tell you what it means… It means his West Side Story remake is more homework than entertaining.

Here’s a perfect example of what I’m talking about [emphasis added]:

In the new movie, Spielberg and screenwriter Tony Kushner work to correct the original musical and movie’s stereotypical depictions, adding more specificity and historical context around the Puerto Rican experience, and around the issues of racism and racial hostility.

Such animosity first becomes evident when the Jets vandalize a mural of the Puerto Rican flag with a quotation from Pedro Albizu Campos, the leading figure of the Puerto Rican independence movement. The quote reads, “la patria es valor y sacrificio,” Spanish for “the homeland is value and sacrifice.”

“Once you see that and you notice that the flag is the light blue flag, which is the original color of the Puerto Rican flag” before the U.S. colonized Puerto Rico in 1898 after the Spanish-American War. “

Oh, yeah, this movie sounds like a load of laughs, a real good time. And what a brilliant marketing strategy, telling the fanbase there’s something wrong with a movie they already love. Genius!

The only people Spielberg sought to make happy were the Woke Nazis, and now that the American people are clued in on the fact that woke ruins everything, of course, they stayed away. Why would anyone subject themselves to this?

Newsflash: Puerto Ricans do not come to America because they LOVE Puerto Rico. I’m not saying they don’t have an affinity for their homeland. Still, they came to America for a reason—for a better quality of life, because things really are better here, and that is something the 1961 version understood and celebrated.

But who did Spielberg seek out? A handful of noisy, crybaby activists with 1400 Twitter followers who represent no one and nothing but their own neuroses and self-regard.

And then to sit there and say that the original version — which is very respectful of the Puerto Rican culture — needs “correcting?” I can’t think of a better way to ensure fans of the original stay home.

Yes, yes, everyone says West Side Story could pull a Greatest Showman and grow and grow over the holidays, even after this disastrous opening.

Well, we shall see, but The Greatest Showman was an original, wasn’t insulting about “correcting” a classic, and didn’t tell non-Spanish speakers they weren’t welcome by excluding subtitles.

….and this is why we call them “Woketards.”