School censors ‘Jingle Bells’ because it could be ‘offensive’ 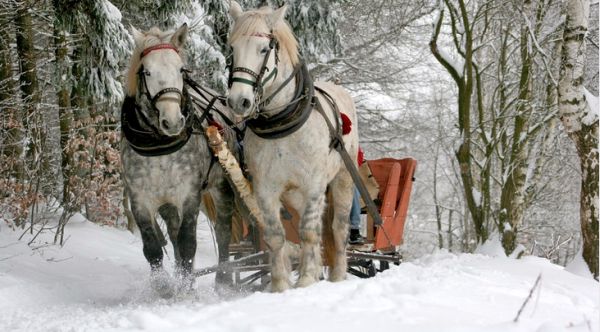 Bob Unruh(WND NEWS CENTER) It is the Rochester Beacon that is explaining at this holiday season how “Jingle Bells” is a very popular Christmas season tune.

“It’s the first song to have been broadcast from space—by Gemini 6 astronauts nine days before Christmas in 1965. It’s regularly been sung at the White House—most recently by President Barack Obama and his family upon lighting the National Christmas Tree in 2016,” the publication report.

But it’s now censored by Brighton’s Council Rock Primary School, the Beacon said, because it has the potential to be “controversial or offensive.”

That’s according to Principal Matt Tappon, who responded to the publication’s inquiry by email.

“Tappon and other staff confirmed by email that the decision to remove the song was based in part on information in a 2017 article written by professor Kyna Hamill, director of Boston University’s Core Curriculum. Hamill’s article is a deep dive (nearly 12,000 words including appendices and footnotes) into the origin of ‘Jingle Bells,’ the life of its composer, James L. Pierpont, and the popularity of sleigh songs in the mid-1800s. She found documents showing that the song’s first public performance may have occurred in 1857 at a Boston minstrel show. Minstrelsy was a then-popular form of entertainment in which white actors performed in blackface,” the report said.

Interviewed by the Beacon, Hamill said, “I am actually quite shocked the school would remove the song from the repertoire. … I, in no way, recommended that it stopped being sung by children. My article tried to tell the story of the first performance of the song, I do not connect this to the popular Christmas tradition of singing the song now.”

She claimed, “Some suggest that the use of collars on slaves with bells to send an alert that they were running away is connected to the origin of the song Jingle Bells. While we are not taking a stance to whether that is true or not, we do feel strongly that this line of thinking is not in agreement with our district beliefs to value all cultures and experiences of our students.”

Lovenheim explained that bells on horses were common as far back as Roman times but Hammill’s paper didn’t address any issue of “slave bells,” and she, in fact, confirmed there is no connection between “slave bells” and the song.

Lovenheim wrote, “In today’s world, with culture wars too often raging and school children and parents increasingly caught in the middle, it’s often difficult to determine whether a given decision is just politically correct or actually wise. And certainly, within the scope of trying to reform the curriculum of a school district comprising four buildings, hundreds of professional and support staff, and thousands of students to be more diverse and inclusive, the removal of one song is a small matter. ”

The columnist explained the radical treatment of the song appeared on the school’s website in a section on “diversity and equity,” which left unclear exactly why it was being trashed.

“If they had spoken with me, I’d have liked to better understand the decision-making process about removing the song and to learn what ‘contemporary and relevant’ songs have replaced it.”