“Total positives hit a new statewide high of 38,835 cases among a record number of 324,786 individuals tested in a single day, according to new data released by the state Department of Health,” the outlet said.

In a vaccination update on Thursday, Gov. Kathy Hochul (D) said 95.0 percent of adults in the state received at least one vaccine dose:

The staggering stats come as new data from New York City shows that unvaccinated New Yorkers are now six times more likely than vaccinated New Yorkers to contract the coronavirus — and more than ten times more likely to end up in the hospital. Those tentative findings come from an analysis of cases from Dec. 5 through Dec. 11 by the Big Apple’s Health Department, which covers the first week of the Omicron surge.

Officials have been able to hold back a wave of critically ill patients that hit the city’s hospitals in the spring and winter of 2020 prior to the vaccines being available.

“Hospitalizations increased slightly with 4,534 patients statewide — marking 82 more patients than the day prior — and of that figure, 837 patients have been admitted to an intensive care unit,” the Post report said.

An additional 63 residents lost their lives to the illness, “adding to the 47,798 death toll recorded by the state’s DOH, which includes people who died in hospitals, nursing homes, and adult care facilities,” the article read.

But the state’s death toll was much more, that number being 60,689 people, according to the Centers for Disease Control. 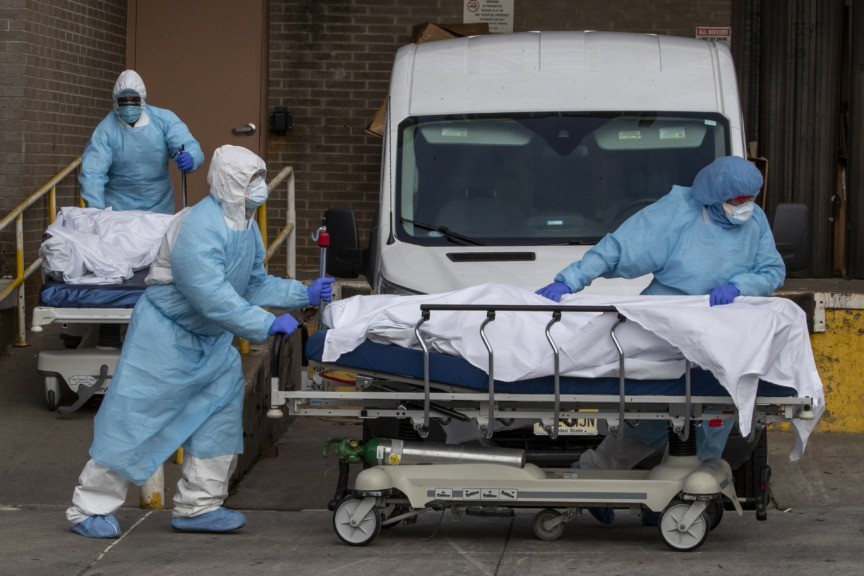 During an interview Monday on CNN’s New Day, New York City Health Commissioner Dr. Dave Chokshi said although coronavirus cases and test positivity saw increases, “we have not seen the same thing with respect to the markers of severe disease, particularly hospitalizations.”
The hospitals were in “a solid position” regarding hospitalizations far below the peaks from spring of last year and the winter.

Co-host John Berman asked him, “As of now, the hospitals are not being taxed, capacity is okay as of now?”

Chokshi stated, “Yes, that’s correct. We’re watching it closely. We’re making adjustments as we need to. But right now, we are in a solid position.”