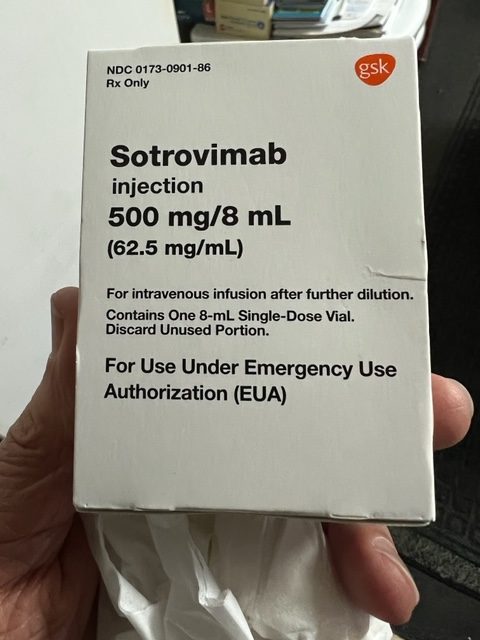 Last week, the Biden administration paused shipments of the Regeneron and Eli Lilly treatments because of concerns about their effectiveness against the omicron variant.

The monoclonal antibody treatment Sotrovimab continues to be distributed.

Florida Surgeon General Joseph Ladapo directly criticized the administration in a letter on Tuesday for “actively preventing” distribution of the treatments, noting they could be used in delta variant cases of the virus.

“The sudden suspension of multiple monoclonal antibody therapy treatments from distribution to Florida removes a health care provider’s ability to decide the best treatment options for their patients in their state,” the letter read, criticizing the “shortsightedness” of the Biden administration.

The Department of Health and Human Services responded to Ladapo’s letter noting that the federal government would continue to provide some antibody treatments but did not specifically address reports of the shortages.

“The federal government has and will continue to supply Florida with treatments that can help improve patient outcomes, reduce stress on healthcare facilities, and save lives,” they said in a statement to Fox News.

In Fredericksburg, Virginia, shortages for the treatment have lead to clinic closures, denying access for people trying to fight the virus.

Texas is also experiencing shortages across the state, noting that since only the sotrovimab treatment is provided supplies have run short.

“The federal government controls the distribution of monoclonal antibodies, and the regional infusion centers in Austin, El Paso, Fort Worth, San Antonio and The Woodlands have exhausted their supply of sotrovimab, the monoclonal antibody effective against the COVID-19 Omicron variant, due to the national shortage from the federal government,” the Texas Department of Health and Human Services noted in a statement

Oklahoma officials also announced that “allocation of monoclonal antibodies has been insufficient to assure adequate supply moving forward” until future shipments in January.

Mississipi and Arkanas has also announced shortages as well as Michigan.

New Jersey hospitals are restricting use of the treatments for only patients who are most at risk.

The White House has not specifically addressed the widespread shortages, but used the president’s social media accounts to remind Americans that vaccines are effective at producing antibodies.