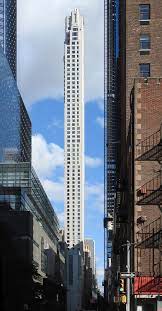 Another apartment has been scooped up at the famed apartment building at 220 Central Park South. This one, for a price tag of $14.5 million, has been purchased by the dean of New York University’s Grossman School of Medicine, Robert Grossman and his wife, Elisabeth Cohen.

As reported by the Real Deal, the Billionaire Row purchase marked a milestone for the building’s developer, Vornado Realty Trust.  This deal brings total sales at the building to above $3 billion.

Mr. Grossman, who the school was renamed after in 2019, has been leading the school since 2007.  It was under his leadership, that the 10 million-square-foot expansion was undertaken for NYU’s hospital system in Manhattan, Brooklyn and Long Island. In 2018, he also led the endeavor to eliminate tuition for medical doctorate students at the school.

JPMorgan Chase doled out an $8 million mortgage loan for the purchase.

The Central Park South building has made plenty of headlines already for its pricy sales. Opened in 2018, the 70-story skyscraper on 58th street, designed by Robert A.M. Stern Architects and SLCE Architects, is the 17th-tallest building in New York City. In 2019, the title of the most expensive home ever sold in the United States was given to a $238 million unit purchased in the building by billionaire hedge fund manager Kenneth C. Griffin.

In a third quarter earnings call, Vornado announced that it closed sales on 104 of the 118 units at the building as of Sept. 30, making net profits of $2.97 billion.  After the report, another condo sold in October for $27.4 million, upping net proceeds to $2.99 billion.

As per the Real Deal, luxury residential real estate has been on a roll thanks to low interest rates.  Sales of super-luxury homes across the country have surged since the feds lowered interest rates after the pandemic, as per data from appraisal firm Miller Samuel.

In 2021, over 40 homes sold in the U.S. for $50 million or more, marking an increase in luxury sales of 35 percent compared to the previous year.  “The lower the rates, the higher the prices,” said Jonathan Miller, president of Miller Samuel.

The state of New York led the way for the nationwide residential splurge, with 13 sales valued at a total of $931 million.  The biggest sale in the tally came from none other than 220 Central Park South, where another duplex sold for $157.5 to Alibaba co-founder Joe Tsai.