(AP) Britney was freed. Bennifer came back. So did Broadway, yay! And actually, the Beatles! As for Bond — James Bond — he said goodbye, at least the Daniel Craig version.

Harry and Meghan spoke to Oprah, and boy, we listened. We listened, too, to Taylor Swift, who sang about a failed affair and a still-missing scarf (ex-lovers: hang onto knitwear at your peril!)

It was a year for reunions: The cast of “Friends,” for example, and three of the “Sex and the City” foursome, in a reboot. And revivals: “West Side Story” made an Oscar-buzzy splash 60 years after the original. Even Tony Soprano came back, sort of, for a minute.

Live entertainment brought a wary joy — wary because at any time, it could stop. And nice guys won out — at least in TV comedy, where “Ted Lasso,” Jason Sudeikis’ show about an endearingly earnest American coach transplanted to cutthroat British football, swept the Emmys. The whole “Ted Lasso” cast was great, but if we’re seeking to capture the mood of the year, let’s maybe look to the goldfish.

You know, the goldfish. The happiest animal, Lasso likes to tell his players, because it only has a 10-second memory (though science may beg to differ). That’s good when you’re holding a grudge in sports, but also when you’re trying to get through a rollercoaster year like 2021, when we thought we were up and then we were down again. And again. And again.

So here’s to you, happy goldfish. And here’s our annual, highly subjective trip down pop culture memory lane: 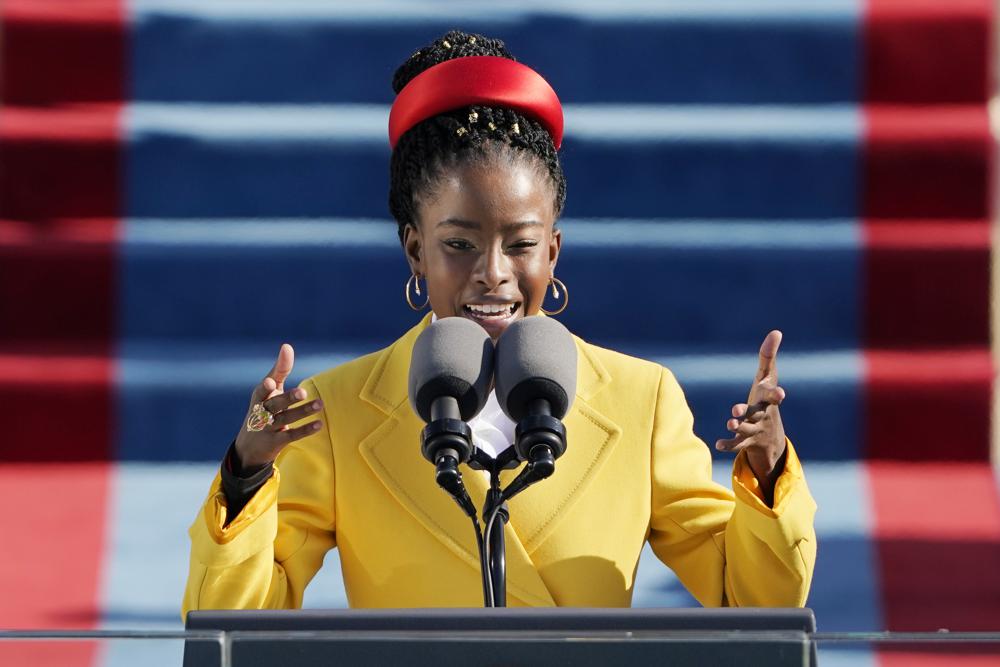 On Inauguration Day, a star is born, and we’re not talking about an elected official. AMANDA GORMAN, 22, captivates a nation, reciting “The Hill We Climb” in her distinctive yellow coat and red hairband. Within hours, the eloquent national youth poet laureate has gained more than a million followers on Instagram (now close to 4 million); soon, she has million-print book orders, a modeling contract and a hosting gig at the Met Gala. Runner-up inauguration star: BERNIE SANDERS’ MITTENS, inspiration for many a bobblehead.

“Could this whole night have been an email?” co-host TINA FEY asks of the Golden Globes, an awkwardly virtual ceremony that still has its moving moments, including a heartbreaking speech by TAYLOR SIMONE LEDWARD, widow of posthumous winner CHADWICK BOSEMAN: “I don’t have his words.” These Globes will be remembered, though, for revelations of the shocking lack of diversity in the Hollywood Foreign Press Association. A judge upholds — for now — the conservatorship governing BRITNEY SPEARS, as a new documentary, “Framing Britney Spears,” shines light on the troubling case.

It’s a big night for women at the Grammys, where SWIFT becomes the first female performer to win album of the year three times, and BEYONCÉ gets her 28th win to become the most decorated woman in Grammy history. But the biggest news this month is HARRY and MEGHAN’s bombshell interview, in which Meghan speaks of a fairytale life that turned dark and made her suicidal, and alleges experiencing racism in the royal family. 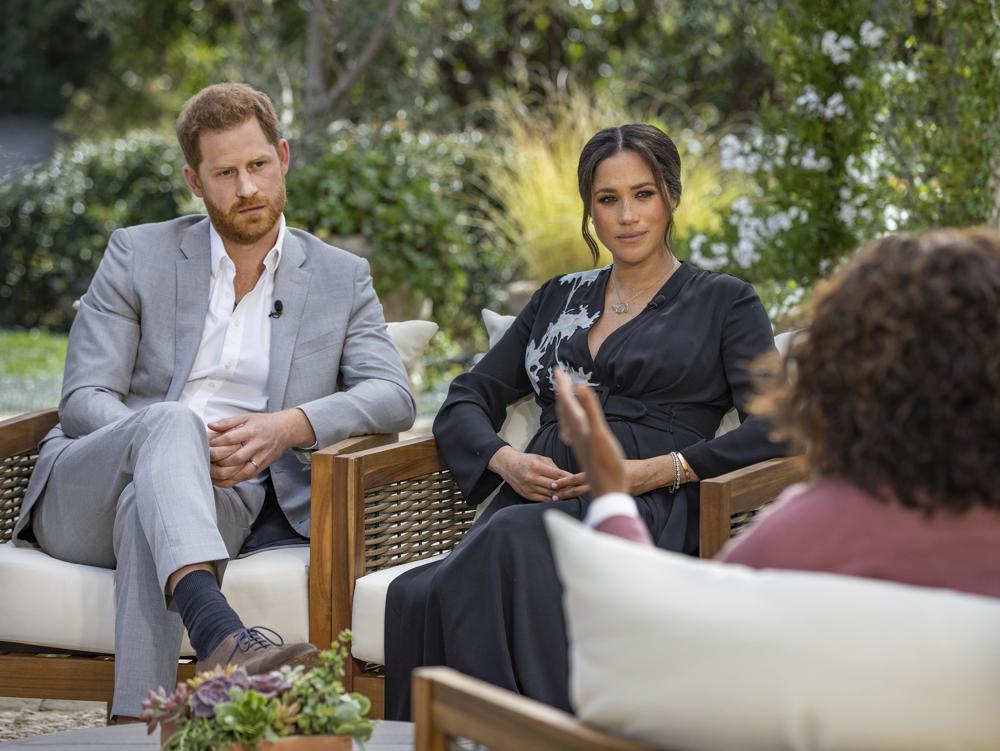 It was about time. CHLOÉ ZHAO takes the best director Oscar for her lyrical “Nomadland,” only the second woman in history (and the first woman of color). The in-person but stripped down Oscars bring back red-carpet glamour — t hat abrupt ending was super weird, though. April is also Titanic anniversary month — worth noting because of BOWEN YANG’S hilarious impersonation, on “Saturday Night Live,” of the iceberg itself, who’s moved past that sinking thing but is eager to promote his album. 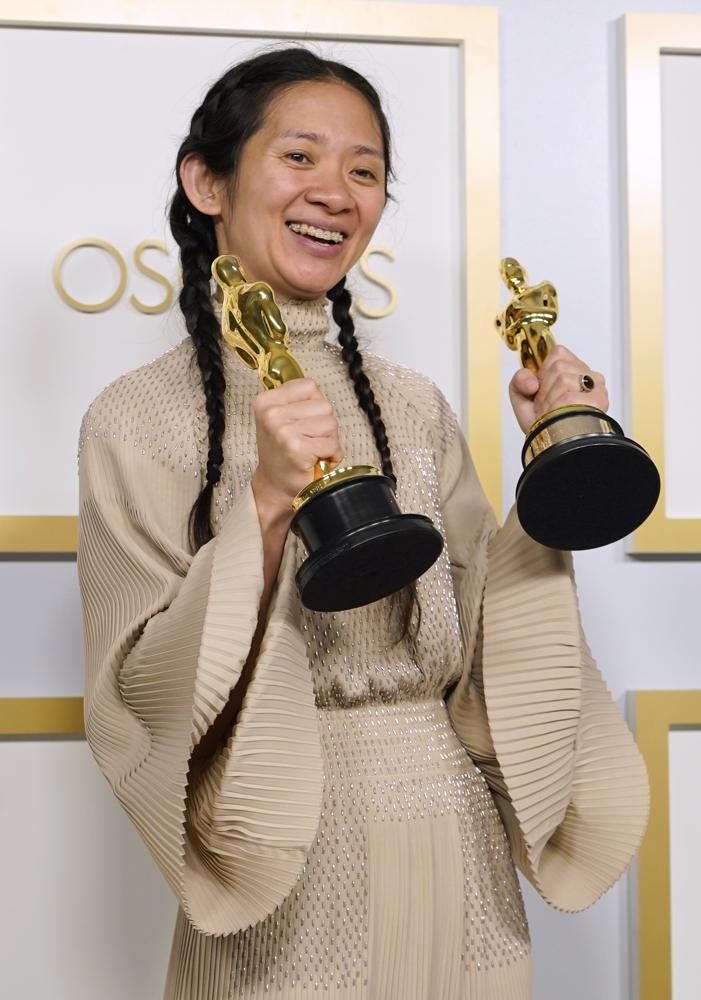 Let’s devote this month to friends – meaning “Friends,” aka Joey and Phoebe and Chandler and Monica and Rachel and Ross, who hold their long-awaited reunion, Among the revelations: A mutual, previously unknown crush between JENNIFER ANISTON and DAVID SCHWIMMER, and LADY GAGA’S fondness for Phoebe’s “Smelly Cat.” Also: the monkeys who played Marcel weren’t nice, and this is the last reunion (we’ll see about that).

One of Hollywood’s more compelling relationships i s apparently finished. KIM KARDASHIAN WEST details in “Keeping Up With the Kardashians” why she filed for divorce from KANYE WEST in February: “I don’t want a husband that lives in a completely different state,” she says, and “I want someone who wants to work out with me.” SPEARS speaks, telling a judge that she wants her life back. “I’ve lied and told the whole world I’m OK,” she says. She was not.

Nice guys don’t always finish last — especially not in 2021, when audiences seem to crave something upbeat and folksy and guileless. The second season of “Ted Lasso” debuts this month, bringing a new set of challenges to the amiable coach and his underdog club, AFC Richmond. In two months, the show will sweep the comedy Emmys — we’re just telling you now, because our September entry will be packed! “Heck of a year,” Sudeikis will say, Lasso-like. 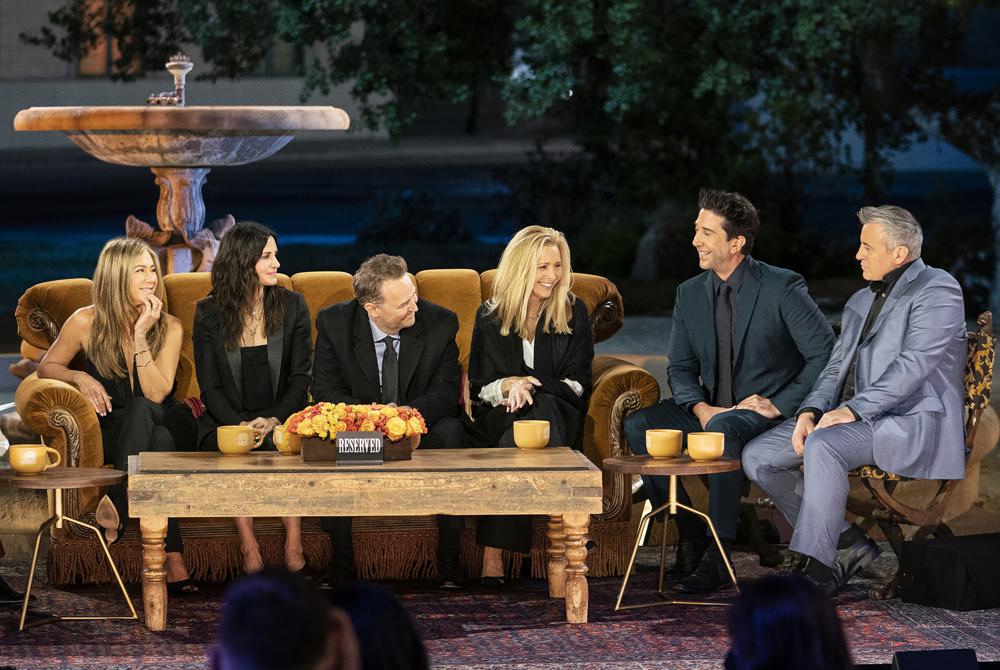 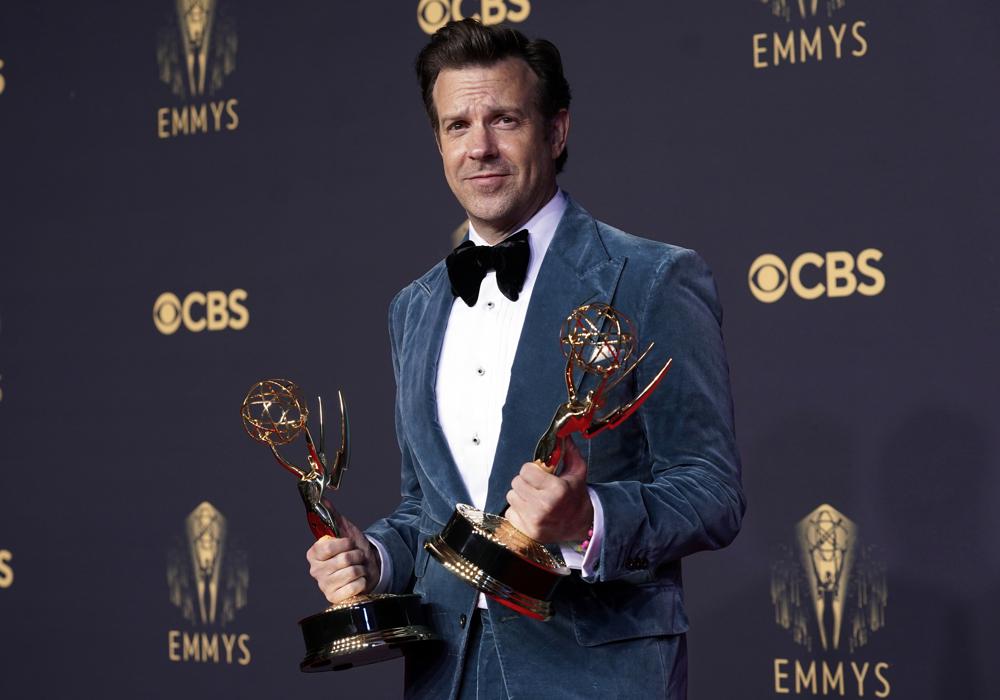 Who saw this coming? It’s BENNIFER! Almost 20 years after their very public romance, JENNIFER LOPEZ and BEN AFFLECK have found each other again, and they’re packing on the PDA, with paparazzi pics of kissing at dinner, on a yacht, on red carpets… The Internet rejoices. On a sad note, it’s the end of a rock ’n’ roll era as ROLLING STONES drummer CHARLIE WATTS — the beat AND heartbeat of the band — dies at age 80, just before the Stones go back on tour.

“There’s no place like home!” That’s the original Glinda, KRISTIN CHENOWETH, welcoming Broadway audiences back to “Wicked.” Enthusiastic post-pandemic theatergoers — masked and vaccinated — also flock to hits like “Waitress,” “Hadestown,” “The Lion King” and “Hamilton.” The Met Gala is back, with mandatory PCR tests and a decidedly young vibe led by hosts TIMOTHÉE CHALAMET (in sweats and high-tops), BILLIE EILISH, GORMAN, and tennis star NAOMI OSAKA. At the Emmys, it’s Lasso time, and also time to hail comedy heroine JEAN SMART, who takes a trophy and basks in her “JEANaissance.” New on TV: the South Korean survival drama “Squid Game,” making an audacious entrance. In the courtroom, music star R. KELLY is convicted of sex trafficking — a milestone in the #MeToo movement, especially for Black victims of sexual abuse. 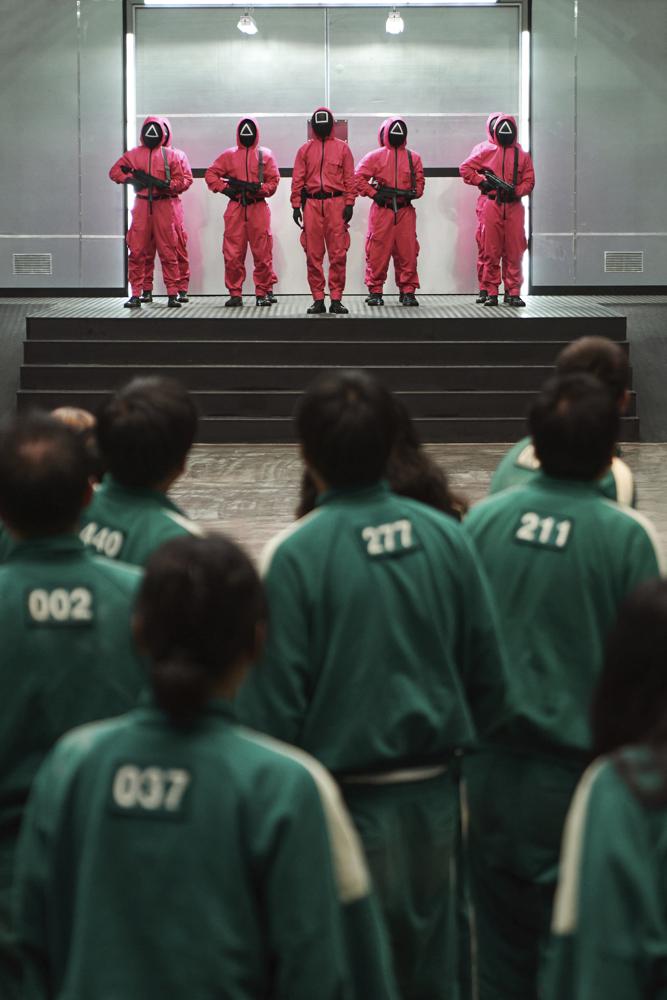 In an almost too-good-to-be-true, life-meets-art moment, CAPTAIN KIRK himself boldly blasts off into space. An overwhelmed WILLIAM SHATNER, at 90 the oldest space traveler, describes the atmosphere keeping mankind alive as “thinner than your skin.” DANIEL CRAIG makes his final Bond outing in “No Time to Die.” And while TONY SOPRANO may be dead or not, depending on how you viewed that diner scene in the finale, he’s back as a teenager in the prequel “Many Saints of Newark,” played by none other than MICHAEL GANDOLFINI, James’s son. The film, though, doesn’t thrive at the box office — unlike Sony Pictures’ Marvel sequel “Venom: Let There Be Carnage,” which enjoys a huge opening. Real-life tragedy strikes a movie set as a gunshot fired by actor ALEC BALDWIN accidentally kills cinematographer HALYNA HUTCHINS, horrifying an industry and spurring calls for all guns to be banned on sets.

It’s not quite a BEATLES reunion, but the PETER JACKSON doc “Get Back” gives hungry fans eight hours of yet-unseen footage. And it’s BRITNEY’s time: a judge finally terminates the conservatorship that controlled the pop singer’s life for nearly 14 years. “Best day ever,” she says. SWIFT releases a 10-minute rendition of the blistering single “All Too Well.” A saddened Broadway community says goodbye to

s://apnews.com/article/stephen-sondheim-musical-theater-a4ef685dd49259648991ebfbcef8bbbd">STEPHEN SONDHEIM, beloved titan of musical theater. Unimaginable tragedy strikes the music world: At a chaotic TRAVIS SCOTT concert, eight people (and later, two more, including a 9-year-old boy ) are killed as a crowd surges forward to the stage. 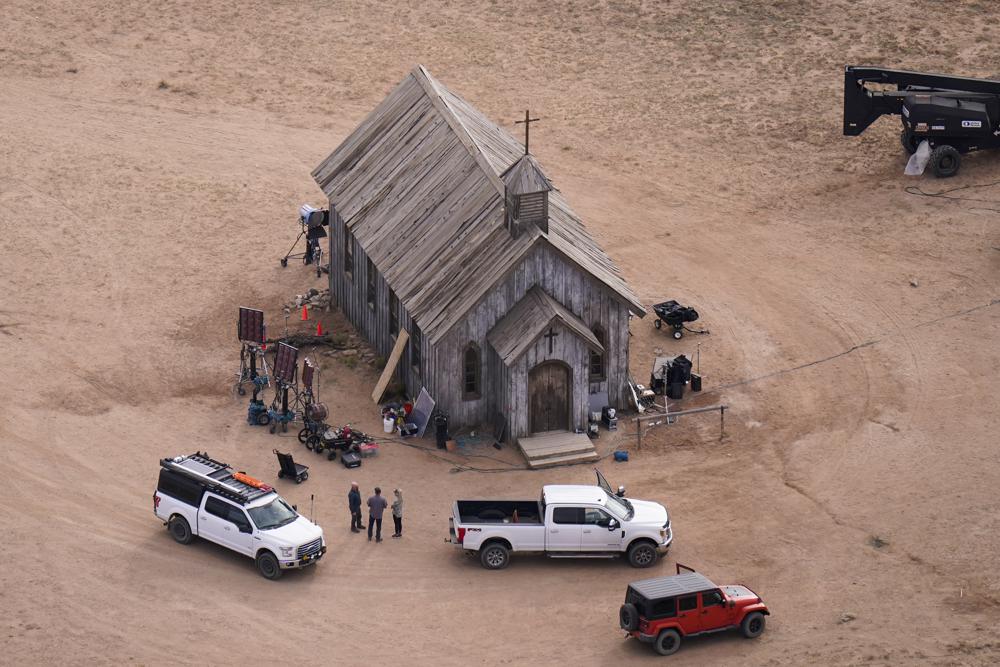 Sarah Jessica Parker, Cynthia Nixon and Kristin Davis in scenes from “And Just Like That.” (Craig Blankenhorn/HBO Max via AP)

More reunions and returns. SPIDER-MAN is back, as is 50-something CARRIE BRADSHAW (and buddies MIRANDA and CHARLOTTE but not SAMANTHA). Nostalgia peaks with the exciting new “West Side Story” directed by STEVEN SPIELBERG, with screenplay by TONY KUSHNER and vivid choreography by JUSTIN PECK. With more troubling pandemic news on the horizon, we can all do with a stirring distraction like this one — as we keep waiting, to paraphrase the Fab Four, to get back, get back, get back to where we once belonged. 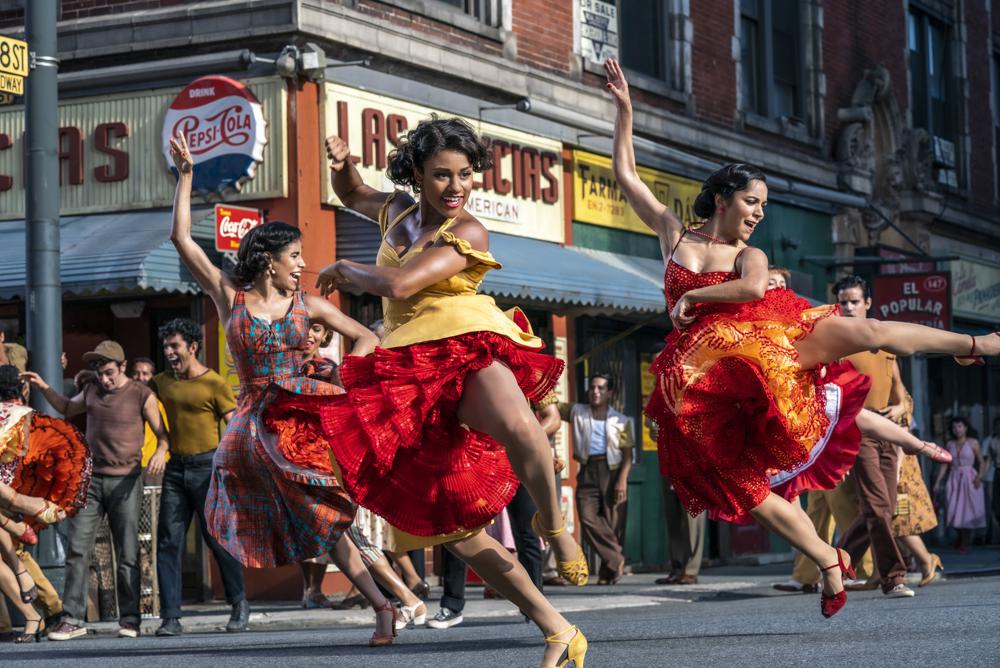