by Frances Martel Afghan families, deprived of humanitarian aid since the Taliban seized power in August, are increasingly selling their small daughters for meager amounts to old men to avoid starvation, multiple reports this week warned.

CNN broadcast in a report on Monday the sale of a nine-year-old girl named Parwana Malik to a 55-year-old “husband” for $2000. The CNN report noted that other girls can go for as little as $1000 each. The growing supply of child brides appears to be reducing their prices.

Various forms of pedophilia – from the sale of child brides to bacha bazi, the notorious boy rape practice – have long been endemic in Afghanistan. Some, among them bacha bazi, became more prevalent in the years during which the U.S.-backed Afghan government was in power. In 2013, the Afghan Parliament under the U.S.-backed regime voted against a proposed ban on child marriage, asserting it violated “Islamic principles.”

Widespread reports from the last three months suggest that child marriage for girls has skyrocketed during the second Taliban era. CNN reporter Anna Coren, who spoke to several of the families implicated, said they uniformly blamed their lack of access to food for making the decision to sell their daughters. As much of the world has frozen humanitarian aid to Afghanistan to avoid funding the Taliban, these families have reportedly lost the little access to basic needs they had prior to August.

Parwana Malik, the nine-year-old whose sale CNN filmed, appeared scared and dragged her feet as her “husband” took her away.

“My father sold me because we don’t have bread, rice, or flour. He has sold me to an old man,” she told the left-wing cable news outlet. Father Abdul Malik insisted, “I have no other choice” and urged the buyer to “please take care” of his daughter.

CNN found several other families seeking elder husbands for their small girls. One family said it had two daughters for sale at $1,000 each. Another sold a ten-year-old to a 70-year-old man.

“I will kill myself,” the ten-year-old told CNN if her family followed through with the sale.

“This has been around forever,” reporter Anna Coren stated in the report, but suggested that in light of the Taliban victory, “now it’s out in the open.”

The CNN report is one of many exposing a growing trend of similar marriages. Last week, the Agence France-Presse (AFP) found a family that similarly claimed that its members had to choose between selling their daughters – a six-year-old and an 18-month-old – or staring to death. 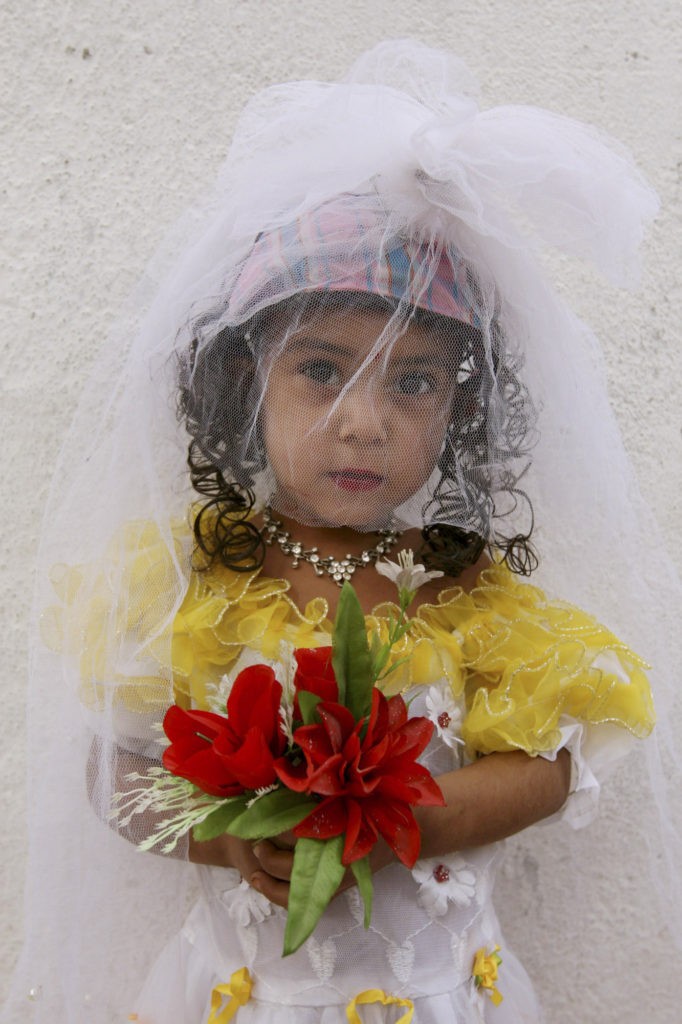 Three-year-old Sunam is dressed in a bridal outfit in Kabul, Afghanistan, Aug. 14, 2007. Sunam cannot talk yet, but her father Parvez agreed to engage his young daughter to her cousin Nieem, 7, because his sister, Fahima, Nieem’s mother, did not have a daughter and desperately wanted one. (AP Photo/Farzana Wahidy)

“My husband said if we don’t give away our daughters, we will all die because we don’t have anything to eat,” the girls’ mother, Fahima, told AFP. The news agency reported the elder girl’s price to be $3,350 and the toddler $2,800.

The Taliban took over Afghanistan after President Joe Biden announced an extension of the 20-year U.S. war in Afghanistan, seizing Kabul on August 15. No state actor has formally recognized the Taliban as a legitimate government, though no other entity is at press time competing with the Taliban for control of the country in any notable way. International institutions like the World Bank and International Monetary Fund (IMF) have frozen Afghan government assets to prevent the Taliban from using them. Taliban jihadists have blamed the growing humanitarian crisis in the country on their lack of access to this money – rather than their own incompetent terrorist rule. Enablers at institutions like the United Nations have warned that the situation for displaced and otherwise impoverished Afghans will worsen without a global investment in the Taliban.

“We must maintain a dialogue with the Taliban, where we affirm our principles directly — a dialogue with a feeling of solidarity with the Afghan people,” U.N. Secretary-General Antonio Guterres said in September. “Our duty is to extend our solidarity to a people who suffer greatly, where millions and millions risk dying of hunger.”

Taliban spokesmen have repeatedly urged foreign entities to recognize the Taliban as the formal government of Afghanistan and invest in its success.

“The money belongs to the Afghan nation. Just give us our own money,” an exasperated spokesman for the Taliban “finance ministry,” Ahmad Wali Haqmal, asserted last week. “Freezing this money is unethical and is against all international laws and values.” 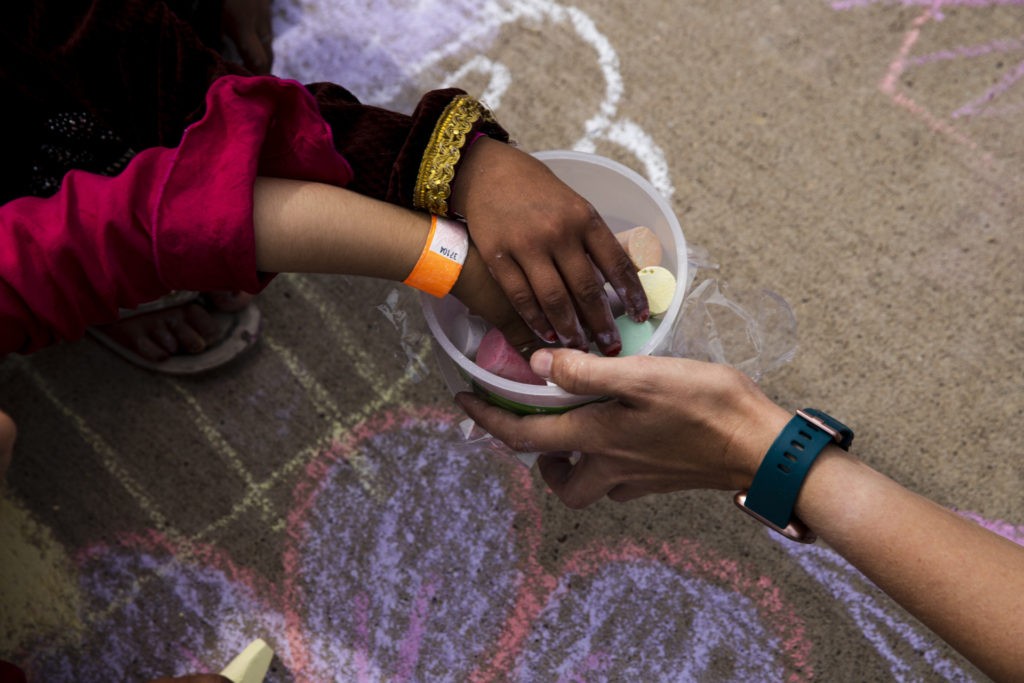 Afghan children take a piece of chalk at a children’s activity event held by non-governmental charities at Fort McCoy in Wisconsin. U.S. officials are looking into reports that in the frantic evacuation of desperate Afghans from Kabul, older men were admitted together with young girls they claimed as “brides” or otherwise sexually abused.  (Spc. Rhianna Ballenger/U.S. Army via AP)

Haqmal said in the same interview that the Taliban profits to the tune of $4.4 million a day from taxes on citizens but did not explain what the Taliban is using this money for, given the clear lack of funding for humanitarian support to poor Afghans.

The rise in child marriages has caused discord for U.S. Customs and Border Protection (CBP) as it has attempted to process Afghans attempting to flee the country in the aftermath of the Taliban conquest.

“U.S. officials at intake centers in the United Arab Emirates and in Wisconsin have found many incidents in which Afghan girls have been presented to authorities as the wives of much older men,” the Department of Homeland Security’s (DHS) Office of Intelligence and Analysis revealed in September. “Forced or coerced ‘marriages’ are indicative of the level of desperation Afghan families are willing to consider helping loved ones escape the Taliban and qualify for evacuation to Western countries.”

An anonymous American official told Yahoo News that CBP was “seeing a lot of family units with very young girls. These girls are brought into the U.S. as wives.”

“The reality is, overseas the vetting process sucks. There’s minimal vetting,” the official lamented. “So now we have a 60-year-old guy with a 12-year-old girl saying, ‘That’s my wife.’”