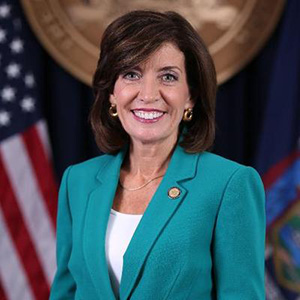 Governor Kathy Hochul, Attorney General Letitia James, New York State Comptroller Thomas DiNapoli, musicians, community leaders, and other special guests will gather in Times Square to generate awareness of the rise of antisemitism at the Shine A Light menorah lighting. The event will feature special performances and synchronized displays on Times Square’s billboards to celebrate the second night of Chanukah, Monday, November 29th. in Times Square (located at the intersection of 44th Street and 7th Avenue) in Manhattan. The menorah lighting event is expected to begin at approximately 5:30 p.m.

The event is part of Shine A Light, a national initiative which will illuminate the dangers of antisemitism through education, community partnerships, workplace engagement and advocacy. Shine A Light is partnering with over 60 American and Canadian Jewish and non-Jewish organizations and corporations to mount a comprehensive digital, print, broadcast and out-of-home media campaign; and offering educational resources for K-12 and workplace environments. This effort to increase awareness and action against antisemitism is unmatched in recent history.

Amid a widespread rise in antisemitism in North America, ADL (the Anti-Defamation League) has joined an unprecedented coalition of over 60 American and Canadian Jewish and non-Jewish organizations and corporations to launch Shine A Light, a comprehensive initiative to illuminate the dangers of antisemitism through education, community partnerships, workplace engagement, advocacy, and media.

Shine A Light uses the powerful story of Chanukah, the Festival of Lights, to champion the message that light can dispel darkness. It seeks to catalyze conversations within and across communities, on school campuses, and in the workplace, so that people will better understand what constitutes antisemitism and take steps to respond.

“On Hanukkah, families gather the world over to celebrate the triumph of light over darkness, and good over evil,” said Jonathan A. Greenblatt, ADL CEO. “After another year of horrific and violent antisemitic acts here in the U.S., it is our hope that millions of Americans from all walks of life will join in solidary with the entire Jewish community to say, ‘Enough is enough.’”

Across North America, antisemitism is on the rise. In 2020, ADL’s annual Audit of Antisemitic Incidents counted 2,024 antisemitic acts across the U.S., the third-highest year on record since ADL began tracking antisemitic incidents in the 1970s. In March, ADL also tracked a significant spike in antisemitic incidents during the increase in hostilities between Hamas and Israel, logging 251 incidents over the course of three weeks. And, according to the FBI, 55% of all religiously motivated hate crimes in 2020 were against Jews, who make up just 2% of the U.S. population.

As part of the coalition, ADL’s social media channels with highlight eight ways to shine a light on antisemitism, coinciding with each of the eight nights of Chanukah, and the organization will host national and local events through its network of 25 regional offices across the country. Also as part of the initiative, on Dec. 2 ADL is hosting a diversity, equity and inclusion (DEI) webinar for human resources professionals focused on addressing antisemitism in the workplace.