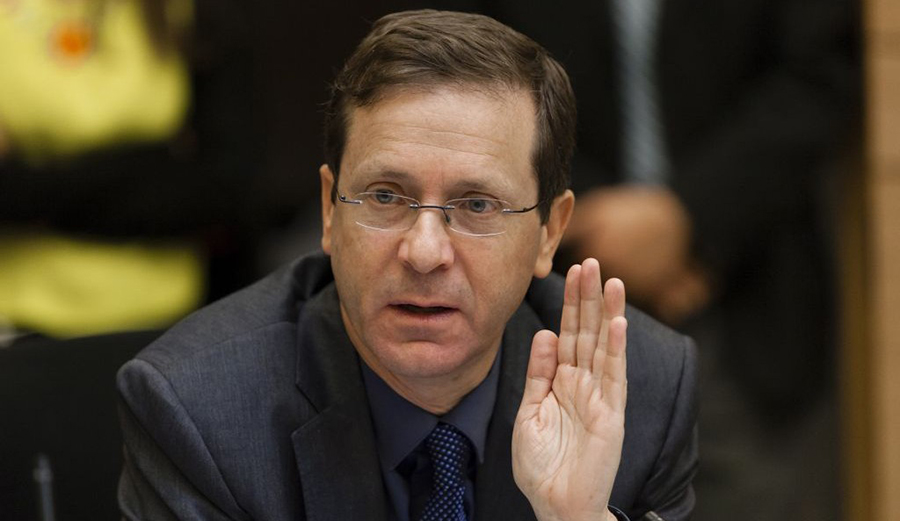 Israeli President Isaac Herzog has announced that he will attend a Hanukkah candle-lighting ceremony at the Cave of the Patriarchs on Sunday evening with the participation of Jewish leaders and residents of Hebron.

Herzog’s announcement drew opposition from the Hamas and the Islamic Jihad terror organizations, from the Palestinian Authority (PA) and from Israeli left-wing movements.

Believed to be the the burial site of the three Biblical patriarchs and matriarchs, the Cave of the Patriarchs is considered Judaism’s second holiest site and Islam’s fourth. The site houses both Jewish sanctuaries of worship and the Ibrahimi mosque.

Hamas official Ismail Redwan stated Friday that Herzog’s intent to “light the first candle for the so-called ‘Hanukkah’ at the Ibrahimi Mosque” is “a provocation of the Palestinians’ feelings and a blatant desecration of the sanctity of the mosque.”

Hamas later called on the Arab residents of Judea and Samaria to act with violence and “ward off this provocative move and confront the Israeli occupation aggression on the Ibrahimi Mosque.”

The Islamic Jihad released a similar statement, calling on the residents of Hebron to “put aside internal conflicts and to focus on Israel.” The organization said that “the entire Palestinian people should prevent [Herzog’s visit] by force.”

The Palestinian Foreign Ministry called Herzog’s planned visit “a dangerous precedent attempting to Judaize the site” and argued that such visits “provide support to the organized terror of settlers.”

Palestinian TV released footage of several Palestinian protesters opposing Herzog’s visit who arrived to the entrance of the site and clashed with Israeli soldiers positioned there hours before Herzog’s planned arrival.

The left-wing movement said it would also send several of its members to the Cave of the Patriarchs to protest the president’s visit.

“People have lost their minds,” he told Israel National News. “If an Israeli president, who doesn’t affiliate himself with the right, and does not see the Cave of the Patriarchs as a controversial issue or something political – why attack him? I don’t understand it,” Edelstein said.

“I wish our president a positive experience lighting a Hanukkah candle at the Cave of the Patriarchs,” Edelstein added. “It shouldn’t be different from when he goes lighting Hanukkah candles across Israel and in other historic sites.”

Following May’s 11-day battle in Gaza between Israel and Hamas, Israel decided to freeze the building of a handicapped-accessible entry to the Cave of the Patriarchs after the Palestinian Authority had deemed the move as “Judaization” of the site and threatened retaliation.

Despite the Palestinian opposition, the plans were initially approved by then-Defense Minister Naftali Bennett and were put on hold again in May by Defense Minister Benny Gantz.