At donors conference, Israel warns UNRWA is the problem, not the solution 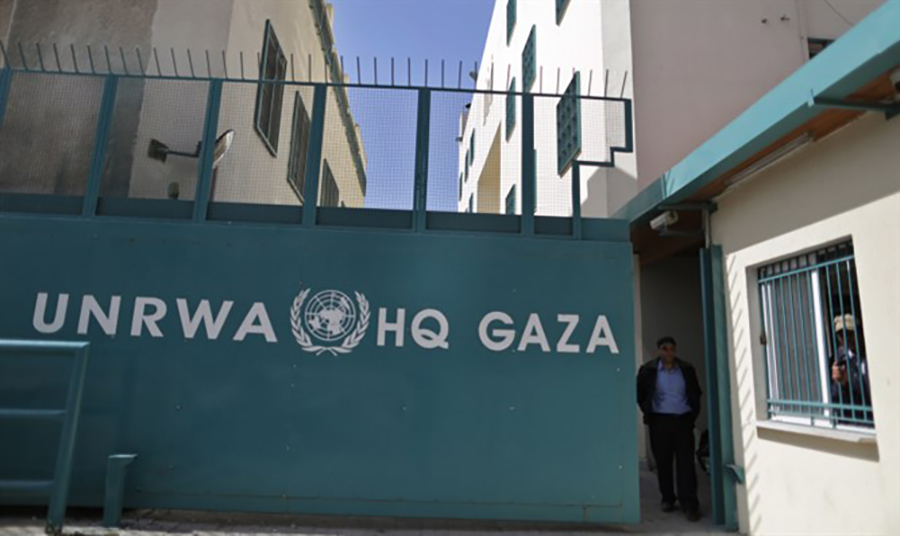 Several countries came together in Brussels on Tuesday to state political and financial support for the United Nations Relief and Works Agency for Palestine Refugees in the Near East (UNRWA), as Israeli officials warned that UNRWA is the problem, not the solution, and that it propagates antisemitism and terrorism in its classrooms.

UNRWA, which runs schools and social services in the Palestinian Authority (PA) and Arab countries around Israel, is claiming it is in a difficult financial situation and has therefore launched an extensive fundraising campaign.

The UN Watch delivered an appeal at the International Ministerial Conference for UNRWA, urging governments to demand accountability from the agency about allegations of anti-Semitism and incitement to terrorism by more than 100 teachers and other staffers.

A recent report by the UN Watch exposed that more than 100 UNRWA employees posted content on social media that spreads hatred against Israel and Israelis, encourages antisemitism, and supports terrorism. The August report uncovered cases of UNRWA staff incitement which clearly violates the agency’s own rules as well as its proclaimed values of zero tolerance for racism, discrimination, or anti-Semitism.

UNRWA reportedly suspended only six of the 113 employees named in the UN Watch report.

Hillel Neuer, executive director of the Geneva-based UN Watch, personally handed the appeal to Swedish Foreign Minister Ann Linde, the conference co-chair, as well as to other top officials at the International Ministerial Conference.

Standing outside the venue, Neuer called on the governments attending the conference to “finally hold the agency to account for its teachers who poison the minds of Palestinian schoolchildren with incitement to anti-Semitism and terrorism.”

“I’m here urging delegations from the US, EU, Canada, UK, France, Germany, Sweden, Netherlands, Italy, Australia, Switzerland and many other countries to demand that their money to UNRWA—our taxpayer funds—not go to teachers who glorify Hitler,” he stated.

Canadian Assistant Deputy Minister Sandra McCardell took the floor at the conference to underline “the critical importance of UNRWA upholding humanitarian principles including neutrality in its work.”

While UNRWA Deputy Commissioner-General Leni Stenseth claimed at the conference that “there are extraordinarily few verified breaches of neutrality,” Neuer asserted that “the opposite is true.”

In the absence of any official statement from UNRWA, UN Watch’s appeal to donor states asks UNRWA to reveal which 6 of the 113 named employees were reportedly suspended.

The Biden administration recently restored more than $300 million in US funding for UNRWA, contingent on a Framework Agreement in which the agency promised “clear, consistent and prompt administrative or disciplinary action for staff violations of UNRWA’s Neutrality Framework.”

UN Watch is now calling for implementation of this pledge. “UNRWA owes basic transparency and accountability to its donors before they transfer vast sums of taxpayer dollars,” said Neuer.

“It’s time that UNRWA honors its solemn pledge to the US and other donors to apply a real ‘zero tolerance’ policy, which means ensuring there is no place in the agency for teachers and other staff who incite racism, hate and violence,” Neuer said.

Ahead of the conference, the Hamas terrorist organization issued a statement urging support for UNRWA. “If your agency really does teach human rights, tolerance and peace, why would a terrorist group be one your biggest supporters?” Neuer asked UNRWA chief Philippe Lazzarini.

Israel’s Ambassador to the United Nations Gilad Erdan and the Israeli Mission to the UN have spoken in recent days with representatives of UN member states in a diplomatic effort designed to persuade states to condition aid to UNRWA on reforms and fundamental changes.

Erdan stated that “UNRWA has long been part of the problem and not part of the solution. Instead of functioning as an agency for humanitarian and educational assistance, the agency functions as a political body that promotes the Hamas narrative, allows incitement and delegitimization against Israel to be written in Palestinian textbooks and whose infrastructure is used by Hamas for terrorist activities.”

“UNRWA uses its funds and resources to disseminate and promote a Palestinian political narrative, in stark contrast to the mandate that the humanitarian aid agency should have,” he charged.

For example, UNRWA uses the term “Nakba” in its official platforms and often promotes the use of this political terminology. Nakba, the catastrophe, refers to the establishment of the Jewish State in 1948.

During Operation Guardian of the Walls in May, UNRWA issued “one-sided and scandalous statements” on its official platforms, “completely ignoring the incessant rocket fire on Israeli citizens and the war crimes of Hamas,” Erdan noted. “Worse, UNRWA does not monitor and prevent Hamas’ use of its facilities for terrorist purposes. We recently saw an example of this in a tunnel located under a UNRWA school in the Zeitun neighborhood of Gaza.”

He said that Israel “supports the provision of humanitarian aid to Palestinians as needed, but UNRWA has become a body that serves the delusional ‘right of return’ of the Palestinians.”