A Turkish hostage crisis in the making? - The Jewish Voice

A Turkish hostage crisis in the making?

By Ruthie Blum(JNS) The arrest in Turkey last week of an innocent Israeli couple on holiday illustrates the utter uselessness of diplomacy when dealing with evil regimes. And that of President Recep Tayyip Erdoğan, an openly anti-Semitic Islamist autocrat, is as bad as they come.

There are a few lessons to be learned from this ongoing incident, which Israel’s government and citizens would do well to internalize. Hopefully, President Isaac Herzog is rethinking his chummy July 12 phone conversation with the Turkish tyrant, with whom he “emphasized that Israeli-Turkish relations are of great importance for security and stability in the Middle East [and] agreed on the continuation of a dialogue in order to improve relations between our countries.”

Sadly, not one of the morals of the story is new. On the contrary, Erdoğan’s stranglehold on his country and destruction of relations with the Jewish state have been on a steady incline for decades.

But Israelis have a short memory and a long history of flocking to nearby Turkey at every opportunity. This has to do with its proximity and relatively low cost, both of which make it a favored destination for tourists from the Holy Land in search of good deals on all-inclusive packages for families and individuals alike. 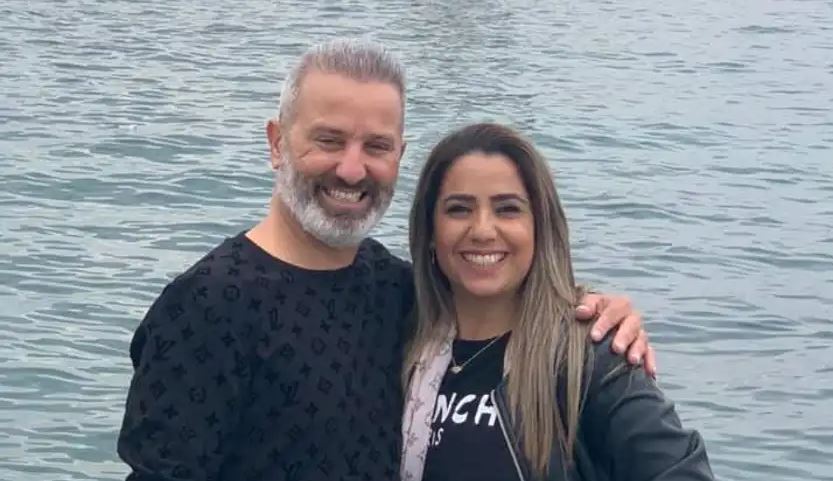 The current case of Natalie and Mordy Oknin, whose jaunt to Istanbul for a little rest, relaxation and respite from COVID-19 landed them in a Turkish prison, should serve as a cautionary tale. The Oknins, Egged bus drivers from Modi’in, were detained on Thursday night after they were seen taking pictures of the Turkish president’s palace. The Oknins were nowhere near the compound, however. They were snapping cell-phone photos from the observation deck of the Küçük Çamlıca TV Radio Tower, which provides a panoramic view of the city.

Seeing the Israelis engaged in the mundane tourist activity, a waiter at the site’s restaurant alerted police. Officers then arrived and hauled off the Oknins, accusing them of “political and military espionage.”

Since that fateful evening, the two have been in jail, awaiting indictment. So far, they haven’t been allowed contact with their family. It was only on Tuesday that each was visited by an Israeli consular official. And this was only after days of back-channel requests from Jerusalem.

Thankfully, the Oknins’ Israeli attorney, Nir Yaslovitzh, was granted a meeting on Monday with Mordy, who is in solitary confinement and begging to know how long he will be forced to languish there.

Meanwhile, Israeli Prime Minister Naftali Bennett and Foreign Minister Yair Lapid have assured the public that everything is being done to secure the couple’s release.

Israel’s leaders are making a point of treading delicately. Their hope is to have the Oknins home as quickly and quietly as possible without provoking Ankara into holding them indefinitely, perhaps for years. It is this reasoning that apparently led to the decision not to make waves by, say, imposing a ban on or even warning against travel to Turkey.

There is also speculation that the lack of serious coverage on the couple in the Turkish press indicates that there was no political impetus for their arrest.

Another question being raised is whether Erdoğan, who thus far has been mum on the matter, was involved in the decision to nab some Israelis in an effort to exert some sort of leverage, or if the whole thing was undertaken independently by Turkish law enforcement.

Talk about grasping at straws.

Bennett and Lapid surely know that the Oknins would already be on a plane back to Israel if Erdoğan were to give the go-ahead. He rules Turkey’s roost, and all attempts to gloss over that fact are counterproductive.

Let’s not forget that following the failed coup in 2016, he conducted a massive purge of suspected dissidents, incarcerating thousands of politicians, judges, police, professors and members of the media. Anyone who thinks that he can’t simply give an order to free the Oknins and have it obeyed is living in an alternate universe.

His deafening silence, then, bodes ill. It means that he’s mulling his next move—considering how to capitalize on the hostages in his captivity, the way that he took advantage of the 2010 Mavi Marmara affair.

Due to maneuvering by then-U.S. President Barack Obama, Erdoğan not only received an apology from then-Israeli Prime Minister Benjamin Netanyahu but oodles of cash to boot. One shudders to contemplate what demands he has up his sleeve this time.

Bennett has been stressing for Turkish ears that the man and woman in custody are not Mossad agents. It’s almost silly for him to have to give such a guarantee when it’s clear to all concerned, including Erdoğan himself.

In a chilling twist, shortly before their abduction—and that’s exactly what it was—the Oknins taped a video message in which they laud Turkey as a great destination for Israelis. They made the film at the request of another traveler who heard them speaking Hebrew and asked them to reassure his friend back home that Turkey was safe.

“You have nothing to be afraid of,” they say, smiling. “Turkey is fun. It’s safe. You can speak Hebrew freely here … they love us. Come on over.”

Ruthie Blum is an Israel-based journalist and author of “To Hell in a Handbasket: Carter, Obama, and the ‘Arab Spring.’ ”