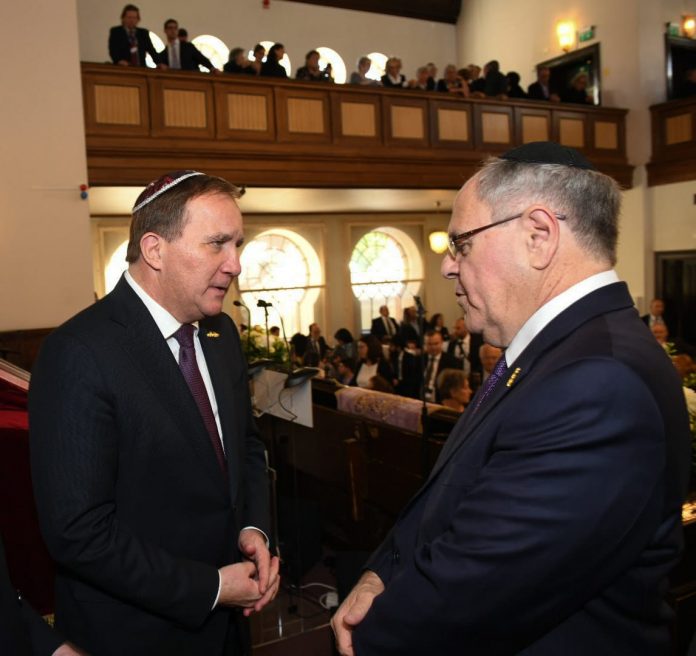 Yad Vashem Chairman Dani Dayan is in Malmö, Sweden taking part in the Malmö International Forum on Holocaust Remembrance and Combatting Antisemitism. Dayan will address the conference tomorrow (Thursday) at a session entitled “Preserving Testimonies and Developing Education for the Future.”

“I would like to express my sincere gratitude to Prime Minister Stefan Löfven of Sweden for initiating this timely and vital conference,” stated Yad Vashem Chairman Dani Dayan. “Against the backdrop of the alarming rise in antisemitism worldwide, the Malmö Forum provides an important international platform to raise global awareness of the need for Holocaust remembrance as well as an opportunity for government officials and the world community to join forces in the fight against this destructive and age-old phenomenon.

It is Yad Vashem’s mission to ensure that the voices of the victims and the testimonies of the survivors will remain accessible and relevant today and for future generations. Together with international partnerships, alliances and coalitions, these fundamental tools can help us push antisemitism back to the margins of our global society.”

On Tuesday at the Malmo Synagogue in advance of the October 13-14 Malmö International Forum on Holocaust Remembrance and Combating Antisemitism, a celebration of Jewish life in Sweden took place.

The Tuesday event showcased the history, vibrancy and resilience of the Jewish community, even during a period of heightened antisemitism in the region. Each year, Malmö’s Jewish community experiences scores of antisemitic attacks by extremist groups.

Speakers addressed measures to counteract hatred and antisemitism on the local and national levels. Swedish leadership has already publicly committed to devoting resources to democracy-strengthening initiatives in schools, public education and other education for adults, with the aim of counteracting antisemitism and other forms of racism.

At the end of March 2022, Sweden will assume the presidency of the International Holocaust Remembrance Alliance and has pledged to open the Swedish Museum of the Holocaust by July 2022.

The band Louisa Lyne & di Yiddishe Kapelye, whose members are from Malmö, performed at the synagogue event.