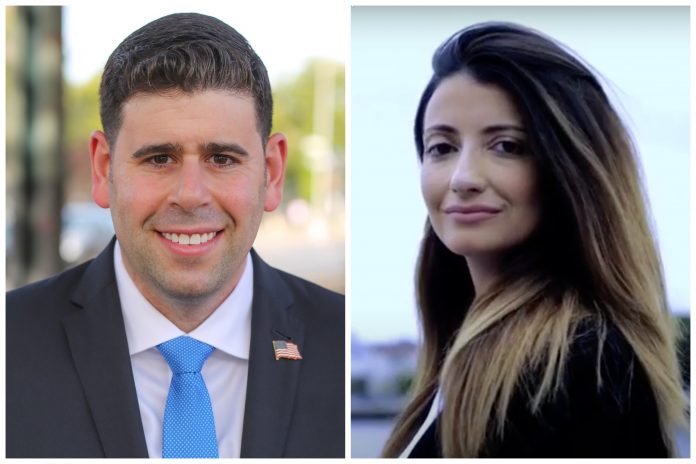 We broke down the closest City Council races ahead of the general election on Nov. 2 — and mapped who will be on the ballot in your neighborhood.

It’s been a busy year for would-be local leaders. Hundreds of people signed up to run for the City Council with a majority of seats up for grabs, making for a hectic primary season.

That list was whittled down in June, though some races were not called until August. Now, thanks to New York’s deep blue electorate, many primary winners likely will sail to easy victories in the Nov. 2 general election.

But not every Council race will be smooth going for Democrats. In neighborhoods with substantial numbers of Republican voters — particularly in parts of Brooklyn, Queens and Staten Island, where the Council’s three (and only) current Republicans hold office — the November election could be a nail-biter.

Will your district’s race likely come down to the wire? Here’s our guide to the most contentious City Council races this year — and a map where you can see who will appear on your ballot:

Singh, an Ozone Park teacher who is of Guyanese and Punjabi descent, would be the first woman and person of color to lead the district if she wins. But she has an uphill battle.

Her opponents are: Republican Joann Ariola, the chair of the Queens Republican Party who has previously, unsuccessfully, run for Queens borough president, State Assembly and City Council; and Kenichi Wilson, a member of a local community board running on a third-party line.

District 32 is a rare New York City swing district. Parts of the area broke heavily for former President Donald Trump in the 2020 election, especially in Breezy Point and Howard Beach, city Board of Elections records show. But among active and registered voters there, nearly 56% are Democrats.

Getting them to vote on Nov. 2 is the trick, Singh told THE CITY.

“The numbers are in our favor. It’s about getting people out to the polls,” she said.

Her team has been door-knocking, phone-banking and flyering every day and will continue the effort through Election Day, she said. The biggest topic discussed with voters is public safety — and her approach to the NYPD, she said.

Singh said the city should “expand from” the idea that feeling safe means “more cops, and cops responding to everything.”

Ariola, who did not respond to a request for an interview, has called Singh’s approach “radicalism.”

The two frontrunners are relatively close in campaign cash on hand heading into the homestretch. As of mid-October, Singh had spent $205,000 and had about $201,000 left in her campaign coffers, city Campaign Finance Board records show. Ariola had spent $122,000 in the race and had $185,000 left.

In the race to fill the seat vacated by Chaim Deutsch, a Democrat, voters in the distinctly purple district will choose between candidates who haven’t always been red or blue.

Current Democrat Steven Saperstein ran for City Council in 2017 and for State Assembly in 2018 as a Republican. His opponent on the GOP line, Inna Vernikov, a Ukrainian-born lawyer, used to vote Democrat, the New York Post reported.

That’s not unusual for the district, which voted nearly two-to-one for Trump over Joe Biden in 2020 yet almost always elects Democratic leaders in local government, the Jewish Voice reported earlier this month.

Now, Vernikov is banking on Trump fans to come out to the polls. She is a big supporter of the former president, and has made criticism of left-wing Democrats a central theme of her campaign.

Bay Ridge’s incumbent Councilmember Justin Brannan isn’t shy about his ambitions to become speaker of the Council. But first he has to win reelection in his politically mixed district.

First-time candidate Brian Fox, who runs a tech staffing company from his Bay Ridge apartment, is hoping to attract voters of all stripes there. The Republican is billing himself as a “law and order candidate” who wants to see more police on the street and plans to address what he called low morale among cops, he told THE CITY.

“Coming in, I will sit down with not only the captains, but the police commissioner and ask them, ‘What do you need? How can we help?’” he said.

Fox often criticizes Brannan on his vote to approve last year’s budget bill, which reallocated $1 billion away from the NYPD budget, saying it is a “vote to defund the police,” he said.

Meanwhile, Brannan dismissed Fox’s campaign as taking “a page from the old Q-anon handbook,” he said.

“He thinks COVID is a hoax, Trump is still president and apparently wants to make Bay Ridge ‘white again,’” he said, referring to past social media posts that suggest Fox supports a number of conspiracy theories popular with the far right.

“Brian knows how devastating COVID has been; he encourages people to get vaccinated, and he accepts that Joe Biden was duly elected president,” asid O’Reilly. “But Brian does oppose vaccine-card-check mandates on small businesses; he thinks it puts an undue burden on them.”

Republican nominee David Carr is looking to replace his term-limited boss, Councilmember Steven Matteo, to keep the Mid-Island Council seat in GOP hands. Carr has focused his campaign on a call to boost the number of NYPD officers.

“Public safety comes first and that means we need to support the men and women of the New York Police Department,” said Carr, a longtime Staten Island GOP operative and Matteo’s chief of staff. “Otherwise, we’re going to lose the progress that we’ve made in the 20 years before Bill de Blasio came to office.”

But the Democrats have put up a formidable candidate of their own: Sal Albanese, an attorney and ex-teacher who previously served on the City Council in Brooklyn.

The Mid-Island seat has been held by Republicans for over two decades. The area voted for Trump in 2020, but one longtime Democrat, conservative Assemblymember Michael Cusick, has been able to survive.

Albanese has more going for him than Democratic candidates in previous cycles. Aside from a sizeable campaign chest with $90,507 left: He has been endorsed by a slew of law-enforcement and firefighter unions and has been campaigning on public safety

It also helps that he ran against de Blasio, who is unpopular in the borough, in two mayoral primaries. Still, Republicans are trying to tie him to the soon-to-be former mayor.

“I need more fighters like David on the City Council with me — we cannot afford to send another DeBlasio Democrat to represent Staten Island,” another Council member from the borough, Joe Borelli, wrote in a fundraising note.

Albanese, meanwhile, has been telling voters and others that he believes de Blasio is the worst mayor the city has ever had.

“I’ve always appealed to broad based constituencies. It’s been my approach every time I run for office,” said Albanese. “Calling me a ‘Bill de Blasio Democrat’ is like a joke.”

George Wonica, a realtor, is running on the Conservative line, which could peel votes away from Carr.

Drabczyk, a public school teacher, threw her hat in the race after trying to encourage others to run for the South Shore seat before jumping in herself in November.

Drabczyk told THE CITY that South Shore voters deserve to have a more substantive political voice in the Council, rather than be part of the minority of the currently three Republican seats. She’s been campaigning on expanding universal pre-K and 3-K. The educator has also proposed a plan to have revenue from speed cameras –– the ire of many car-loving Staten Island residents — dedicated to local services.

“I am not a politician, I’m an outsider of politics and for a lot of people that’s positive here. They’ve been disappointed by the establishment and bureaucracy,” said Drabczyk. “I have had the day-to-day experience as an educator and what I’ll bring to the Council with that perspective is something voters will be refreshed by.”

Borelli, like many Republicans this cycle, has been campaigning against “defunding the police” and has been active in opposing City Hall’s vaccine mandates.

His campaign has also highlighted older tweets from Drabczyk that signaled support for the movement to “defund and abolish” the NYPD.

Two of those candidates really took no chances in the general election: by running on every party line. Yeger in his Brooklyn district will appear on the ballot as a Democrat, Republican and on the Conservative Party line.

Holden went a step further. He will appear on four lines: Democrat, Republican, Conservative and the “Save Our City” party, BOE records show.

Reminder: To see exactly who is on your ballot, use this tool from the city’s Board of Elections to find a sample ballot. Type in your address, click “Look Up,” then click “View Sample Ballot.”

If you have any questions about the election process, the candidates or any other information when it comes to voting in New York, let us know by sending a note to [email protected].