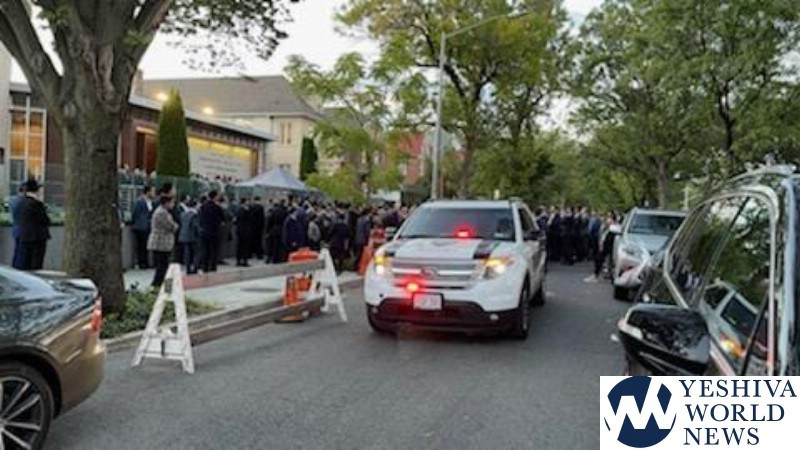 While Jews around the world were celebrating the festive holidays of Shemini Atzeres and Simchas Torah, a tragedy of monumental proportions rocked the Sephardic Jewish community of Brooklyn.

The Yeshiva World News web site reported that on Tuesday morning, while walking home from synagogue on Shemini Atzeret at approximately 11 am, two women were struck by a vehicle on Ocean Parkway and Avenue U. The mother and daughter were rushed by Flatbush Hatzolah to Maimonides Hospital in Borough Park, according to the YWN report.

Mrs Rahel (Rochel) Guindi, 90, a’h was pronounced dead and her daughter is in stable condition.

The levaya (funeral) was attended by a very large crowd on Wednesday afternoon (Simchat Torah) at the Shaarei Zion synagogue on Ocean Parkway. Subsequently, the nifteres was taken to the airport and flown to Eretz Yisroel for Kevura (burial).

According to the YWN report, two Flatbush Shomrim emergency response vehicles, which were manned by retired NYPD officers from Rosh Hashana through Sukkos, were requested by the NYPD to help at the Levaya with crowd and traffic control.

YWN reported that a preliminary investigation indicated that the driver of a 2016 Subaru Forester was traveling east on Avenue U and making a left turn onto Ocean Parkway when she struck the two victims who were crossing the street. The driver remained at the scene, and an investigation is ongoing by the NYPD Collision Investigation Squad.

May the family of the deceased and the entire community be comforted amongst the mourners of Zion and Jerusalem.