The Only Precedent I Have Found (Sort of) 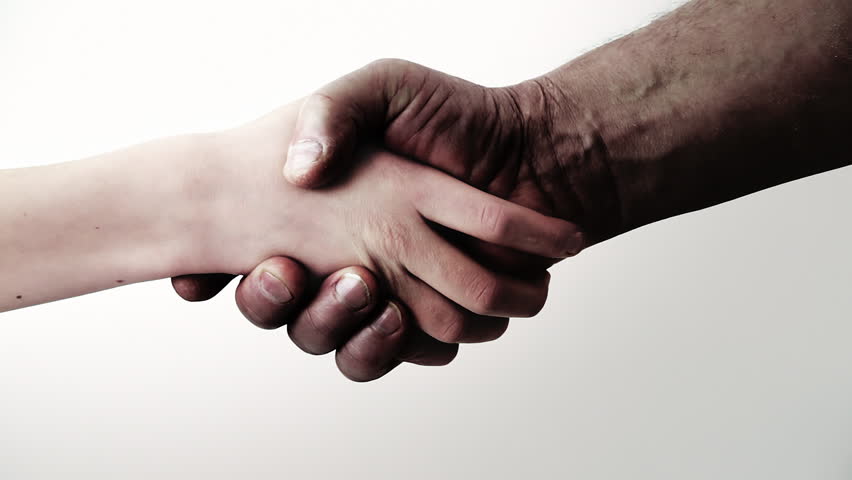 By: Bruce A. Hurwitz, PhD

Racism is a natural part of the human condition. I believe there is a difference, however, between racism and bigotry. If I look at a black man and think “criminal,” I would be accused of being a racist and a bigot. If I look at a black man and think “team player,” I would not be accused of anything. Both are “racist” because I am beginning my consideration/evaluation of the person based on their race. The negative conclusion or assumption is “bigoted” because it is negative – the majority of black males apparently have criminal records so he must be a criminal. The positive conclusion – based on the fact that apparently, the majority of black males are good at team sports – is not considered “bigoted.”

It’s nonsense, but it’s life. Our most important, our most dominant. sense is vision. We begin everything with what we see. And when we see a black person, we see black. Where it goes from there is what gets people into trouble.

So if you accept the above, continue reading. If you are only interested in political correctness, you might want to move on.

Although I was born in the United States, I grew up in Canada. There are, therefore, some things about American society that I have never really understood. The focus on abortion and guns immediately comes to mind. (Just because I know the history, doesn’t mean I understand it!) But one of my earliest childhood memories was watching Detroit burn (I actually think I remember the smell!) and, later, remembering it as “the murder capital of the world.” It was blacks burning and then murdering, for the most part, other blacks. I was friendly with the Canadian Customs agents and one day I asked, “Why doesn’t the trouble come across the border?” I’ll never forget the response, “Because we don’t let them across.” “Them” was not defined. It did not have to be. It was clearly understood, even by a dumb teenager, what was meant.

When I became a dumb adult, I wanted to understand racism in America and could never find why, a century and a half after (official) slavery ended, racism still existed. I like precedents. Have there been other peoples subjected, in the United States, to institutional racism who overcame it?

Well, I found two groups. Indians/Native Americans/Indigenous Peoples. We know how racism against them ended. Jews, who no longer face institutional racism. So why haven’t blacks been able to overcome the horrors them face following Reconstruction?

One thing I always asked myself, but was afraid to voice in public because I knew I would be attacked, was, Why, when the racial profile of a criminal was shown to be a black male between 17 and 45 (or whatever the ages are), didn’t the black community try to change the profile so that race would no longer be a factor in anticipating criminal behavior? If, for example, a quarter of all criminals were black, a quarter Asian, a quarter Hispanic and a quarter white, there would, by definition, be no racial profile of a criminal. (If it will make liberals and the proponents of political correctness happy, make it a fifth each and add Arabs. I would hate to be accused of leaving anyone out!) Race would be a non-issue accept when looking for a specific suspect.

Thanks to COVID-19, I have had plenty of time to read. One book I especially enjoyed was Ron Chernow’s The Warburgs. As often happens, I learned something that truly surprised me. And it was the precedent for overcoming systemic racism! I quote (page 98):

In 1908, New York’s police chief, Theodore Bingham, published an article entitled “Foreign Criminals in New York” which contended that Jews accounted for 50 percent of criminals in the city, although they comprised only a quarter of the population. A survey that year also found that three quarters of the prostitutes hauled before the New York City Magistrate’s Court were Jewish. Thus from a mix of fear, concern, and undeniable embarrassment, Schiff and other leaders tried to cure the abundant social ills among the Jewish immigrants.

Chief Bingham, who I am willing to bet, although I can’t prove it, was an anti-Semite, wrote that half of all criminals and three-quarters of all prostitutes in New York City were Jews. In other words, in 1908, the racial profile of a criminal in New York City was a Jew, not a black man or woman. A Jew.

So what did the Jewish community do? And, more importantly, what did it not do?

Well, to answer the second question first, it did not complain about “racial profiling” or “discrimination” or “harassment.” Instead of looking without, and blaming others, it looked within, and identified that those responsible for this unacceptable situation were the Jews themselves. So Mr. Schiff, and others, created the network of Jewish philanthropies dedicated to solving the community’s social ills. They realized that they had a problem which they had to solve. You can’t solve a problem by blaming others.

Of course, a Jew criticizing blacks for the society they have created for themselves, would not go over very well. (Yes they were dealt a terrible hand, but so were the Jewish immigrants at the end of the 19th Century. They were poor, unskilled, didn’t speak the language, and had lived, for the most part, through the horrors of Russian pogroms.) So there was no way I was going to write an article like this, which I have wanted to do since I read Mr. Chernow’s tome. Then, two days ago, I was watching the evening news and heard Dr. Shelby Steele, a man of whom I had previously never heard. I end with his interview, which I highly recommend you watch. It’s worth much more than the 8 minutes of your time it will cost you.

Bruce Hurwitz, the Amazon international best selling author of The 21st Century Job Search and Immigrating to Israel, is an executive recruiter and career counselor. He has helped scores (thousands if you include attendees at his presentations) of people, including veterans, not only change jobs but, on occasion, change careers. Having successfully transitioned from academia to non-profits to the recruiting industry, he has been there and done that! A five-star rated speech writer on Fiverr, he is the host and producer of the live-interview podcast, Bruce Hurwitz Presents: MEET THE EXPERTS