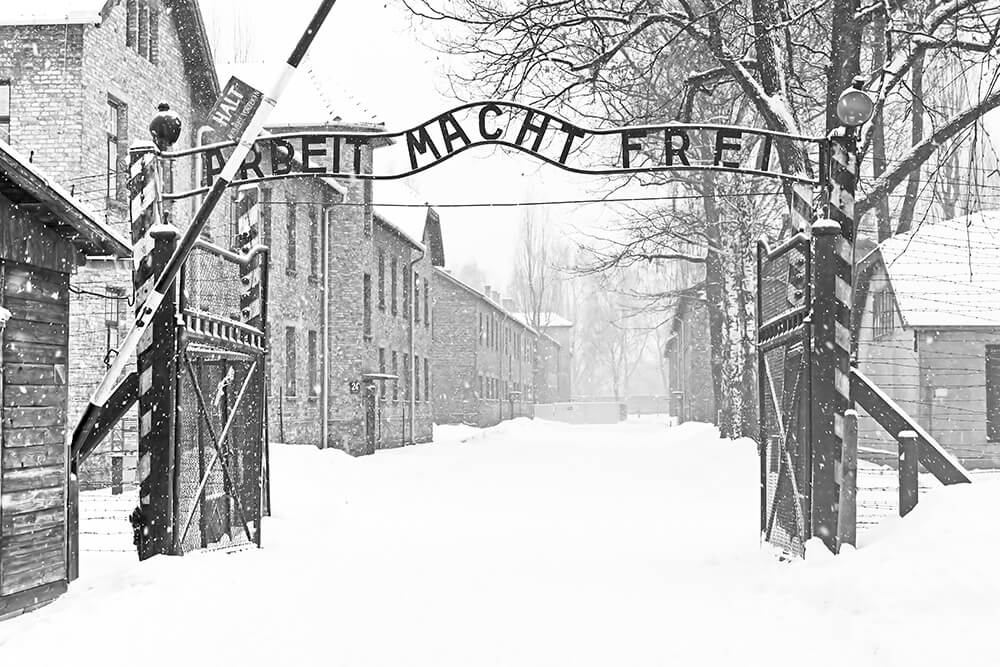 It appears that revising history and promoting Holocaust denial is in full swing down in the Lone Star state. According to an audio recording obtained by NBC News, a top administrator with the Carroll Independent School District in Southlake advised teachers last week that if they have a book about the Holocaust in their classroom, they should also offer students access to a book from an “opposing” perspective.

NBC News reported that the above statement was made last Friday afternoon by Gina Peddy, the Carroll school district’s executive director of curriculum and instruction during a training session on which books teachers can have in classroom libraries. This comment came days after a fourth grade teacher was reprimanded after a parent complained that the teacher in question kept a book that was critical of racism in her classroom.

A staff member from the Carroll school district surreptitiously recorded the training session and shared it with NBC News.

“Just try to remember the concepts of [House Bill] 3979,” Peddy said in the recording, referring to a new Texas law that requires teachers to present multiple perspectives when discussing “widely debated and currently controversial” issues, as was reported by NBC News. “And make sure that if you have a book on the Holocaust,” Peddy continued, “that you have one that has an opposing, that has other perspectives.”

“How do you oppose the Holocaust?” one teacher said in response.

Another teacher wondered aloud if she would have to pull down “Number the Stars” by Lois Lowry, or other historical novels that tell the story of the Holocaust from the perspective of victims. It’s not clear if Peddy heard the question in the commotion or if she answered, as was reported by NBC News.

NBC News reported that in a written response to a question about Peddy’s remarks, Carroll spokeswoman Karen Fitzgerald said the district is trying to help teachers comply with the new state law and an updated version that will go into effect in December, Texas Senate Bill 3.

“Our district recognizes that all Texas teachers are in a precarious position with the latest legal requirements,” Fitzgerald wrote, noting that the district’s interpretation of the new Texas law requires teachers to provide balanced perspectives not just during classroom instruction, but in the books that are available to students in class during free time. “Our purpose is to support our teachers in ensuring they have all of the professional development, resources and materials needed. Our district has not and will not mandate books be removed nor will we mandate that classroom libraries be unavailable.”

Fitzgerald said that teachers who are unsure about a specific book “should visit with their campus principal, campus team and curriculum coordinators about appropriate next steps.”

NBC News reported that Clay Robison, a spokesman for the Texas State Teachers Association, a union representing educators, said, “We find it reprehensible for an educator to require a Holocaust denier to get equal treatment with the facts of history. That’s absurd. It’s worse than absurd. And this law does not require it.”

In response to attempts to deny the veracity of the Holocaust in some of the nation’s schools, Rabbi Abraham Cooper, Associate Dean and Director of Global Social Action of the Simon Wiesenthal Center, a leading Jewish Human Rights NGO that teaches the lessons of the Nazi Holocaust said: “First, a principal in Florida is reinstated after he refused to say that the Nazi Holocaust was historic fact. Then, an administrator in a Texas school district tells teachers to balance Holocaust education with books denying it ever took place.”

He added: “In the 1930s, Nazi Propaganda Minister Goebbels declared — ‘If you tell a lie big enough and keep repeating it, people will eventually come to believe it.’

Rabbi Cooper continued: “In 2021, we live in an era when you are not only entitled to your own beliefs, but you can also create your own facts. And in our time, and no matter how outrageous the lie or slander, you can find validation for alternative ‘facts’ on social media.

Teachers have always been America’s frontline warriors for teaching core values to our children — chief among them critical thinking and discerning fact from fiction. That is no longer always the case. These individuals have turned historic fact into a multiple-choice question. This opens the door for denial and distortion not only of the Holocaust in our schools but of the history of our nation and the struggle against slavery and discrimination. G-d help us all,” Cooper concluded. (Additional reporting by Fern Sidman)