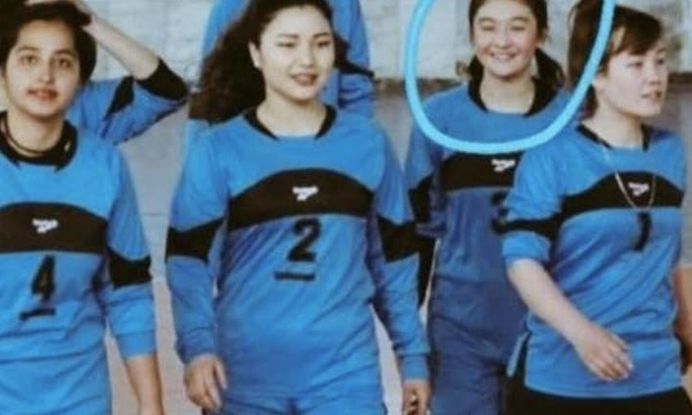 By Phyllis Chesler  The disturbing midnight phone calls began this past weekend in Kabul. The caller, a man, said that he represents a group known as “Humans First” and that the family is on a flight manifest out. Then, he requests personal information.

This is all a ruse. Also,

“People are now receiving phone calls in English that tell them to go to Bagram for evacuation and then they are never seen again.”

The Taliban have also resumed their house to house hunting, looking for anyone who worked for Westerners, but especially for girls who play sports, or sing, or write poetry, especially love poetry.

Apparently, just yesterday, they murdered a member of the Afghan junior women’s volleyball team. She was a Hazara, a Shii’a Muslim, a group which has been hated and persecuted by the Sunni Muslim Afghans. As one woman says:

“She was (slain) in Kabul by the Taliban because she was (part of a) volleyball youth team. The Taliban are the enemies of girls working out, singing songs, playing any sports. In their (mind), girls have to stay home and obey their fathers, brothers, and husbands.”

She was allegedly be-headed but her family was warned against saying so. Afghanistan is ISIS-like country and could easily have been the model for Margaret Atwood’s dystopian novel.

One woman tells me:

“I have never experienced such dark days like we are experiencing now. I curse the Taliban and have a lot to say but as long as I’m trapped here I can say nothing.”

What can my small group do—given that Germany and England have, apparently, finally (had to) shut their doors; given that it takes so much money to charter a plane; hire a pilot as well as on-the-ground men in-the-know to guide people to the airport? Then, one must pay ransom for each precious soul saved, and thereafter, for legal services here.

Who will come forward now to underwrite the rescue of these women and their families—immigrants rarely come alone?

Who will sponsor them in America? Who will do so at this moment in history?

I do not think that America should have stayed in that beautiful but cursed country for 20 years but the question of what our super-power relationship should be to a dangerously failed state remains a haunting one, and one with which we must wrestle.

How do we keep ourselves safe in America by exiting entirely, and so shamefully, from such a haven for Islamic terrorists? With not a single military boot left on the ground, with no eyes in the skies?

Also, do we—or do we not—have a moral responsibility since we allowed, no, we encouraged these same girls and women to come into their own in “western” ways, or at least in ways that are perceived as punishably “western”? In a sense, they are now our daughters too.

And, how much can America afford to subsidize the rescue of countless immigrants? Both from South and Central America—and from Afghanistan? What should our priority be?

Another woman tells us:

“As we hear and see, the situation is getting worse. I am searching for a way out. All the borders are closed. I do not feel safe anymore. May God bless us. If anyone has good news, please share it.”

Then, today, a woman says:

“An Afghan interpreter who was working for the Australians was just hanged by the Taliban. The Interpreter and his wife and children were in hiding, waiting for a humanitarian visa that did not come.”

The women sigh. Another says:

“You see, the Taliban kill poets and football players. Would they hesitate to kill politically active women such as myself? No! Maybe the next person the Taliban kills is me or you.”

One woman tells me:

“The Taliban have abducted dozens of people and, after gathering information from them, killed them. Sometimes they do not claim responsibility for the killings.”

Finally, a poet speaks out.

“When I hear about such slayings, hangings, I lose morale because while we are all similar, I may be the only poet here. I write love poetry. I write about men and women.”

Thank you one and all for having responded to this emergency before and for having sent funding.

For those who want to continue to fund or begin funding this ongoing evacuation of the innocent, please contact our lawyer, Melanie Shapiro, at info@melanieshapiroesq.com or at (781)461-0100. Or, you can donate directly via Paypal.

Here is the information about sponsoring.

The article was updated on Oct 21 with more information on Taliban’s abduction tactics.