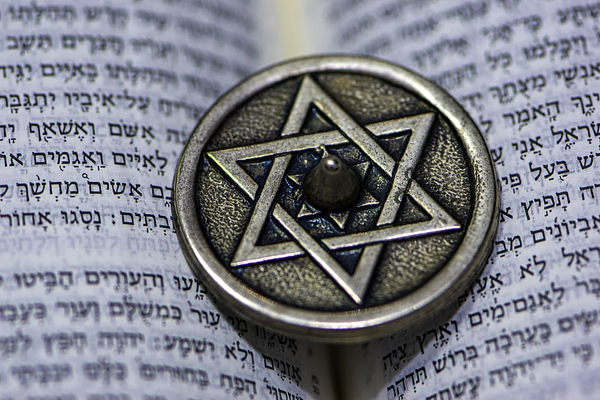 CHRIS TOMLINSON Malmö city archivist Anette Sarnäs decided to display Jewish books and posters books in the window of the city archive office only to be told to cover them to avoid potential vandalism.

The multicultural Swedish city is hosting a conference on the Holocaust this week and Ms Sarnäs decided to post the books and posters in the window to coincide with the conference and was shocked after she was told to cover them up.

“I was really upset and pissed off. I protested but the message I received was that it could be removed again on Monday when there are staff and security guards on-site,” she said, newspaper Expressen reports.

City archivist Adam Hidestål stated that the incident was a misunderstanding and that the purple blanket, which had been placed over the books, was later taken away.

“Of course, it sends an unfortunate signal that we absolutely do not stand for,” he said, claiming that the City Archives were “not afraid” to display such material publicly.

Parts of Malmö are being cordoned off for the conference on Wednesday, which was supposed to take place last year but was postponed due to the Wuhan virus pandemic.

According to broadcaster SVT, bus services in the city will be cancelled and there will be a no-fly zone over the city for those wishing to use drones that will be in effect from noon Monday to noon on Thursday.

“It takes some planning if you are going to move around the public space in Malmö in the next few days,” police spokeswoman Ewa-Gun Westford said.

Anti-Semitism has been a problem in Malmö for years, and the city’s Jewish community has spoken out about the issue in the past.

In 2019, the city’s Jewish Congregation, which has rapidly declined in membership in recent decades, warned that the congregation could disappear entirely and described the city as becoming a “no-go zone” for Jews.

Later that year, young members of the Jewish community in the city spoke out about their own personal experiences, with an 18-year-old stating, “Uncertainty means that you cannot go to school with a visible Star of David because then there is a high risk of being threatened, or that someone follows you from the school or even being beaten.”