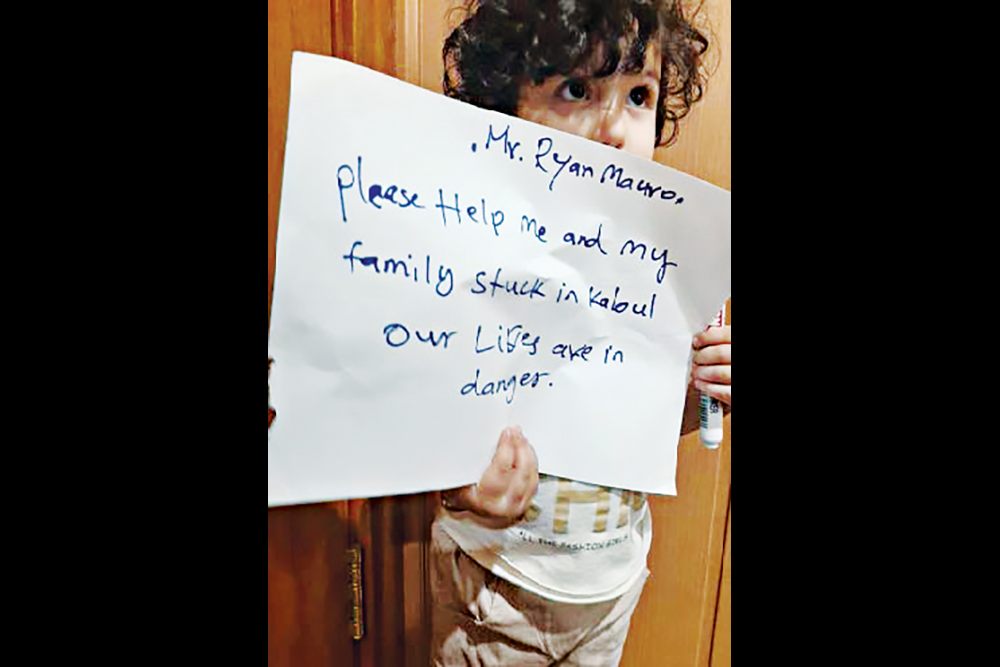 (Clarion Project) The millions of Afghans who fear the Taliban have an unexpected ally
working around the clock to help them: An Orthodox Rabbi in the United States.

Rabbi RichardGreen is the CEO of the Clarion Project, a non-profit educational group that monitors andcombats extremist threats.

When the Taliban took over Afghanistan, Rabbi Green and the Clarion Project’s Intelligence
Director, Ryan Mauro (a Christian), were deluged with messages from Afghans seeking rescue.
They reached out to Mauro initially because of his vocal support for the Afghan resistance
fighting the Taliban. Others involved in the evacuation effort knew of the Clarion Project’s data collection ability and requested help to collect and organize the data that they were receiving.

Within days, Clarion’s database of Afghans grew to 6,000 and it now stands at 15,000 people;the largest repository of data for Afghans seeking rescue.

Until the United States pulled out of Afghanistan on August 31, the database was used by
various organizations that were active on the ground to help transport Afghans to the airport and to help facilitate flights out of the country. The data base continues to aid organizations still actively rescuing Afghans in real-time. Altogether, the Clarion Project estimates it has assisted 1,500-1,700 Afghans, including 40 U.S. citizens.

When asked why an Orthodox Rabbi would dedicate himself to helping Muslims, Green said
that his faith obliges him to help those with the most need. “As an American and as an
Orthodox Rabbi, I have to help our allies and the victimized who will be tortured, raped, made into sex slaves, or killed. Their Muslim faith is not a consideration. The Talmud teaches that to save one life is to save the world,” Green said. Green and Mauro acknowledge, however, that particular emphasis must also be given to Christian converts due to the Taliban’s belief that “apostates” should be executed.

For Green, Mauro, and their Muslim partners, this effort brings to mind the story of Moses and the Exodus from Egypt that is central to all three Abrahamic faiths. As Green explained, “the people facing the wrath of the Taliban and those like them are, in some sense, one people. So, as Moses told Pharaoh to ‘Let my people go,’ we are similarly telling this Pharaoh, the Taliban, to let our people go.”