Putin to Bennett: Despite ‘problems’, we can still cooperate - The Jewish Voice 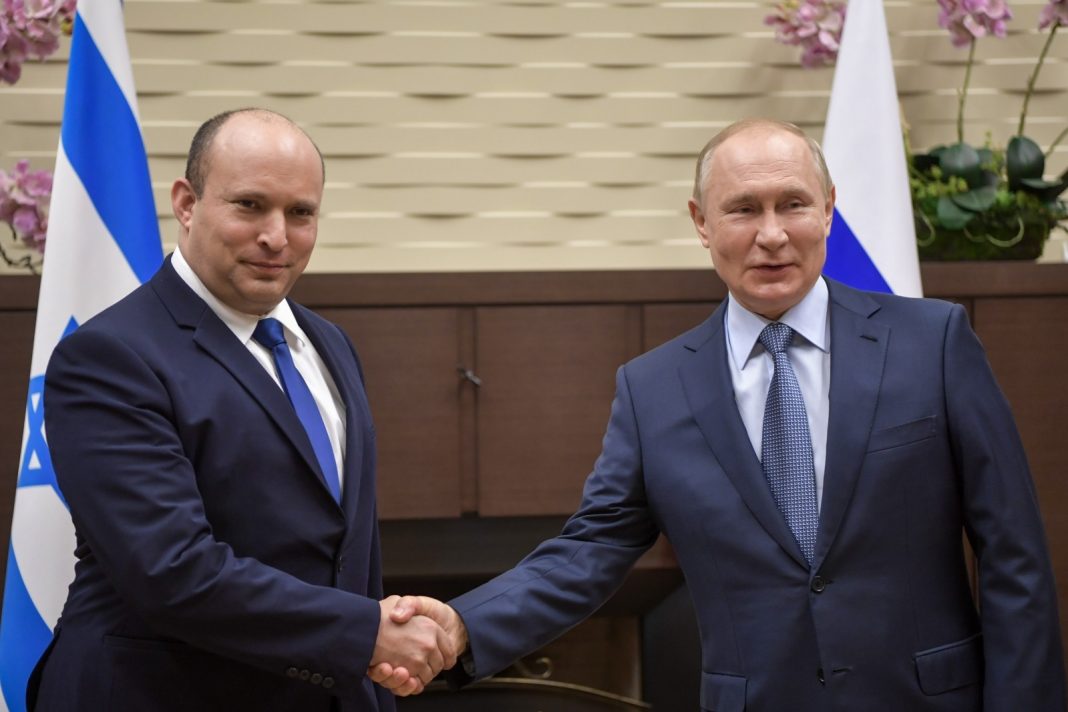 Prime Minister Naftali Bennett landed in Russia on Friday morning for his first planned meeting with Russian President Vladimir Putin in the resort city of Sochi, amid Iran’s efforts to increase its military presence in Syria and the growing threat posed by its nuclear program.

Speaking to reporters ahead of the meeting, Putin thanked Bennett for his visit, “marking 30-years since the renewal of our diplomatic ties,” and congratulated him again “for currently leading the Israeli government” after ousting former prime minister Benjamin Netanyahu.

Putin went on to address the shared history and the unique relationship that it has created between Israel and Russia. Specifically, the Russian president mentioned the role that the Soviet Union played in the establishment of the Jewish State and the Russian community that has flourished in Israel and is considered one of the world’s largest Russian-speaking communities.

Moving on to economic matters, Putin said that trade between Israel and Russia has increased by 50% in the past seven months. “This is a very important note and we will discuss it further,” he said ahead of the meeting, noting that the field of hi-tech will also be high on the meeting’s agenda.

But despite the positive aspects of the relations mentioned by Putin, the Russian president made sure to address the issue of Syria, a constant source of tension between Israel and Russia, caused by conflicting interests in the region.

“As you know,” Putin said, turning to Bennett, “we’re making an effort to rebuild Syria’s infrastructure. There are, of course, plenty of problematic topics,” he noted, probably referring to airstrikes attributed to Israel and carried out in Syria against Hezbollah targets and Iranian military infrastructure, which Russia has expressed opposition to several times.

“But there are also good opportunities for cooperation,” he continued, “especially in relation to fighting terror.”

Bennett thanked Putin for the warm welcome, saying that Israel’s relations with Russia “are very special because of the past, the present and the future.”

Bennett added that “right now, we are concluding the project of constructing a large museum in Israel to commemorate the Jewish soldiers who fought in various armies during World War II. But the special and significant contribution was in the Red Army, in which 500,000 Jews fought and 200,000 Jews fell during the war against the Nazis, in the Red Army.”

Addressing the situation in Syria, Bennett said that the issue will be discussed, as well as “our efforts to halt the Iranian military nuclear program.”

Finally, Bennett thanked Putin for being “a true friend of the Jewish people” and for leading the strong connection between the two countries for the last 20 years.

In a trip to Moscow last month, Foreign Minister Yair Lapid met with his Russian counterpart Sergey Lavrov and emphasized that while Israel “owes Russia” a lot, it will “not sit quietly while [Iran] builds terror bases on our northern border or supplies weapons to terror organizations intended to be used against us.”