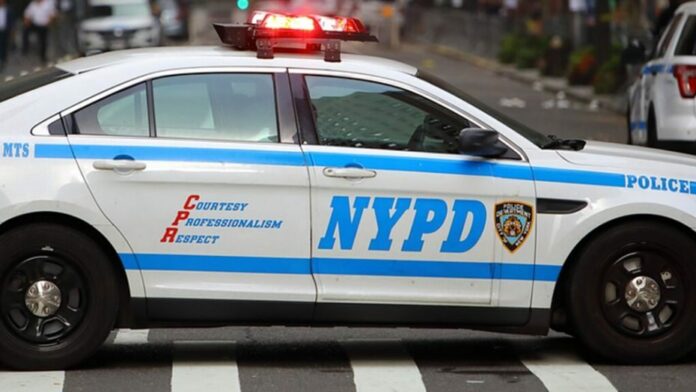 During a plea hearing on Wednesday in Brooklyn federal court, the New York attorneys who were accused of setting fire to an NYPD van with a Molotov cocktail incendiary device during one of the George Floyd protests pleaded guilty to one count, according to a NY Post report.

The device was made out of a beer bottle and has taken place outside the 88th precinct in the Fort Greene section of Brooklyn.

Prosecutors handling the case, however, revealed that the two lawyers involved in the fracas may have been plotting to burn down to torch One Police Plaza during the night in question.

The Post reported that at the plea hearing, prosecutor Ian Richardson told the court that attorney Colinford Mattis had communicated with his accomplice Urooj Rahman, prior to their May 30, 2020 arrest and gave instructions to “go burn down 1PP.”  Prosecutors have alleged that Mattis was behind the wheel of the vehicle they were both in when the Molotov cocktail attack took place,

Richardson added that Mattis said “bring it to their neck” in the text message he sent to Rahman, along with a Google Maps location of One Police Plaza.

The Post also reported that while protests went on in Brooklyn and throughout the city on that evening, Rahman sent a series of other messages to Mattis concerning the destruction that she was causing in the streets.

In one of the messages, Rahman said that she had “set a police car on fire. In another message, she added, “My rock hit someone. A cop of course.” In that message she added a smiley face emoji, Richardson said, as was reported by the New York Post.

In yet another example of Rahman’s enthusiasm about the wanton violence that was occurring she said in a text, “Molotovs rollin. I hope they burn everything down. Need to burn all police stations down and probably the courts too.”

The charge that the two pled guilty to at the Brooklyn hearing was one count of possessing and making a destructive device, according to the Post report.

As part of their plea deal, both Rahman and Mattis face a maximum of 10 years in prison. The Post reported that prosecutors are seeking to link their actions with domestic terrorism at their sentencing in order to seek a longer prison term for the pair.

They face a maximum of 10 years in prison as part of their plea deal, and prosecutors are seeking a “terrorism enhancement” at their sentencing in an effort to put them behind bars for a decade.

Subsequent to pleading guilty to the charges against them both Rahman and Mattis said they “deeply regret” their actions on the night they were arrested, as was reported by the Post.

Seeking to appeal to the court for mercy, both Mattis and Rahman told Judge Brian Cogan that over the past year, they sought treatment for psychological problems

The Post reported that at the hearing, Mattis, who had previously worked as an attorney at the Pryor Cashman law firm in Manhattan, told the court that due to alcohol abuse he had been hospitalized and was treated for depression and ADHD.

For her part. Rahman stated to the court that she had been treated for mood affection, anxiety and depression, as was reported by the Post. Rahman had struggled with these psychological problems throughout her time in college and law school, according to her attorney, Paul Schechtman.